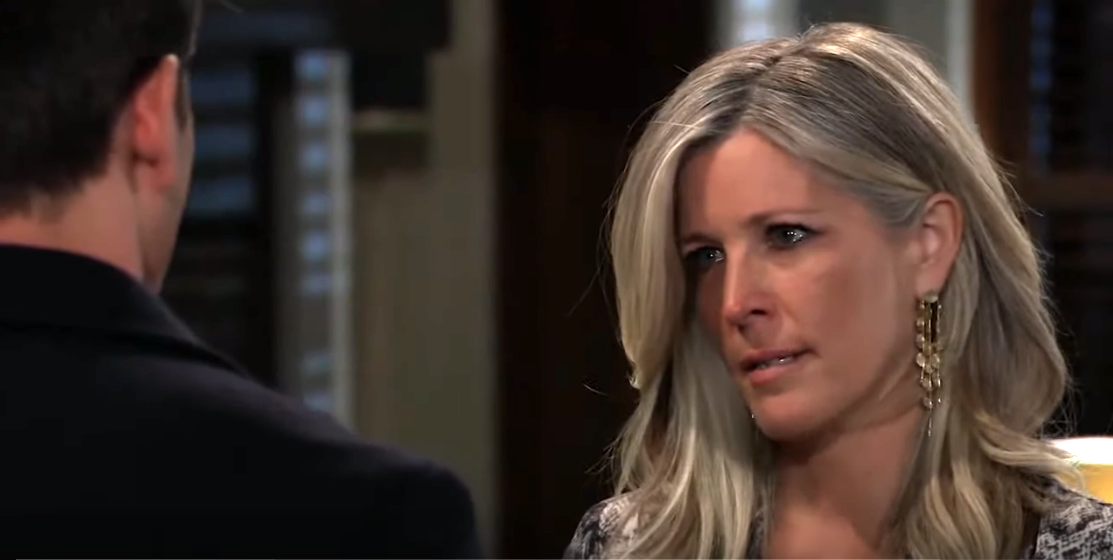 General Hospital’s Michael Corinthos (Chad Duell) didn’t have much to say when the truth came out about his son. Michael seemed to be in shock whereas Carly Corinthos (Laura Wright) immediately responded. Should Michael have been more vocal? Should Chad have been given more of an opportunity for an Emmy with this performance?

General Hospital’s Michael was truly stunned by this revelation. Michael knew that Nelle Benson (Chloe Lanier) was capable of anything but no one could have expected this. Brad Cooper (Parry Shen) knew all along who Wiley Cooper Jones (Theo and Erik Olson) was and yet let Michael be the godfather to his own son.

General Hospital Spoilers: Sonny And Jason Face The Music Together – Ready To Confront The Enemy

General Hospital Spoilers – Carly Corinthos Had To Push For The Truth

General Hospital’s Carly was the only person who seemed to be able to utter a word. When Lucas Jones (Ryan Carnes) announced who Wiley really was, nobody spoke. Somebody had to make sense out of what Lucas was saying. Lucas was not making a lot of sense and somebody needed to get the whole story out of Brad. Carly simply did what no one else seemed capable of doing. Carly got the answers that everyone needed. Carly did nothing that any other mother would not have done for their son who has just been blindsided.

General Hospital Spoilers: Sasha Breaks It Off With Michael, Doesn't Want To Be A Mom? #gh #generalhospitalhttps://t.co/NTOTXimdLg

It seems that even waiting well over a year for this reveal fans still did not get the payoff they wanted. A stronger finish out of Michael would have been so much more believable. Hopefully, fans get a bigger payoff with Michael attempting to keep Nelle away from Wiley.

In the meantime, don’t forget to come back right here for all of the latest General Hospital news, updates and spoilers on all of your favorite daytime television shows!