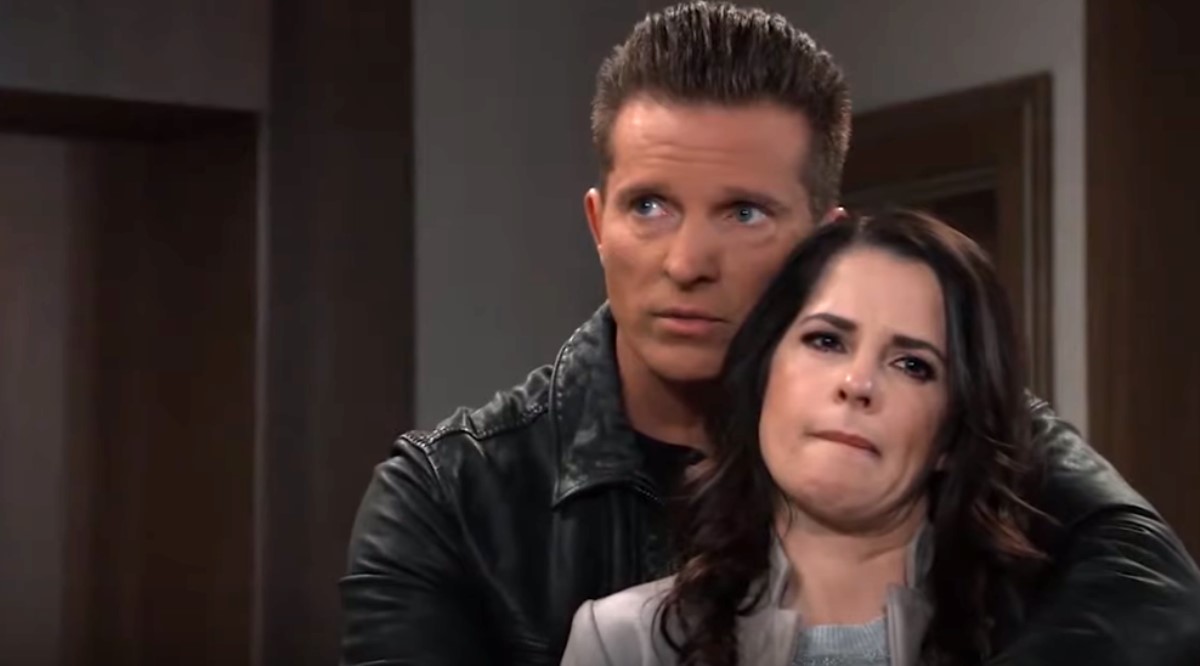 General Hospital spoilers tease that Jason Morgan (Steve Burton) will be of comfort to Sam McCall (Kelly Monaco) in an upcoming episode of GH!

General Hospital Spoilers – Sam McCall, Like Everyone Else At Her Brother Lucas Jones’ And Brad Cooper’s Going Away Party Was Impacted

Sam, like everyone else at her brother Lucas Jones’ (Ryan Carnes) and Brad Cooper’s (Parry Shen) going away party, was impacted by the revelation that Wiley Cooper-Jones (Erik and Theodore Olson) was really Jonah Corinthos and that Brad had kept this quiet for over a year and a half!

Sam had been named as guardian and Michael Corinthos (Chad Duell) as godfather for Wiley should anything happen to Brad and Lucas, at least until Sam had some legal problems stemming from the death of Shiloh Archer (Coby Ryan McLaughlin) who had been the real Wiley’s birth father. Lucas had named Willow Tait (Katelyn MacMullen) who was the real Wiley’s birth mother guardian right before the party, where he remembered that Brad had confessed the truth to him right before the crash that put him in a coma for several months.

General Hospital viewers will recall that Sam had put in a lot of work keeping Wiley safe from Shiloh, even teaming up with her and Lucas’ birth father, Julian Jerome (William DeVry) to go to the state office of vital statistics in Albany, New York to switch out Wiley’s birth paperwork with some fake paperwork that showed Shiloh wasn’t his father, and she and Jason had both risked their lives onboard The Haunted Star to save Wiley from Shiloh after he had kidnapped him after Dev Cerci (Ashton Arbab) had been in danger also, and Sam talked Shiloh into giving Dev the baby, who he got back to safety with the help of Peter August, (Wes Ramsey) who happened to be down at the dock taking care of other business and they encountered each other.

This situation on the Haunted Star nearly got Jason killed with a gaffing stick, and Sam in prison for defending him by shooting Shiloh in the back with a flare gun, which ended up with his falling off the boat and drowning! Sam is not arguing that the baby should not have been protected and rescued from Shiloh, but now they find out that he’s not even Shiloh’s and Willow’s baby to begin with, but Michael’s?

Sam is happy that Michael has his child, and she called Jason as soon as she heard so that he could tell Sonny Corinthos (Maurice Benard) that his grandson Jonah was alive, but she, Julian and Jason took a lot of risks that would have been unnecessary had Brad just told the truth to start with! Sam will miss being Wiley’s aunt, but since Jason is Michael’s uncle they are still family. However, Sam has some delayed reactions and gets upset about it all, and although they are taking risks at violating her parole, Jason will meet with her to comfort her in person – perhaps at the Corinthos house or one of their safe houses!