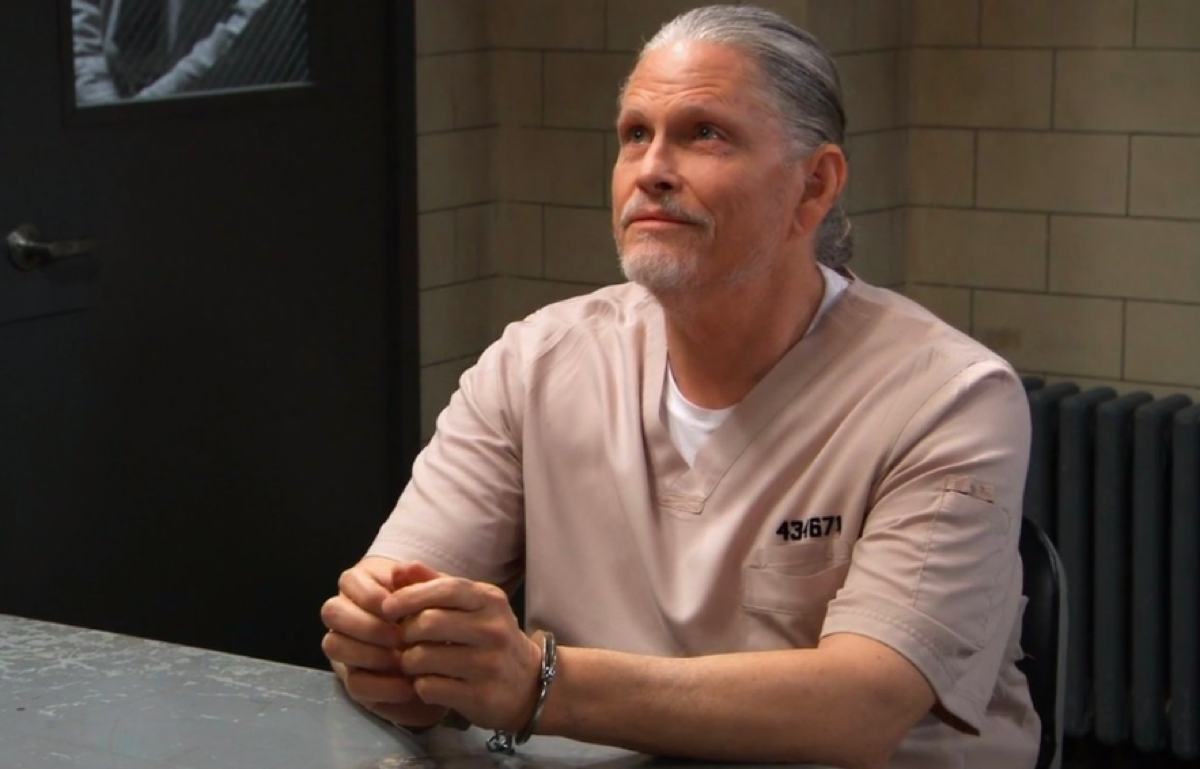 General Hospital (GH) spoilers for Wednesday, February 26, tease that Brook Lynn Quartemaine (Amanda Setton) will stand her ground. She just revealed her theory to Julian Jerome (William deVry), which involves his participation in the baby swap cover-up. Brook Lynn also suggested Julian might’ve had something to do with Brad’s tampered car – and it’d be a shame of Sonny Corinthos (Maurice Benard) had to hear about any of this.

Now it’s time to talk details. Brook Lynn will lay out what she expects in return for her silence, but she’ll drive a hard bargain. Nevertheless, Julian will feel backed into a corner. When Brook Lynn asks if Julian’s going to help her or not, Julian may have no choice but to cave in.

Over with Josslyn Jacks (Eden McCoy), she’ll assure Dev Cerci aka Dev Corbin (Ashton Arbab) that she cares about him. Dev may feel like nobody’s going to miss him once he’s at boarding school, but Joss certainly will. There’s a good chance that plan will change, but Joss may convince Dev to attend the winter formal for now. They might as well put all the drama on hold and have a little fun.

Other General Hospital spoilers say Ava Jerome (Maura West) will spar with Carly Corinthos (Laura Wright). The topic of Ava’s new marriage will come up during this faceoff, but Carly won’t be worried about that. She’ll suggest that Ava probably won’t be Nikolas Cassadine’s (Marcus Coloma) wife for much longer.

Meanwhile, Nik will find Elizabeth Baldwin (Rebecca Herbst) and once again seek support. However, Liz won’t be as patient when it comes to listening and dishing out advice. She gave Nik support on the whole Spencer Cassadine (Nicolas Bechtel) situation, but he’s on his own with Ava. Liz will contend that Nikolas made his choices, so now he has to live with them.

GH fans can also expect Laura Collins (Genie Francis) to seek answers. She’ll ask Curtis Ashford (Donnell Turner) and Jordan Ashford (Briana Nicole Henry) to fill her in on what they know about this mob war. Laura will wonder who’s be stupid enough to take on Sonny in the first place. Jordan will have to be careful about how much she spills, but it looks like she’ll indeed offer updates on Cyrus Renault (Jeff Kober).

Speaking of Cyrus, he’ll manage to bring some enemies together on Wednesday. General Hospital spoilers say Marcus Taggert (Real Andrews) will have a tense meeting with Sonny and Jason Morgan (Steve Burton). He’ll have some news about their mutual problem and will perhaps suggest joining forces as the solution.