The Bold and the Beautiful Spoilers: Wednesday, February 26 – Ridge Comes Through For Sally – Wyatt & Flo Prepare To Part Ways 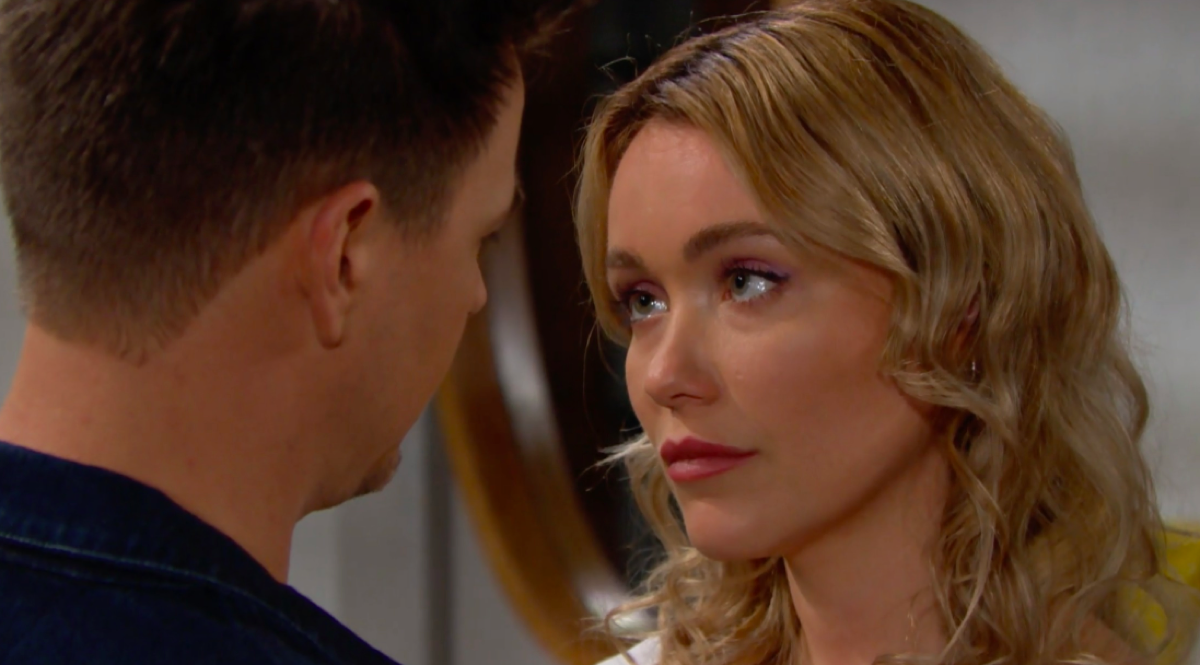 The Bold and the Beautiful spoilers for Wednesday, February 26. tease that Steffy Forrester (Jacqueline MacInnes Wood) and Ridge Forrester (Thorsten Kaye) will really step up for Sally Spectra (Courtney Hope). As B&B viewers know, Katie Logan (Heather Tom) has just told Steffy and Ridge about Sally’s terminal condition. They were understandably stunned, and now they have a decision to make.

Ridge and Steffy were prepared to terminate Sally from Forrester Creations before they heard the news. They just assumed that Sally would be bounce back from the news quickly, and they had no idea that her work was suffering due to a terminal illness. It appears that they’ll quickly nix their idea to fire Sally, and they’ll decide to do something else for her instead.

The Bold and the Beautiful Spoilers: Katie Determined To Save Sally’s Career In Fashion

The Bold and the Beautiful spoilers say that Steffy and Ridge will decide to do something remarkable for Sally. Realizing now that Sally’s symptoms and mental distress have been interfering with her designs, Ridge will take the essence of Sally’s sketches and complete them, tweaking them and making then runway worthy.

B&B spoilers say that Sally will be completely stunned on Wednesday’s episode when she learns that Ridge has salvaged her designs. She’ll be even more surprised to learn that he plans on using the designs in the Forrester couture collection. Sally’s vision will become a reality, and her designs will be immortalized thanks to Ridge and Steffy’s kindness.

Meanwhile, on Wednesday’s new episode of B&B, Flo Fulton (Katrina Bowden) will spend some nice time with Wyatt Spencer (Darin Brooks). As B&B viewers know, Flo was listening at the door as Sally met with Wyatt at Spencer Publications. Flo and Wyatt have devised a plan to temporarily separate, so that Wyatt can get back together with Sally during her final days.

It will be the ultimate sacrifice or the two of them, and it will be tough to be away from each other, but they’ll also be happy knowing that they’re doing the right thing for Sally. Ongoing B&B spoilers say that Wyatt will soon invite Sally to move back in with him, and that he will ultimately help her to live out the rest of her life in the best way possible.

Of course, the whole thing will be tough for Flo to watch, mostly because she feels terribly for Sally, but also because she’ll have to endure watching Wyatt be with another woman. But Flo is willing to make the sacrifice, as she feels that it’s the right thing to do for Sally.