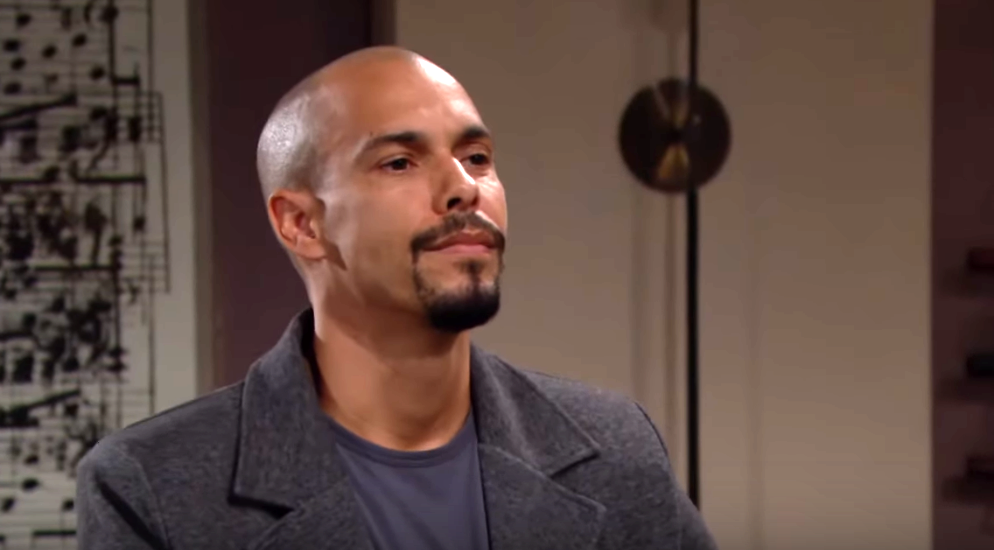 The Young and the Restless Spoilers – Devon Hamilton Was Tricked Out Of His Inheritance From His Late Grandmother, Katherine Chancellor

Viewers of The Young and The Restless will recall that a few months ago, Devon was scammed out of his inheritance that he had received from his late grandmother, Katherine Chancellor (Jeanne Cooper) through a series of confusing scenarios that brought Amanda Sinclair (Mishael Morgan) to town, who was also scammed by her client, who turned out to be con man Colin Atkinson (Tristan Rogers) which they found out after many people getting in on the investigation!

In the end, Devon gave the money to Cane Ashby (Daniel Goddard) who was shown to be the true heir after missing pages from Katherine’s original will were delivered to him in Las Vegas, after Cane was knocked out and shut up a storage garage, only for Cane to find his bank account had been drained by his own father, Colin, who took off with the loot! Cane went on a hunt for his father to retrieve the money!

Devon is sitting in Crimson Lights when he suddenly gets a text from a blocked number. It seems to be in some kind of code, and he suspects it might be from Colin. The first thing he does is call Chance Chancellor (Donny Boaz) who arrives shortly to take a look at the message and he agrees that it could be some kind of code, possibly longitudes and latitudes since it is a string of numbers.

Chance then notices Kevin Mitchell (Greg Rikaart) sitting at a nearby table and asks him to take a look at it, knowing Kevin not only is the IT guy for the Genoa City Police Department now, but also an experienced computer hacker.

When Chance tells him that they need his help cracking this code in order to take down Colin, who has been a thorn in the side of so many people in Genoa City, he quickly agrees, and tells Chance he will use his computer and hacking skills if necessary for anything he needs!

The Young and the Restless Spoilers: Mariah Freaks Out On Tessa, Suspects She Is Cheating https://t.co/5Ix24Q68EI pic.twitter.com/lT3IwW0uCX

Kevin always has his laptop along nearly everywhere he goes, and he pulls it out and immediately recognizes something in the pattern of the numbers and breaks through some firewalls to make a startling discovery – the numbers are to an offshore bank account, and not only that, the account is under Devon’s name and has a balance of $2,475 billion dollars – Devon is shocked!

That is the exact amount of all the money that was stolen from him! He thinks it’s too good to be true, however – and suspects another scam from Colin! Then he gets a new text – and it says, “Money can make a person crazy. All apologies, mate.” It seems too good to be true, but how can he trust this?

Why would Colin scam him into giving all his money to Cane and then steal it from Cane and then give it back? It’s crazy! But then – he can’t guarantee the text came from Colin – Cane did chase after Colin to get the money back, and maybe he finally has and the text is from him!