TLC Sister Wives Spoilers: Does Robyn Blame Herself For Kody And Meri’s Issues? 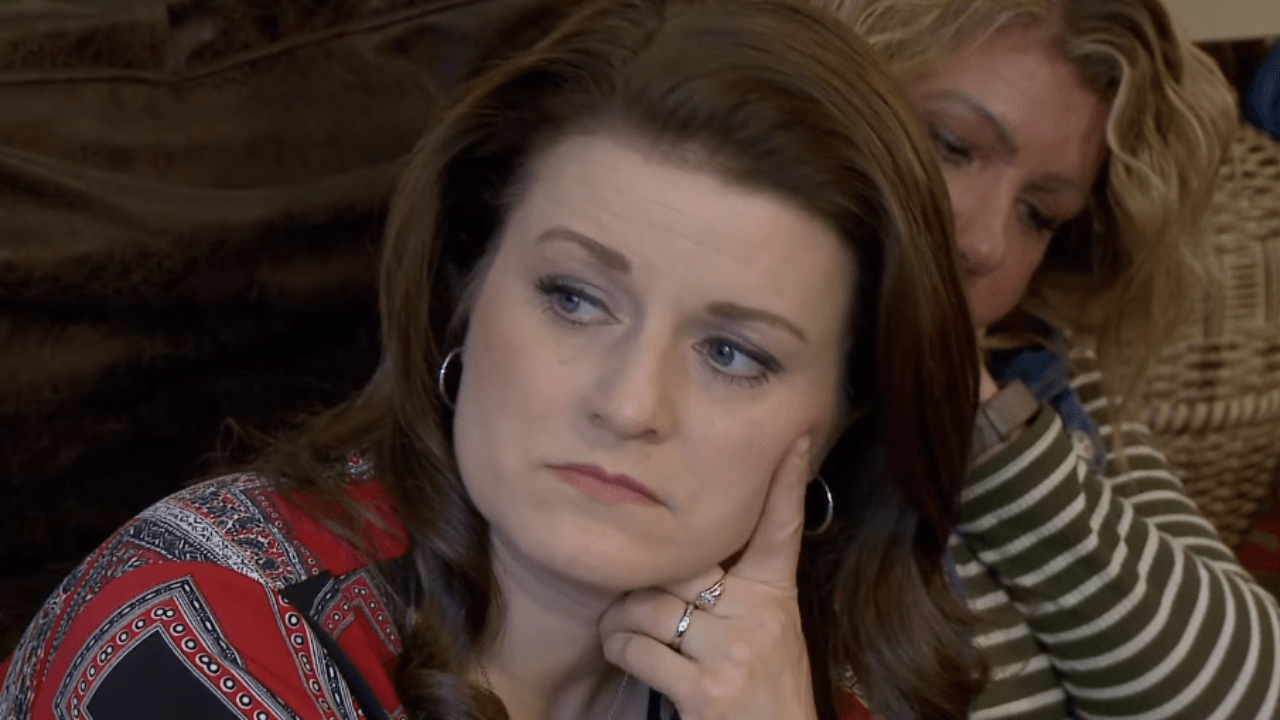 Previews for next week’s episode of Sisterwives shows Kody Brown yelling at Robyn Brown for defending her sister wife Meri Brown over the Coyote Pass Property. However, does Robyn feel the need to defend Meri because she feels like Meri and Kody’s issues are partially her fault?

Although Sisterwives’ Browns practice polygamy, there is still only one legal wife. Kody and Meri met in 1990 and were married shortly thereafter. Kody and Meri were married for 25 years before he divorced her to legally marry fourth wife, Robyn. Meri has been Robyn’s biggest supporter from the time she and Kody began dating and the two were close, at least for a while. Meri and Kody didn’t seem to have issues when she was the legal wife. Robyn even offered to carry a child for Meri and Kody, an idea that Kody shot down years ago.

Sisterwives Meri began having issues when daughter, Mariah Brown moved out of her house for college. Meri had wanted another child for some time but Kody refused any fertility treatments to allow Meri to have a child. Kody also refused the offer for his wife, Robyn, to carry a child for himself and Meri. Meri wanted to be happy in her family but after her divorce from Kody, she was catfished by a woman. Perhaps had Meri not been removed as the legal wife so that Kody could adopt Robyn’s kids, none of the issues that are coming between Meri and Kody would exist. At least without Kody’s insistence on not having another child with Meri, she would have been happily raising their second child instead of looking for companionship online.

Sisterwives Robyn knows that Meri gave up a lot so that she could be Kody’s legal wife. Meri wanted Robyn’s children to be adopted by Kody and this was the only way to do that. Meri selflessly stepped aside and divorced Kody for Robyn and her children. Robyn knows that Meri didn’t have to make that sacrifice. Robyn also knows that Kody could not have adopted her children unless they were legally married. Could Robyn blame herself for the downfall of Meri and Kody’s marriage? Perhaps Robyn sees past what Kody refuses to see. Robyn knows both sides of the coin as Kody’s wife. Robyn has been his legal wife and his non-legal wife. Robyn may not be blind to Meri’s feels, unlike Kody who hasn’t seemed to care for years.

Kody seems to want to put Meri as far away from the family as possible. Kody plans to put Meri’s house inside the treeline across a gas line easement. Does Kody’s choice of where he wants Meri’s house prove to Robyn that Kody doesn’t want a relationship with Meri and plans to treat her as an outcast? Does Robyn blame herself for Kody’s treatment of Meri? Come back here often for Sister Wives spoilers, news, updates and rumors!