Days of Our Lives Spoilers: Can Maggie Be Redeemed? Maybe But There’s No Turning Back From This 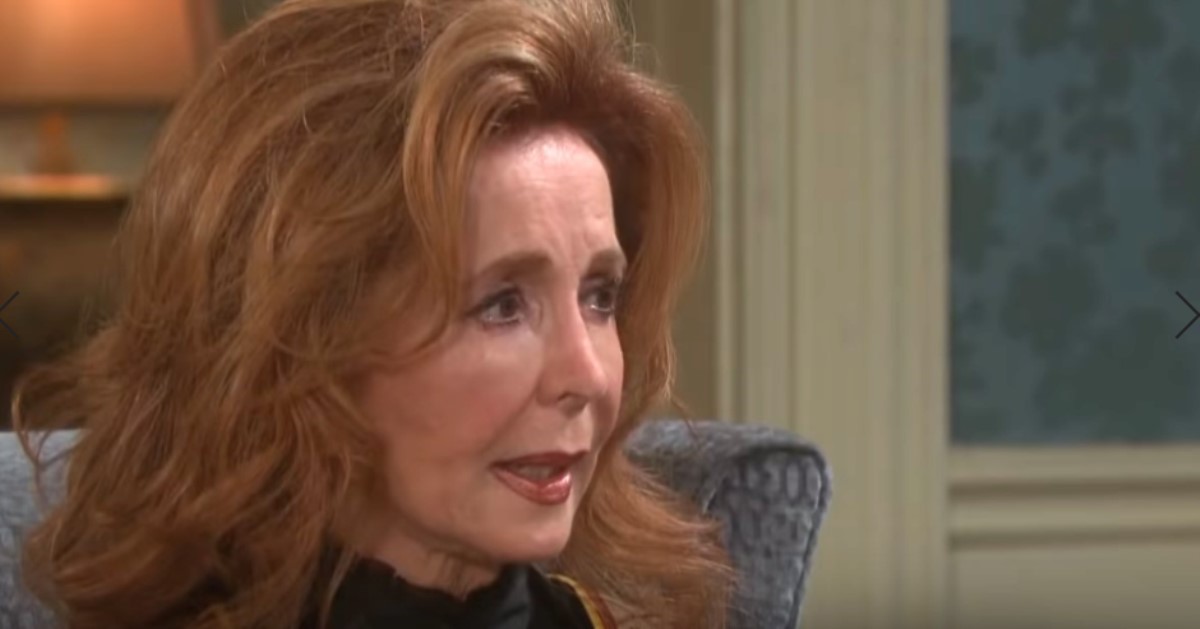 Days of Our Lives spoilers reveal Maggie Horton Kiriakis (Suzanne Rogers) will finally remember Mother’s Day and killing Adrienne Kiriakis (Judi Evans). It is a crime that Will Horton (Chandler Massey) has been paying for during the past year. Maggie will confess and turn herself in to the police. But is there any redemption story here? The actress discussed what fans can expect from her character.

Days of Our Lives Spoilers – Alcohol Relapse Gets Out Of Control

DOOL spoilers reveal that after Summer Townsend (Marie Wilson) comes to visit, Maggie ends up hitting the bottle. In the latest issue of Soap Opera Digest, Rogers discussed Maggie realizing that it is her fault that Adrienne died. She explained that in this storyline, the alcohol really got out of control. She kind of expected that but was stunned when she was told that Maggie would be responsible for someone’s death.

After realizing the truth, she confronts Victor Kiriakis (John Aniston) and Xander Cook Kiriakis (Paul Telfer). Even though she asks questions, they lie to her in an attempt to protect her. However, she ends up hating them for what was done. After all, she loves Will and he’s been paying for a crime she committed for the past year.

It is teased that Will gets released, but what happens to Maggie when she turns herself in?

Days of Our Lives Spoilers – Can Maggie Horton Kiriakis Be Redeemed?

Days of Our Lives spoilers reveal Maggie hates herself as much as she hates Victor and Xander. Now the big question is, can she be redeemed? Rogers had this to say in the latest issue of Soap Opera Digest,

“… the alcohol had gotten really out of control… I killed a friend. ‘I was like, ‘Oh, my God! Is there any redemption at the end of this rainbow that you’re painting for me?’ Albert [Alarr, co-executive producer] said, ‘Yeah, eventually.’”

DOOL Spoilers – Is She Really Guilty?

There was speculation that Maggie wasn’t really responsible for Adrienne’s death, even though it was shown in flashbacks. There was a theory that perhaps Summer framed her own birth mother for the crime. That could still happen, but right now, it seems that Maggie really is guilty.

As for how she will redeem herself, that remains to be seen. We know that Sonny Kiriakis (Freddie Smith) ends up hating her and berates the woman after finding out the truth. His marriage was destroyed as a result of this secret and not to mention the effect it had on Will’s daughter, Ari Horton. To see how this storyline could turn around and how Maggie will find redemption, keep watching the NBC soap opera.