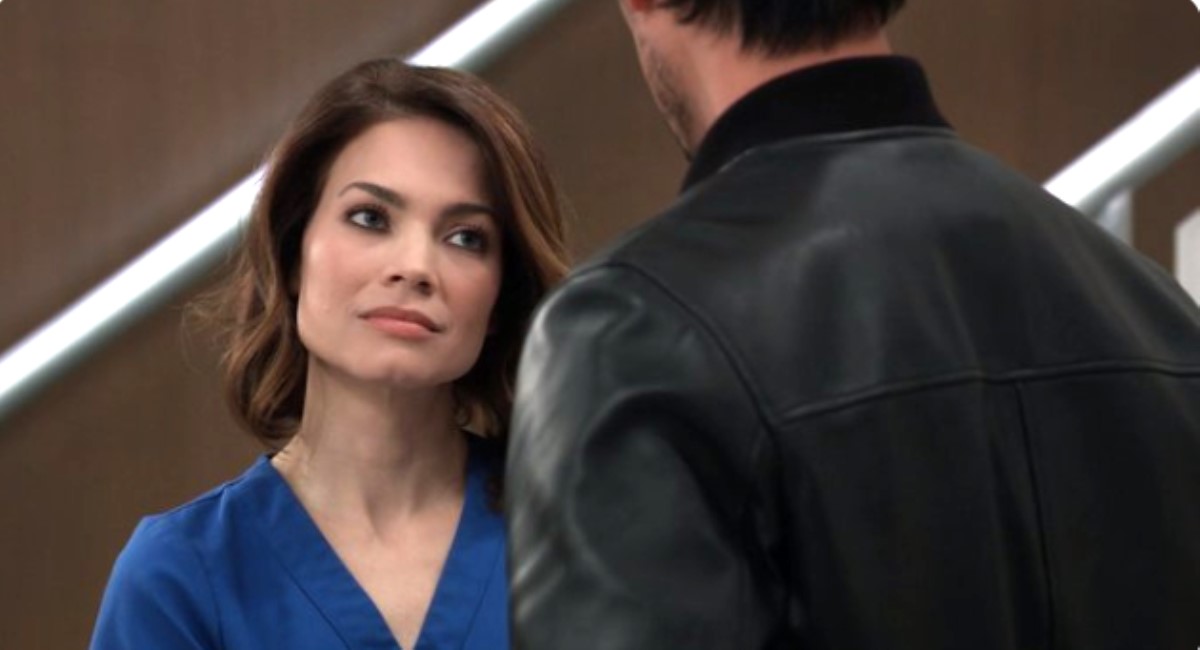 General Hospital (GH) spoilers tease that Elizabeth Webber (Rebecca Herbst) has been angry with Nikolas Cassadine (Marcus Coloma), mostly because of the disappearance of Hayden Barnes (Rebecca Budig), Elizabeth’s sister. But Nikolas has promised to bring Hayden back as soon as possible, and despite herself, it’s quite possible that her icy behavior toward Nikolas will begin to thaw.

Elizabeth and Nikolas have always been close, having spent their teenage years together. Most of the time they were involved with other people, but there have been times when Nikolas and Elizabeth have blurred the lines of friendship.

They had an affair when she was married to Lucky Spencer (Jonathan Jackson) and for a time Elizabeth wasn’t sure if Lucky or Nikolas was the father of Aiden Webber (Jason David). Lucky turned out to be Aiden’s father, and Elizabeth and Nikolas went back to being friends.

GH Spoilers – Nikolas Cassadine is back from the dead

Nikolas has been presumed dead for over three years and during that time, Elizabeth found love with Franco Baldwin (Roger Howarth). Franco and Elizabeth have faced insurmountable odds to be together, not the least of which was Franco’s serial killer past. Franco had a brain tumor which was the cause of his behavior but it’s taken a long time for the artist to make a life for himself. But he’s been a great father to Elizabeth’s boys and the two are happier now than they ever have been.

Nikolas is currently married to Ava Jerome (Maura West), although his previous marriage to Hayden Barnes (Rebecca Budig) may still be valid. But Ava and Nikolas signed a postnup that states that if either of them has relations outside the marriage, that person will be left with nothing in divorce proceedings. Ava has a vested interest in Nikolas not remaining faithful, so she may very well try to push Nikolas and Elizabeth back together.

The feelings between Elizabeth and Nikolas run deep so they may find themselves tempted if any of those old feelings resurface. But they both have a lot to lose if they do stray, so hopefully, they can find a way to deal with any lingering feelings instead of acting on them.

Will Elizabeth and Nikolas be tempting if any of those old romantic feelings start to come back? With Ava push Elizabeth and Nikolas together? Will they both lose everything they have worked so hard for? Only time will tell, so stay tuned to General Hospital airing weekdays on ABC. And don’t forget to check back here regularly for all your General Hospital news, information and spoilers!