General Hospital Spoilers: Baby Wiley Chaos Continues- Who Will He End Up With? 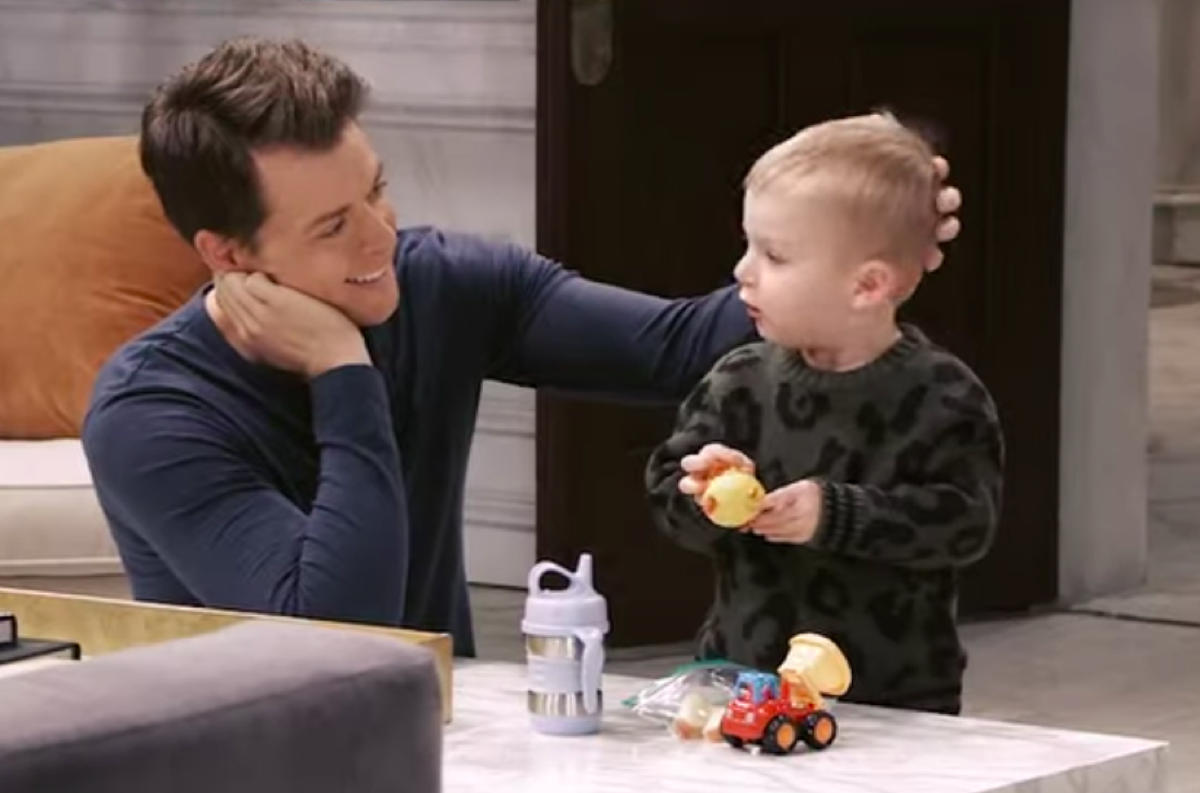 On “General Hospital,” Lucas Jones (Ryan Carnes) has finally remembered Brad Cooper’s (Parry Shen) confession before the car accident. The revelation has sent shockwaves to everyone involved. The unveiling of Wiley’s true identity would stir different kinds of emotions. Some will be happy while others will feel anger and devastation.

Spoilers for the week of February 24 hint that the Baby Wiley story continues and will kick off other story arcs.

For starters, Monica Quartermaine (Leslie Charleson) will be happy to hear that Michael Corinthos’ (Chad Duell) child has survived. She’ll be pleased to know that he has finally reunited with his long lost son.

Meanwhile, Michael will relish every second that he’s with Wiley. He finally gets to wake up in the morning with his son by his side. He’ll be excited to develop a deeper bond with his child.

Elsewhere, Nelle Benson Archer (Chloe Lanier) will make some shocking accusations. Since her plan to get away with her son failed, she’ll find someone else to blame and she’ll pin all of it on Brad.

Upcoming scenes will show both Brad and Nelle locked up in jail. The latter will insist that Brad stole the baby when she was unconscious but Carly Corinthos (Laura Wright) won’t believe her lies and thinks that her spin is a typical Nelle move. She’ll warn Nelle to stay away from Wiley but the latter will find a way to get out of jail.

As for Julian Jerome (William deVry), he’ll worry that his name will get dragged into all the baby drama. He definitely doesn’t want to go down with Brad, which is what will happen if he doesn’t do what Brad asked of him. The latte demanded Julian get him a good lawyer who can help him beat the charges. If he goes to prison, Brad promised he’ll rat Julian out.

Sam McCall (Kelly Monaco) won’t believe Julian when he says he had no idea about Wiley. She’ll also blast him for helping out Brad. She’ll consider his actions as disloyal to Lucas, who continues to be in pain not only because of the injuries he sustained during the accident but also due to the shocking revelation about Wiley.

Willow Tait (Katelyn MacMullen) will struggle to cope with the confession that her son is dead. Michael will offer her a place in Wiley’s life but she may end up rejecting it at first. She may consider cutting ties with the kid but she may change her mind later on.