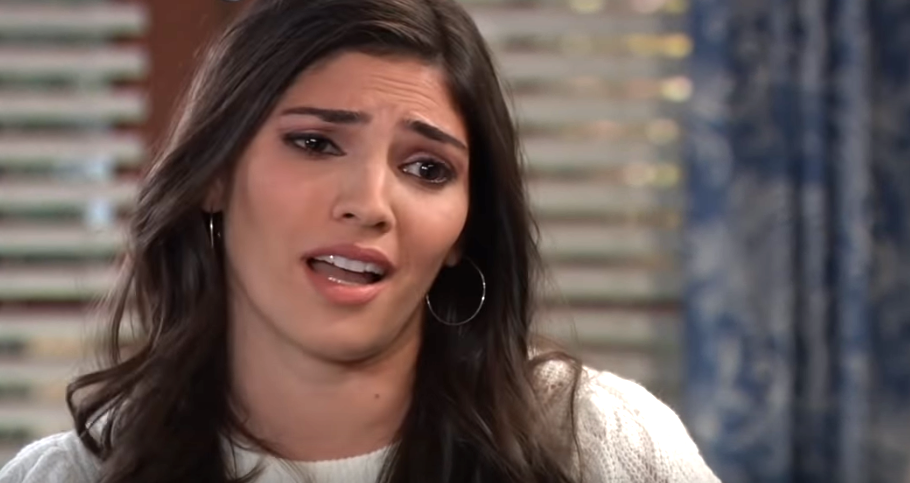 General Hospital spoilers tease that Brook Lynn Quartermaine (Amanda Setton) will lay out her terms to Linc Brown (Dan Buran) in an upcoming episode of GH!

Brook Lynn put two and two together and came up with a plan that even Valentin Cassadine (James Patrick Stuart) might be proud of if it weren’t against his best interests in trying to get the Quartermaine estate! Brook Lynn is acting a whole lot more like a Cassadine or Liesl Obrecht (Kathleen Gati) than she is a Quartermaine this time!

She decided to fight fire with fire and dig up some dirt on Linc in order to blackmail him into letting her out of her contract, or “leverage” as Valentin or Liesl might put it! She had to get a little help to get some information on outstanding warrants and other little tidbits but now she has her ammunition and she’s going to go to Linc with both barrels!

The first thing she does is lay out copies of the police reports and other dirt that has been dug up on Linc, including a couple of aliases he has gone under in the past! She also notes to Linc that before he thinks of doing anything even more shifty or underhanded than he already has, that she is related to Sonny Corinthos’ (Maurice Benard) mob enforcer, Jason Morgan (Steve Burton) as well as being good friends with Sonny!

She lays out her terms – either he lets her out of the contract or she gives the police his name and address! Linc isn’t fazed – he denies the aliases – he denies the outstanding warrants and says he was set up – he does the typical criminal shuffle of being set up, being confused with another person, on and on and on – in other words, she and her pile of paperwork doesn’t scare him! It’s all old news!

Brook Lynn is frustrated! Does she have to ask Sonny to put a hit on this creep to get rid of him? Linc laughs in her face! He tells her if she were going to do that, the last thing she should have done is told him ahead of time, now he knows to watch his back! Brook Lynn didn’t tell Linc about the most horrible thing she found out about him, however – that he has a record for a sexual offense with a minor.

She didn’t include that in her pile of paperwork. She knows enough that once someone has been even accused of that kind of crime, especially if it was a child, that the suspicion never goes away. She doesn’t have the details of the incident, so it may have been concerning Linc and a teenage groupie that followed him around in a band, but it’s a record of an arrest.

Not an incarceration, where there would be a parole record, just an arrest. What she can do is keep an eye on the sleaze and see if he is in a place where there are teens or children, and call in a concerned citizen report anonymously that she is concerned about a sexual predator acting suspiciously around minors!