General Hospital Spoilers: Jordan Brings Laura Up To Speed On The Crime Situation In Port Charles 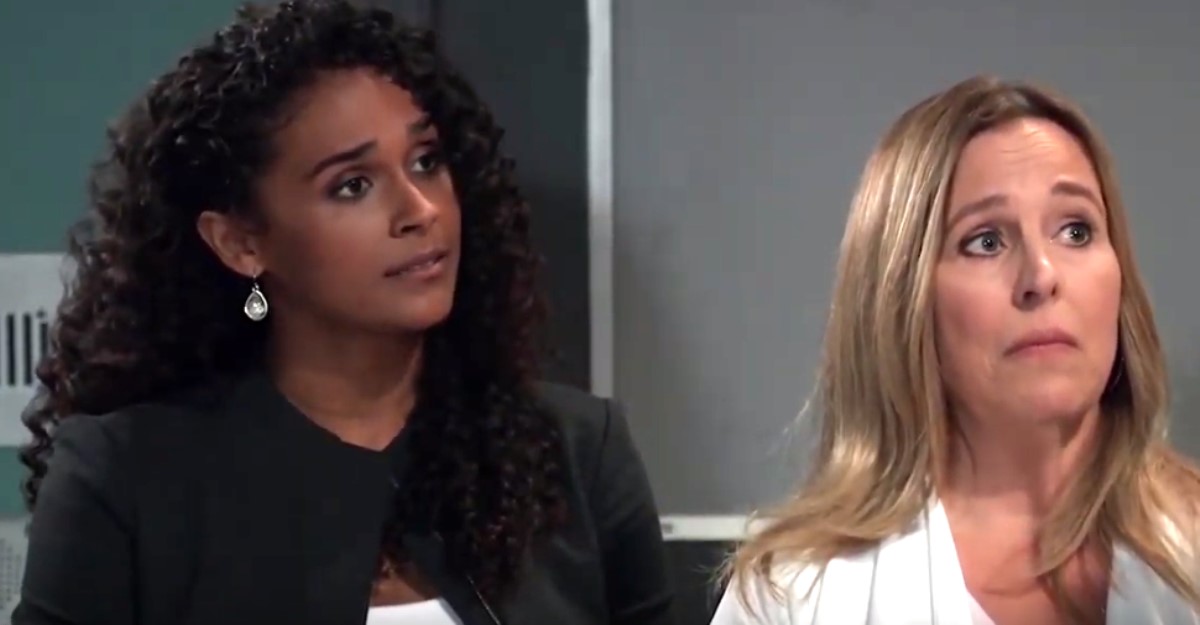 General Hospital viewers will recall that a crime wave has been exploding in Port Charles ever since a drug lord from the northwest, Cyrus Renault (Jeff Kober) got himself transferred into Pentonville Prison. He runs his business from inside the prison, so he must have some guards or possibly even some high ranking prison officials in his pocket; criminals, especially dangerous ones like Cyrus, don’t just get themselves transferred around!

Laura herself was a victim in the attack where Michael Corinthos (Chad Duell) was targeted, so she will want to know what if any progress has been made in identifying who was behind the three obviously coordinated attacks against Sonny Corinthos (Maurice Benard) and his family, as well as wanting to be updated on any progress that has been made.

Jordan may not reveal everything she knows about Cyrus Renault and his agenda against her and retired Lieutenant Marcus Taggert (Real Andrews) personally; she will tell them about the body found on the docks because she can’t hide that – the Mayor has access to police reports. She will theorize that a mob boss new to Port Charles and dealing in drugs is behind all the attacks since it makes sense that whoever it is would want to take over Sonny’s territory, even if Sonny hasn’t been actively involved in mob business for a while – actually, if the new mob boss happened to know about Sonny’s seeming “retirement” then it would be the perfect time to strike. But, Laura is one sharp lady and learned a lot over the years she was involved with Luke Spencer (Anthony Geary).

She absorbed some of that Spencer savvy about people and their behavior, and what she didn’t absorb from Luke she’s learned by being married to Dr. Kevin Collins (Jon Lindstrom) and she senses Jordan isn’t telling her the whole story! She does, however, mention the explosion of a warehouse down on Water Street and suspects it may be mob-related since the remnants of a homemade bomb were found by arson investigators.

After not getting satisfaction from her meeting with Jordan, which makes her suspicious about why she would be holding back, Laura calls Sonny and Jason Morgan (Steve Burton) into her office to see if they have made any progress on finding out who is behind the attacks and the increased drug use in Port Charles.

She can be sure that Sonny and Jason would have gotten to the bottom of what was obviously a group of coordinated attacks against Sonny’s family, and probably know much more about who was behind them and who is trying to move into Sonny’s territory than the police department does!

Sonny and Jason won’t reveal enough to incriminate themselves in the warehouse explosion or the body on the docks but Sonny will warn Laura about Cyrus Renault and who he is and what he does. Sonny may not want to work with the cops, especially with Taggert snooping around in town, but he and Jason will likely tell her about Cyrus and Laura might enlist them whether they want to be or not against their common enemy!