Days of Our Lives Spoilers: Ciara And Ben Get A Shot At Happiness – Will They Leave Salem Together? 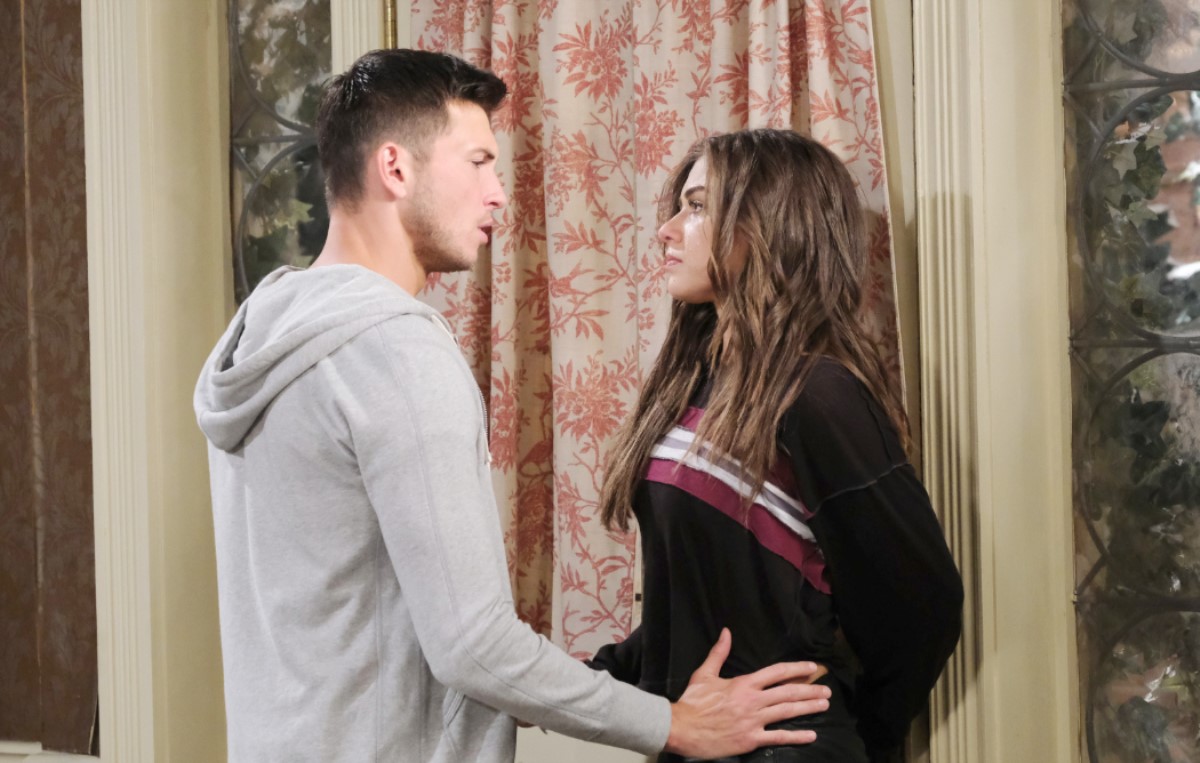 Days of Our Lives (DOOL) spoilers tease that Ciara Brady (Victoria Konefal) and Ben Weston (Robert Scott Wilson) may finally get the one thing that hasn’t had much of since they met. Happiness. From the moment they, the two of them have had to deal with one crisis after another, even as they fell in love. But perhaps, the time has finally come for the two of them to take a step back and enjoy their love.

Days of Our Lives Spoilers – Serial Killer past.

Ben was released from the institution after being declared sane by Dr. Marlena Evans (Diedre Hall). Ben had committed several murders as the Necktie Killer, but thanks to a combination of therapy and the right medication, Ben got better. But understandably, most of Salem wasn’t able to forgive Ben’s past so easily. Ciara wasn’t in town when Ben was terrorizing the city, so it was much easier for her to see the man he became, not the man he was.

DOOL Spoilers – Hope out to get Ben Weston

Ciara’s mother, Hope Brady (Kristian Alfonso) wasn’t about to let her daughter become Ben’s next victim, so she worked overtime to put Ben back behind bars. When Ciara was almost killed in a fire, Hope worked overtime to prove that Ben was guilty. The truth eventually came out and the guilty party turned out to be Hope’s granddaughter, Claire Brady (Olivia Rose Keegan). Ben saved Ciara’s life several times, and Hope eventually came around.

But Ben’s sister, Jordan Ridgeway (Chrishel Straus) was determined to prove that Ben was still insane, even framing him for trying to kill Ciara. Jordan was eventually caught and ended up institutionalized herself. She eventually came home under Rafe Hernandez’s (Galen Gering) supervision, but it soon became clear that Jordan was still not well. After once again trying to kill Ciara, Jordan herself ended up being murdered and Ben was arrested for the crime. This time, Ben received the death penalty.

Days of Our Lives Spoilers: Gabi Not Sure She Wants To Donate Bone Marrow – Sarah Loses Controlhttps://t.co/Nsp8TjHxEa

Ciara has made it her mission to find Jordan’s real killer and it looks like she may catch the culprit just in time to prevent Ben’s execution. Ben should soon be cleared of killing his own sister, and perhaps now, after all this time, Ben and Ciara can have a chance at happiness. They have been through so much that they deserve a little time to enjoy themselves because they are faced with yet another crisis.

Will Ciara be able to stop Ben’s execution? Will Ben and Ciara finally be able to just enjoy each other? Only time will tell, so stay tuned to Days of Our Lives airing weekdays on NBC. And don’t forget to check back here regularly for all your Days of Our Lives news, information, and spoilers!