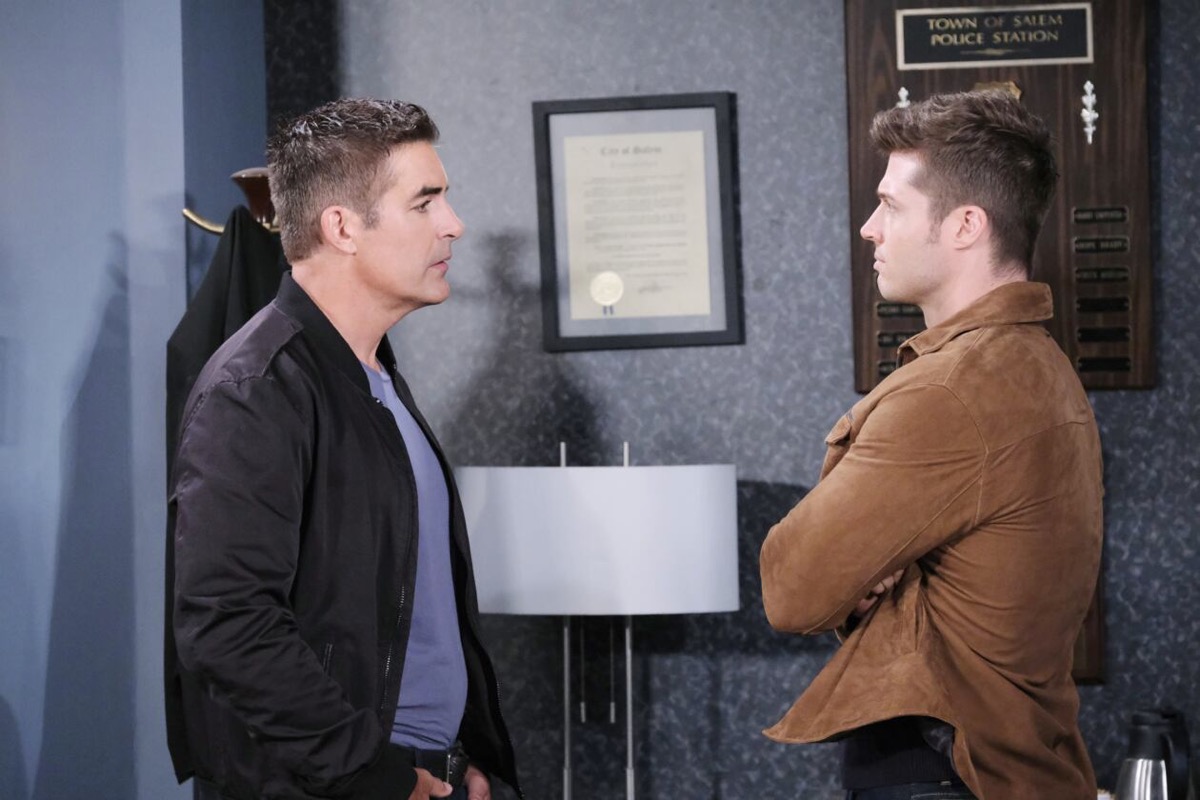 Days of Our Lives (DOOL) spoilers for Friday, February 28, tease that Stefano DiMera aka Steve Johnson (Stephen Nichols) will refuse to back down. He’ll make it clear that he expects Marlena Evans (Deidre Hall) in exchange for Kayla Brady (Mary Beth Evans) – and he won’t take no for an answer!

DOOL Spoilers: “Stefano DiMera” Will Refuse To Back Down

Justin Kiriakis (Wally Kurth) will think Stefano’s being outrageous. He already agreed to fork over $10 million, so he’ll think that should be good enough. Justin will push Stefano to take the money, give Kayla back and make his getaway. He’ll suggest that’s the best outcome Stefano can hope for, but Stefano won’t be willing to make this deal without a hostage trade.

Other Days of Our Lives spoilers say Ben Weston (Robert Scott Wilson) will share some tender moments with his dad. Clyde Weston (James Read) isn’t exactly a soft and cuddly guy, but he should have some sweet things to say – sweet for someone like Clyde anyway! He was a pretty terrible father in the past, but he loves Ben and will hopefully let him know.

While Ben and Clyde say their goodbyes, Ciara Brady (Victoria Konefal) will keep working through this whole Christian Maddox mystery. She just found out there was a hit in the database, so she knows Christian is David Ridgeway’s (Caleb and Kyler Ends) father. Ciara also knows Christian’s DNA was at the scene of the crime.

Days of Our Lives Spoilers: Rafe Confronts Evan About His Lies https://t.co/eyS4SROCKk pic.twitter.com/UFjGermgxz

Days Of Our Lives Spoilers: Christian Maddox Changed His Name To Evan Frears

Of course, DOOL fans just got confirmation that Christian changed his name to Evan Frears (Brock Kelly). Days of Our Lives spoilers say Ciara will get crucial info about Jordan Ridgeway’s (Chrishell Stause) killer on Friday. It looks like everything will click into place, so Ciara should realize Evan is Christian, David’s dad AND the man who murdered Jordan.

As for Rafe Hernandez (Galen Gering), he’ll continue his faceoff with Evan the liar. Days of Our Lives spoilers say Rafe will blast Evan for deceiving him about the letters and his true identity. Some tense moments are on the way as Evan explains, but whatever he says certainly won’t be good enough.