Days of Our Lives Spoilers: Will Kayla Hold On To Justin? Steve Has A Plan To Win Her Back 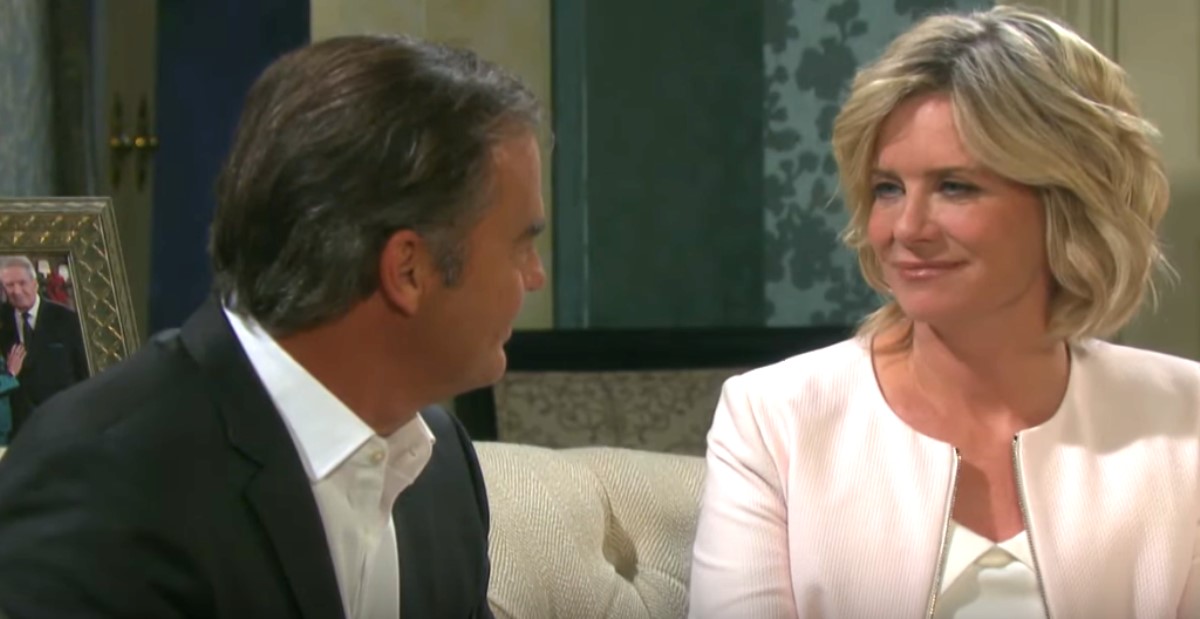 Days of Our Lives (DOOL) spoilers tease Kayla Brady (Mary Beth Evans) will have a chance to process the fact her ex-husband Steve Johnson’s (Stephan Nichols) consciousness has been replaced by Stefano DiMera’s (the late Joe Mascolo) and that Steve was coming back to her when Dr. Wilhelm Rolf (William Utay) kidnapped Steve and performed the procedure.

All this time, Kayla has operated under the assumption that Steve fell out of love with her. She eventually moved on and started dating Justin Kiriakis (Wally Kurth). The two of them fell in love and even moved in together. It’s different than her relationship with Steve, but Kayla was happy with Justin.

But now that she knows Steve didn’t give up on her, will her feelings change? Steve hurt her badly and that kind of pain won’t just go away, even though it wasn’t Steve’s fault. Plus, she has Justin now, and the two have a very good relationship. She may not want to just throw that away. And she won’t want to cause Justin any additional pain.

Kayla will likely do her best to make it worth with Justin, but her heart belongs to Steve. They have a once in a lifetime love and share children together. That’s something that no matter how hard she might try, she’s probably not going to be able to let go. Once Steve is finally returned to himself, he’s likely going to move heaven and Earth to win Kayla back. But Kayla will likely be hesitant.

Kayla won’t want to hurt Justin. After all, Justin just lost his wife Adrienne Kiriakis (Judi Evans) in a horrible car accident. Kayla helped Justin find love again and he is happy again. She won’t want to take that away from him. Besides, it may be difficult for Kayla to trust that Steve is back and that something like this won’t happen again.

Steve hurt her badly, and even though she now knows it wasn’t his fault, Steve is a private investigator and danger follows him like a magnet. That’s something that Kayla may not be willing to live with after everything that has happened.

Days of Our Lives Spoilers: Gabi Not Sure She Wants To Donate Bone Marrow – Sarah Loses Controlhttps://t.co/Nsp8TjHxEa

Will Steve be restored? Will he try to win Kayla back? Will she leave Justin? Anything can happen, so stay tuned to Days of Our Lives airing weekdays on NBC. And don’t forget to check back here regularly for all your Days of Our Lives news, information and spoilers!