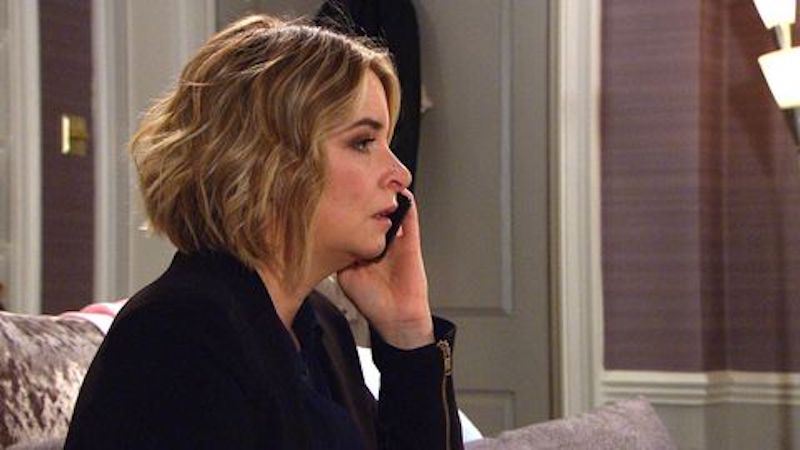 Emmerdale spoilers reveal that later this week, Charity Dingle (Emma Atkins) will find Vanessa Woodfield’s (Michelle Hardwick) passport. That makes her realize that Vanessa can’t be abroad like she initially believed. She goes into a frenzy and now fans are wondering if Vanessa and her young son can be saved before it’s too late. Keep reading to get the details on what to expect with this storyline.

It was previously teased that Charity would believe that Vanessa left her because of the secret regarding Graham Foster’s (formerly Andrew Scarborough) money. However, she will discover something that will make her question everything she thought she had figured out. This could be the beginning of Vanessa finally getting free — if Pierce Harris (Jonathan Wrather) doesn’t kill her first.

Emmerdale spoilers reveal Charity will make a shocking discovery. It is Vanessa’s passport. This is how she figures out that Vanessa can’t be abroad, not if she doesn’t have her passport. So, where is she then? What is going on? That is what Charity is determined to figure out, but then she gets life-changing news. Could it be that Vanessa has been kidnapped and her life, along with the life of a little boy is in danger?

Once Charity discovers that something is very wrong and Vaness is actually missing, what will happen? Well, we know that Rhona Goskirk (Zoe Henry) realizes the truth thanks to that telling video call. We also know that Kim Tate (Claire King) gets involved, and then promptly knocked out.

The more people that realize Pierce is back and has kidnapped Vanessa and a little boy, the quicker the authorities can zoom in and rescue the innocent hostages. At least, that is the outcome we are hoping for, but writers could take this in any number of directions.

It is only a matter of time before this storyline comes to a shocking conclusion. However, can everyone be saved before Pierce hurts anyone else? Or will he gain the upper hand before the authorities can gain control of the situation?

Remember, Rhona is frustrated that her reports of stalking aren’t being taken seriously by the police. Do they even realize how much of a danger this guy is? Will it take a dead body for them to take action? Fans will need to keep watching the British soap opera to see how this storyline develops over the next few weeks..

Be sure to catch up on everything happening with the soap right now. Come back here often for Emmerdale spoilers, news, and rumors!