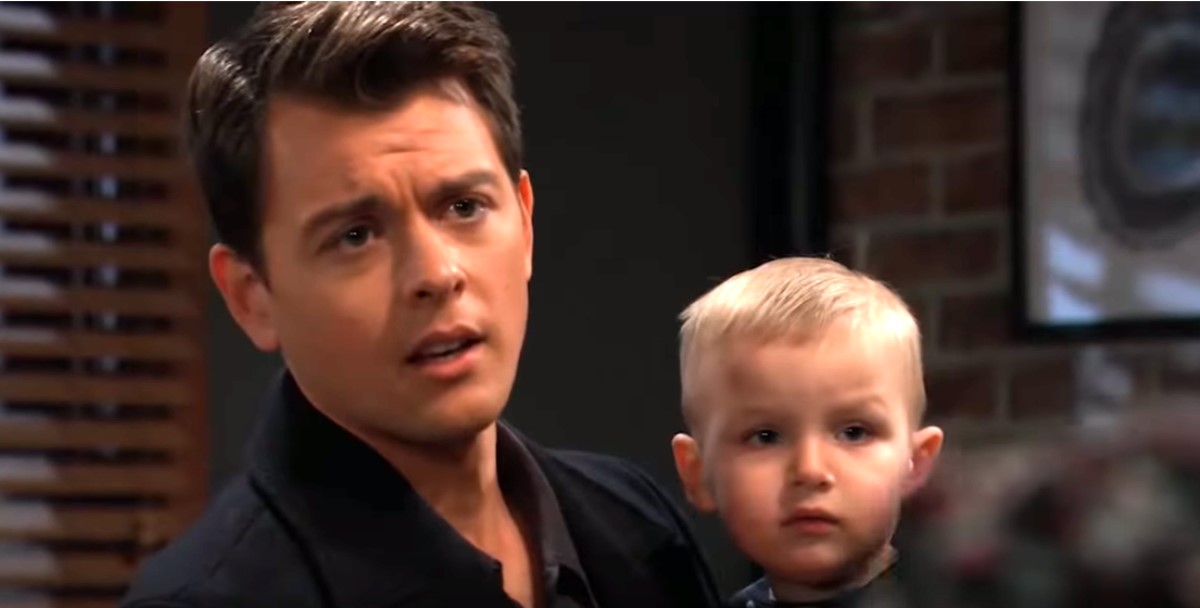 General Hospital (GH) spoilers suggest that Michael Corinthos (Chad Duell) will have to decide upon the next course of action when it comes to Nelle Benson (Chloe Lanier). With Michael finally having his son back, he is faced with the reality that Nelle may still pose a threat to their relationship. Will Michael decides to take matters into his own hands, or will he let the justice system handle it.

Michael is finally a father after thinking that his son was dead after all of this time, and he is loving being a father. He has the mix of been worried and happy at the same time; however, he is not in the clear yet. Nelle is still out there and has the potential to get out of jail. If she manages to get out of jail, she will go after Wiley Corinthos (Eric and Theodore Olson) like she did before she was put behind bars. Nelle has already come up with a cover story that she will use in order to pin everything on Brad Cooper (Parry Shen). Nelle has always been convincing in playing the role of the victim. Now that she has something she wants, she will stop at nothing to get it.

On the episode that aired on the 24th of February, Jason Morgan (Steve Burton) tells Michael that he might want to consider handling Nelle in the near future. If Michael does consider targeting Nelle in some way, Jason may be kept in the loop about it and may even help him in planning how to deal with Nelle. However, Michael is not the only who will be targeting Nelle in the near future; Carly Corinthos (Laura Wright) is more than happy to deal with Nelle herself and may feel like she is well within her rights to handle Nelle.

She has expressed her concerns when it comes to leaving Nelle’s future up to the justice system, and she does not think the odds are in Michael’s favor when it comes to Nelle. So, if Michael decides to not handle Nelle himself, then Carly will take matters into her own hands even if someone tries to talk her out of it like Sonny tried to on once before. Sonny will not interfere with Nelle’s future because he thinks that it should be Michael who should decide what happens to Nelle and how to proceed.

What do you think? Who will target Nelle, Michael, Carly, or both? Will Nelle be able to get out of a jail sentence? We’ll give you updates as GH news comes in. Stick with the ABC soap, and don’t forget to check Hollywood Hiccups often for the latest General Hospital spoilers, updates, and news.