General Hospital Spoilers: Sam Gives Julian an Ear Full, Is She On To Him? 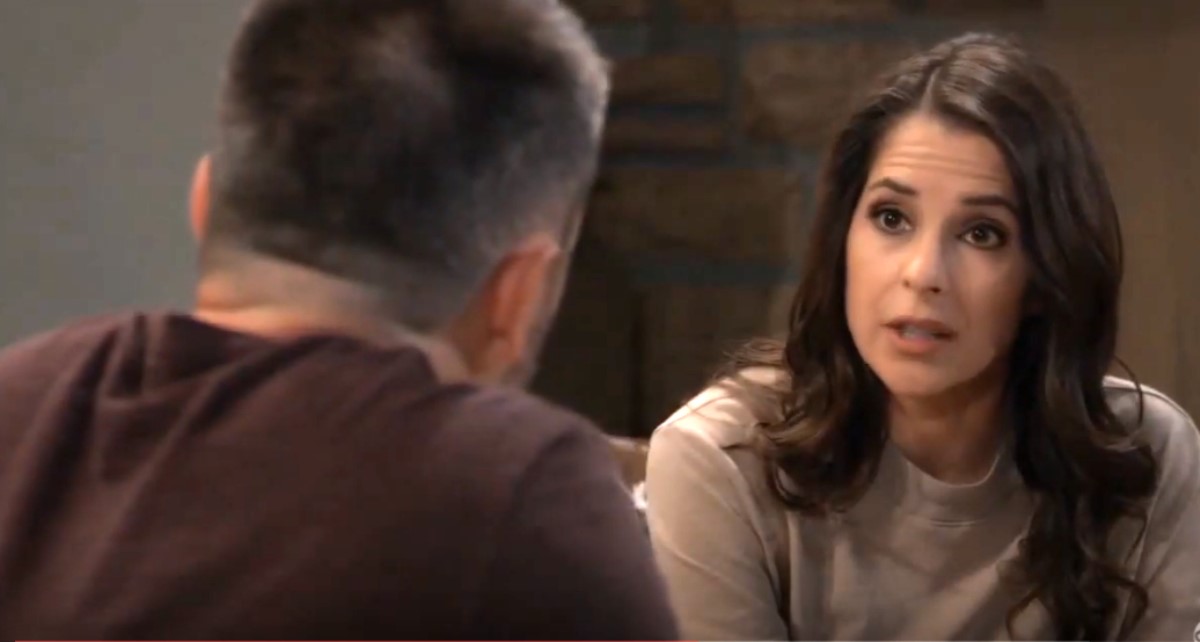 General Hospital (GH) spoilers hint at Sam McCall (Kelly Monaco) approaching Julian Jerome (William DeVry) and verbally attacking him. Julian and Sam have their differences, and Sam tends to disagree with him in a lot of ways. In a future episode, she will be confronting Julian about something. Could it be that she may find out about Julian helping Brad Cooper (Parry Shen), or could she know more?

Julian has never really had a good relationship with his children. He has had an on and off kind of relationship with his son, Lucas Jones (Ryan Carnes), with their relationship turning sour every now and then. However, Julian is hiding a secret, which is that he knew about the baby switch incident that happened where Michael Corinthos’s (Chad Duell) baby was switched with Willow Tait’s (Katelyn MacMullen) baby.

If this secret gets out, not only will Julian lose his son, Lucas, because of his bad mistakes, but he will also be the target of his old enemy, Sonny Corinthos (Maurice Benard). The only way that the truth will come out is if Brad lets the cat out of the bag or if someone happens to find out about it.

As viewers know, Sam is a private detective who is used to investigating and looking deeper into stories and tips. Along with her distrust in Julian, she may become suspicious of Julian and may find it odd that Brad has an expensive lawyer to represent him all of a sudden. If she decides to dig into finding out how Brad was able to afford the lawyer, she may find out that Julian was involved in Brad getting a lawyer.

If she were to find out about Julian helping Brad, then she may choose to confront him about this information and see how he may react when confronted if she digs deeper into why Julian might be so willing to help Brad even though he had a hand in hurting Lucas. She might begin to find out that Julian knew about the baby switching incident and kept it a secret as well since Julian did show red flags such as how aggressive he was towards Willow when she first came into town.

Julian also had a hand in Lucas, ending up the hospital by sabotaging the car that Lucas was driving. There is a chance that the investigation that has taken place involving the crash could lead back to him if Sam decided to look into the crash further.

What do you think? Do you think that Sam will find out that about Julian helping Brad? Is Sam about to discover more about Julian’s involvement with the baby switch incident? We’ll give you updates as GH news comes in. Stick with the ABC soap, and don’t forget to check Hollywood Hiccups often for the latest General Hospital spoilers, updates, and news.