The Bold and the Beautiful Spoilers: Friday, February 28 – Bill Shocks Flo With A Compliment – Sally Thinks Katie Spilled Her Secret 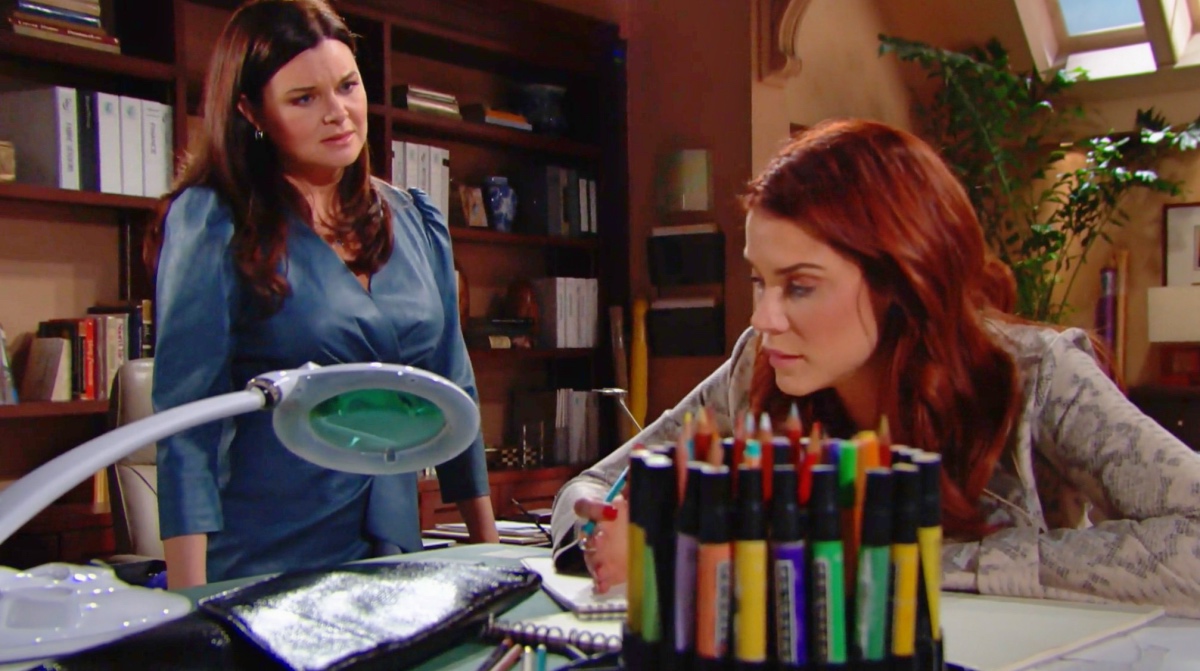 The Bold and the Beautiful spoilers for Friday, February 28, tease that Flo Fulton (Katrina Bowden) will hear a surprising sentiment from Bill Spencer (Don Diamont). As B&B viewers know, Flo recently disclosed to Katie Logan (Heather Tom) that she was going to step aside so that Wyatt Spencer (Darin Brooks) could spend the rest of Sally Spectra’s (Courtney Hope) days with her.

Wyatt and Flo want more than anything to be together, but they have made the decision to put their lives on hold for now, so that Wyatt can be there for Sally. As B&B viewers know, Wyatt has just told Sally that he loves her and that he wants her to move back in with him. Flo let Katie know about this development, and about how she was going to temporarily forgo happiness with Wyatt so that they could do the right thing.

The Bold and the Beautiful Spoilers: Bill Spencer Has Had A Tough Time Forgiving Flo Fulton

Well, Katie was truly impressed with Flo’s compassion and desire to help Sally. Of course, Katie has already forgiven Flo for her part in Reese Buckingham’s (Wayne Baby) baby swap and adoption scam, since Flo donated her kidney to save Katie’s life a while back.

But Bill has still held onto the grudge and he has had a really hard time getting over the fact that Flo helped illegally adopt his granddaughter Beth Spencer (River Davidson and Madeline Valdez) to Steffy Forrester (Jacqueline MacInnes Wood). He’s had a tough time reconciling what Flo did for Katie with what she did to Liam Spencer (Scott Clifton) and Hope Logan (Annika Noelle).

The Bold and the Beautiful spoilers say that Bill will join Katie and Flo on Friday’s episode, and that he’ll learn about Wyatt’s plan to reunite with Sally and temporarily separate from Flo. He’ll probably wonder how Flo feels about all of this, and it appears that he’ll learn about how Flo wants to help Sally. He’ll see Flo’s compassionate side, and he’ll get a sense of who she really is.

According to B&B spoilers, Bill will pay Flo a surprising compliment in front of Katie, which will surely warm Katie’s heart. He may note that Flo is acting selflessly, and that he really appreciates her efforts that are making it possible for Wyatt to do the right thing where Sally is concerned. It will be a big step for Bill, and it looks like Katie will be proud of him for paying Flo a compliment.

The Bold and The Beautiful Spoilers: Hope Onto Thomas -She Sees Through Lies And Manipulation? https://t.co/FJb3owwase pic.twitter.com/V6zVDF4FfF

The Bold and the Beautiful Spoilers: Sally Spectra Gets Suspicious After Wyatt Spencer’s Surprising Proposal

Next, on Friday’s new episode of B&B, Sally will be feeling a bit suspicious after her interaction with Wyatt. Wyatt has just asked her to move in with him after professing his love to her, and it looks like she’ll think that the timing of the whole thing is a little suspect.

Sally will eventually meet back up with Katie after talking with Wyatt, and according to B&B spoilers, she’ll grill Katie about whether she spilled her secret to Wyatt. Clearly, Sally will be wondering whether Wyatt’s declaration of love and his offer for Sally to move in with him were the result of him knowing about her terminal illness. So Sally will corner Katie and demand to know whether she spilled the beans.

Well, this should put Katie in a tough position, but it appears that she’ll keep on saying that she hasn’t said anything to Wyatt about Sally’s condition. It will probably be tough for Katie to lie, but she’ll also believe that she did what she needed to do in order to help Sally through this difficult time. We’ll see how convincing Katie ends up being here.