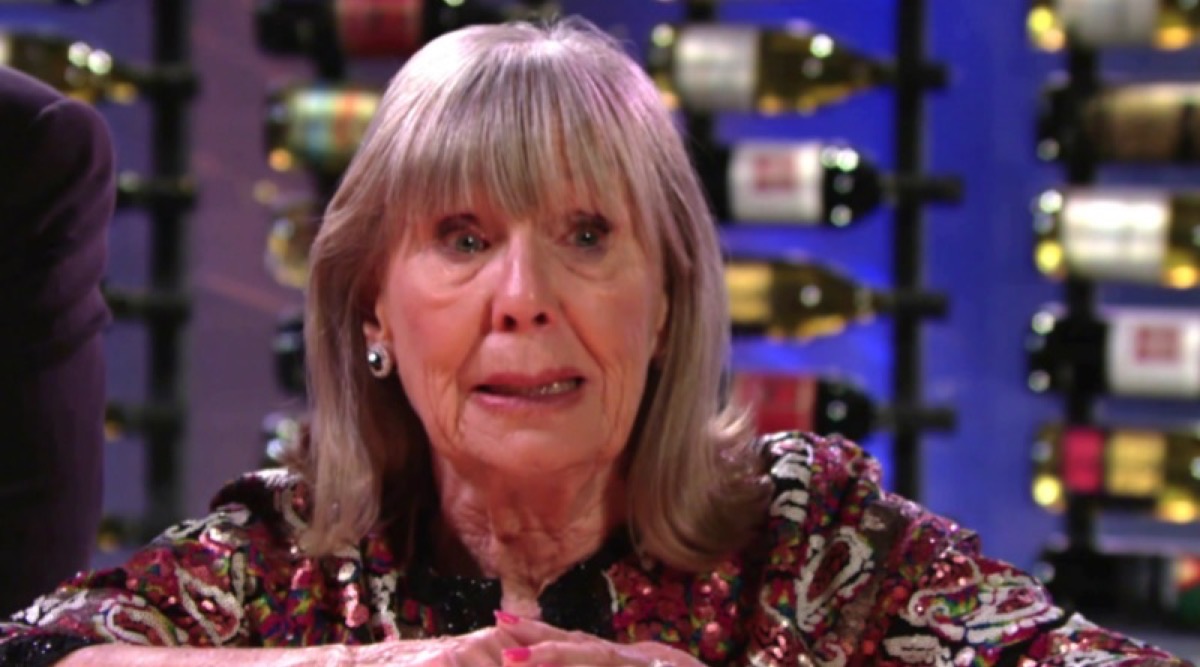 The Young and the Restless (Y&R) spoilers for Friday, February 28, tease that Victoria Newman (Amelia Heinle) will wake up to find Victor Newman (Eric Braeden), Nick Newman (Joshua Morrow), and Nikki Newman (Melody Thomas Scott) with her. Victoria will talk privately with Victor and will wonder who would hurt her like this. Nikki will tell Nick in the waiting area that Billy Abbott (Jason Thompson) was there when Victoria awakened.

Victor will join them in the waiting area, where he’ll say that he didn’t tell her about who attacked her. Nate Hastings (Sean Dominic) will appear, saying that Victoria can go home tonight, but that her emotional trauma could take a while to heal. Victor and Nick will sit down to talk about the family business. Nick will be agitated to learn that Victor is considering Adam Newman (Mark Grossman) to fill in for Victoria. He’ll leave in a huff.

Next on Y&R, Jack Abbott (Peter Bergman) will tell Abby Newman (Melissa Ordway) that Dina Mergeron (Marla Adams) isn’t doing well. He’ll say that she should prepare herself for what’s to come. Phyllis Summers (Michelle Stafford) will then appear and they’ll bicker about the lawsuits, which Abby will be sure that Phyllis is behind. Phyllis will say that she can make it all go away if Abby will sign her shares over.

Later, Abby will fire her lawyer via phone, which Amanda Sinclair (Mishael Morgan) will overhear. She’ll offer to help Abby, but Abby will say that the root of her problem is Amanda’s friend, Phyllis. Amanda will offer Abby a little advice and get her thinking about whether all of this is worth it.

Young And The Restless Spoilers: Abby Newman Hands Over Her Grand Phoenix Shares To Phyllis Summers

Next on Y&R, Amanda will later talk with Phyllis, and she’ll question whether the hotel really worth all of this, to which Phyllis will say that it is. She’ll say that the hotel is her life, and that she’ll make Abby’s life miserable until she gets it back. Suddenly, Abby will be standing right behind Phyllis, and she’ll hand out drinks so they can celebrate. Abby will announce that Phyllis can have her shares.

Abby will also point out that she bought the property across the street and plans to make the Grand Phoenix look like a shack on the beach. Phyllis and Abby will spar a bit, and it looks like the rivalry between the ladies will remain.

Next on Y&R, Chance Chancellor (Donny Boaz) will show up at Adam’s place, wanting to share that he plans on eliminating the Phyllis threat right away. He simply will want to find the recording of them in Las Vegas that she’s using as leverage. Adam will wonder how he comes into all of this, and Chance will say that he just needs his blessing. He’ll get it.

Chance will then head to the Chancellor mansion, where he’ll talk with Kevin Fisher (Greg Rikaart) about doing a job for him. He’ll explain about the recordings that Phyllis has, and that this is a private matter that no one will know about. Kevin will balk at first, but then Chance will make him a lucrative offer and Kevin will agree.

Young And The Restless Spoilers: Jack Abbott Shows His Support To Adam Newman

Finally, on Friday’s new episode of Y&R, Jack will call Ashley Abbott (Eileen Davidson) from Society and will say that she needs to come home for Dina. Adam will soon join him, and they’ll talk about Dina and about Victor. Jack will soon catch on that Adam will need to rejoin the family fold in order to prove himself to Victor.

Adam will share that he offered to run Newman Enterprises, and Jack will be supportive. But Jack will warn that his support is conditional on Adam not allowing Victor to push his buttons and on him stepping back when Victoria is better. He’ll also think that Adam should allow Victor to make the next move.