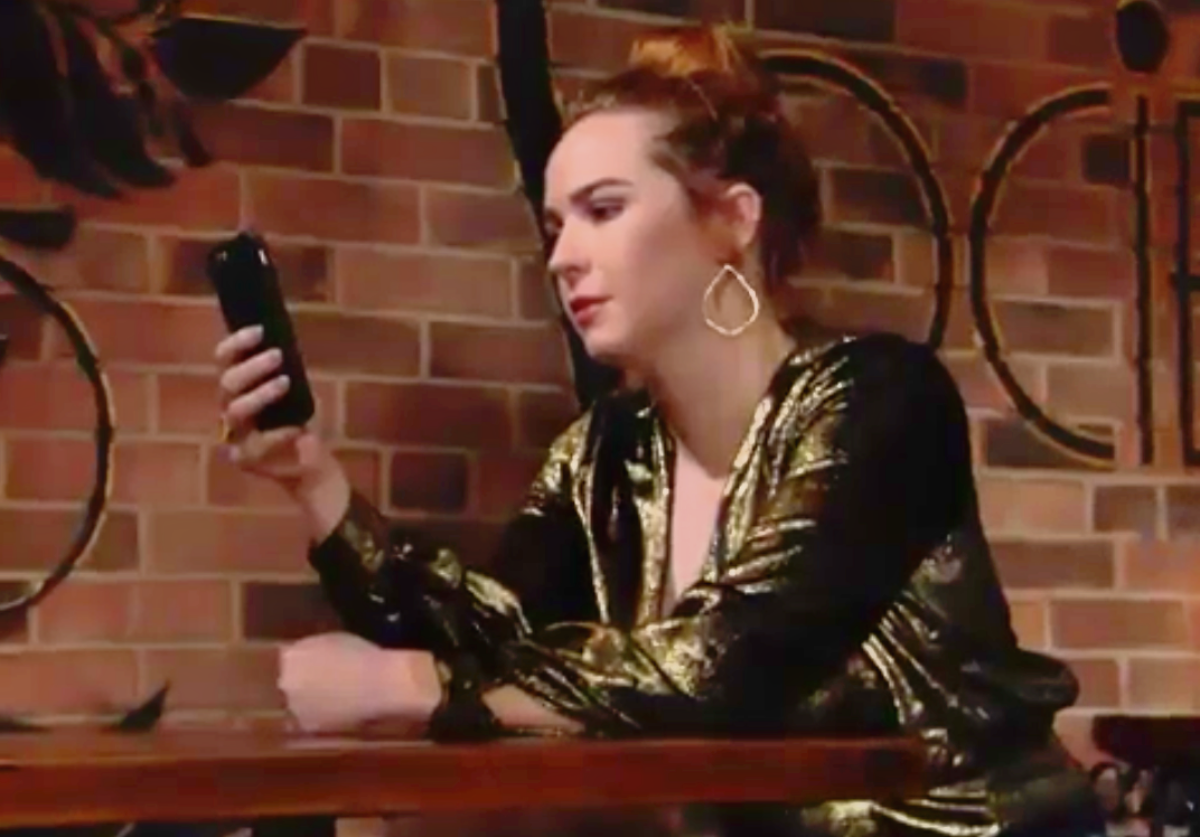 The Young and the Restless (Y&R) spoilers hint at Mariah Copeland (Camryn Grimes) growing more suspicious about Tessa Porter (Cait Fairbanks). Tessa is on tour with her ex, Tanner Watts (Chase Coleman), and Mariah is growing worried that something may happen between the two of them while on tour. Now more than ever since Tanner has made a habit of answering Tessa’s phone.

Ever since Tessa left to go on tour with Tanner, Mariah has been worried about how it would affect their relationship. Tessa would be miles away, traveling within close vicinity of her ex, Tanner, and she is concerned that it may end with Tessa deciding that she wants to be with him, or she may choose to cheat. She wouldn’t admit it. However, she is growing increasingly worried about the situation. Add on a sick mother and then lost her job, and she has a full plate that she has to deal with. When talking to Sharron Newman (Sharon Case) on the episode that aired on the 24th of February, she admits that she has not told Tessa about Sharron’s cancer because she does not want to worry her. Still, Sharron soon convinces her to confide in Tessa about what is going on.

Mariah makes a phone call to Tessa and is surprised when Tessa does not answer then phone but instead Tanner. She is curious about why Tanner would answer the phone and finds out that Tanner had seen that she was calling Tessa and knew that Tessa wouldn’t want her to go to voicemail. Tanner goes on to tell her that he will tell Tessa that she called. After the call, she seems worried that Tanner answered Tessa’s phone as this was not the first that it has happened. Another time that she had called Tessa’s phone, Tanner had responded to it and told her that Tessa was in the middle of recording and could not answer the phone. At that time, Mariah was also disheartened by the fact that Tanner had picked up Tessa’s phone.

It does seem like Mariah will only grow more suspicious of Tessa and Tanner as time goes on. This may lead to her doubting if Tessa is remaining loyal to her or if she is cheating on her with Tanner. Her suspicions will grow more once she video chats with Tessa and sees a shirtless Tanner. She may jump to the conclusion that Tessa and Tanner are sleeping together and may not give Tessa enough time to explain herself. What do you think? Will Mariah continue not to trust Tessa? Do you think Tessa will cheat? We’ll give you updates as Y&R news comes in. Stick with the CBS soap, and don’t forget to check CDL often for the latest Young and the Restless spoilers, updates, and news.