Days of Our Lives Spoilers: John Searches For Marlena as Negotiations With Stefano Go Bad 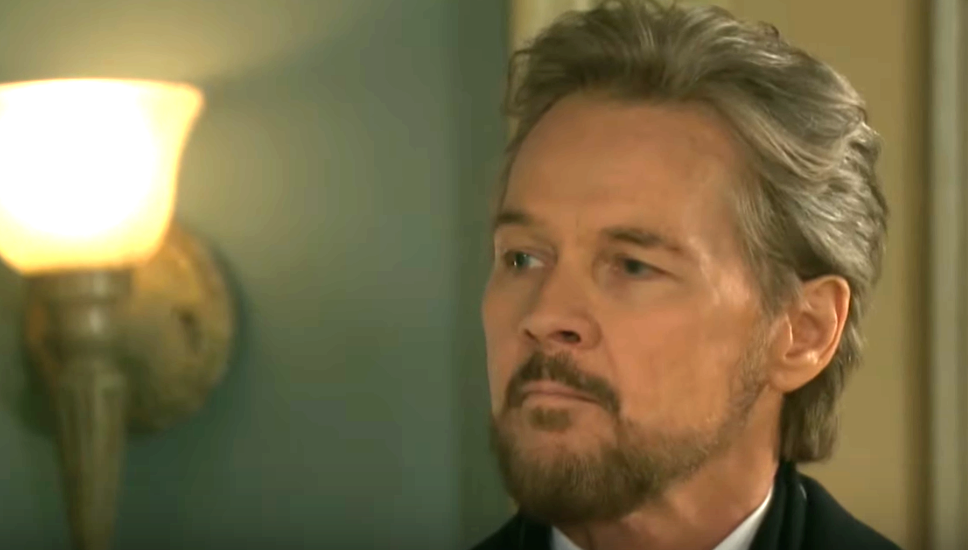 Days of Our Lives spoilers reveal John Black (Drake Hogestyn) searches for Dr. Marlena Evans (Deidre Hall). This happens after she goes with Justin Kiriakis (Wally Kurth) to try and make a deal in order to free Dr. Kayla Brady (Mary Beth Evans). It seems that a plan ends up going horribly wrong. Keep reading to see what could happen with the characters in this storyline.

Negotiating With the Enemy

DOOL spoilers reveal Justin and Marlena will try negotiating with Stefano in order to get Kayla out of her dire situation. They might be able to strike a deal since Stefano really wants Marlena. However, he won’t be happy when Justin can’t deliver the cold, hard cash he demanded. After all, Victor Kiriakis (John Aniston) is a little occupied with Maggie Horton Kiriakis (Suzanne Rogers) right now.

The only way Stefano will let Kayla go is if he gets something he wants in return. If it’s not the money, then he will most likely try taking Marlena. However, this brings up more complications and problems. Stefano wants his Queen of the Night. Even if Marlena does trade places with Kayla, how does Stefano plan on dealing with Marlena not being the woman he wants her to be?

Days of Our Lives spoilers reveal at some point, Marlena disappears. Most likely, Stefano has stashed her somewhere. With so many lairs and secret hideouts, they could be anywhere. John will go on a frantic search for the woman he loves. But will he find her and if so, how can he make sure she gets free?

It is teased that while John is searching for Marlena, Justin will get bad news. Does this have to do with Marlena, Kayla, Maggie or someone else? There are so many different storylines taking place right now it’s really hard to predict what exactly this means.

However, goodness and love always win in the end, at least in Salem. Eventually, Stefano will get caught and the people he has taken hostage will be freed. Let’s just hope nobody gets hurt in the meantime, especially since he is so insistent on getting his Queen of the Night. There is no telling what Stefano will do if he is backed into a corner.