Days of Our Lives Spoilers: Nicole Overhears Xander and Dr. Raynor’s Secret Conversation – Will She Tell Anyone About Baby Swap? 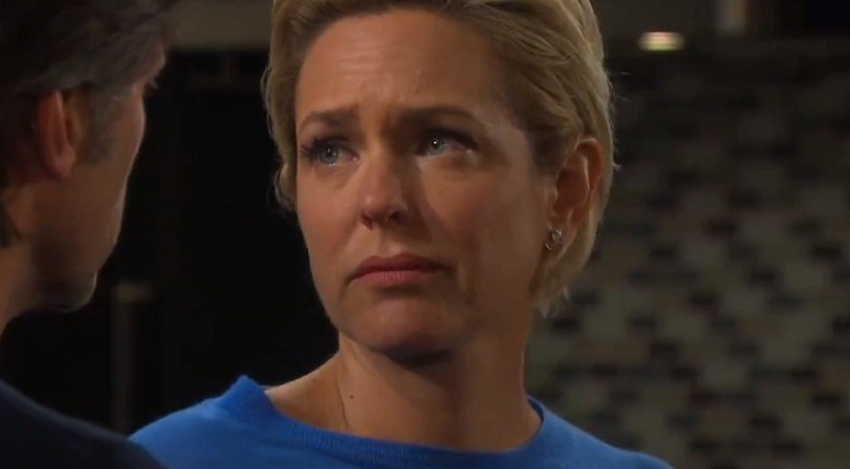 Days of Our Lives spoilers reveal Nicole Walker (Arianne Zucker) overhears a “telling” conversation. In a separate spoiler, it is confirmed that Xander Cook Kiriakis (Paul Telfer) will run into the doctor who was paid to do the baby swap. After Nicole suspects the two are keeping a secret, will she figure out what it’s about and inform everyone of the truth?

DOOL spoilers reveal that during the week of March 2, Xander will run into Dr. Raynor (Victoria Platt). It won’t be a pleasant meeting as Xander wants to keep the baby swap a secret. If Dr. Raynor is running around Salem and talking to Xander, then the villain’s risk of being discovered increases. He doesn’t want to chance anything happening to his grand plan — a plan that was masterminded by Victor Kiriakis (John Aniston), but that scored Xander the love of Sarah Horton (Linsey Godfrey).

A part of Xander and Dr. Raynor’s conversation will be overheard by another person. Of course, that person is none other than Nicole Walker, the scheming mistress of Salem. She might not overhear the key facts, because it is stated that she suspects Xander and Dr. Raynor have a secret. However, it will only be a matter of time before she figures it out.

Days of Our Lives spoilers indicate that Nicole will begin to connect the dots and will figure out the truth. After all, nothing stays hidden in Salem forever. Eventually, the truth always comes out. However, she will probably be faced with more threats from Xander if he suspects that she knows about the baby swap. This will lead her to face yet another dilemma.

It is suggested that at some point, Nicole will reveal the truth. It will break Eric Brady’s (Greg Vaughan) heart, but he has to know that child is not his. As much as Nicole hates Kristen DiMera (Stacy Haiduk), Brady Black (Eric Martsolf) is her good friend. At the very least, Brady deserves to know that his child isn’t dead like he was initially told. However, that will also bring Brady and Kristen closer together again. What will Nicole decide to do in the end? Fans will have to keep watching the NBC soap opera to see what happens next.