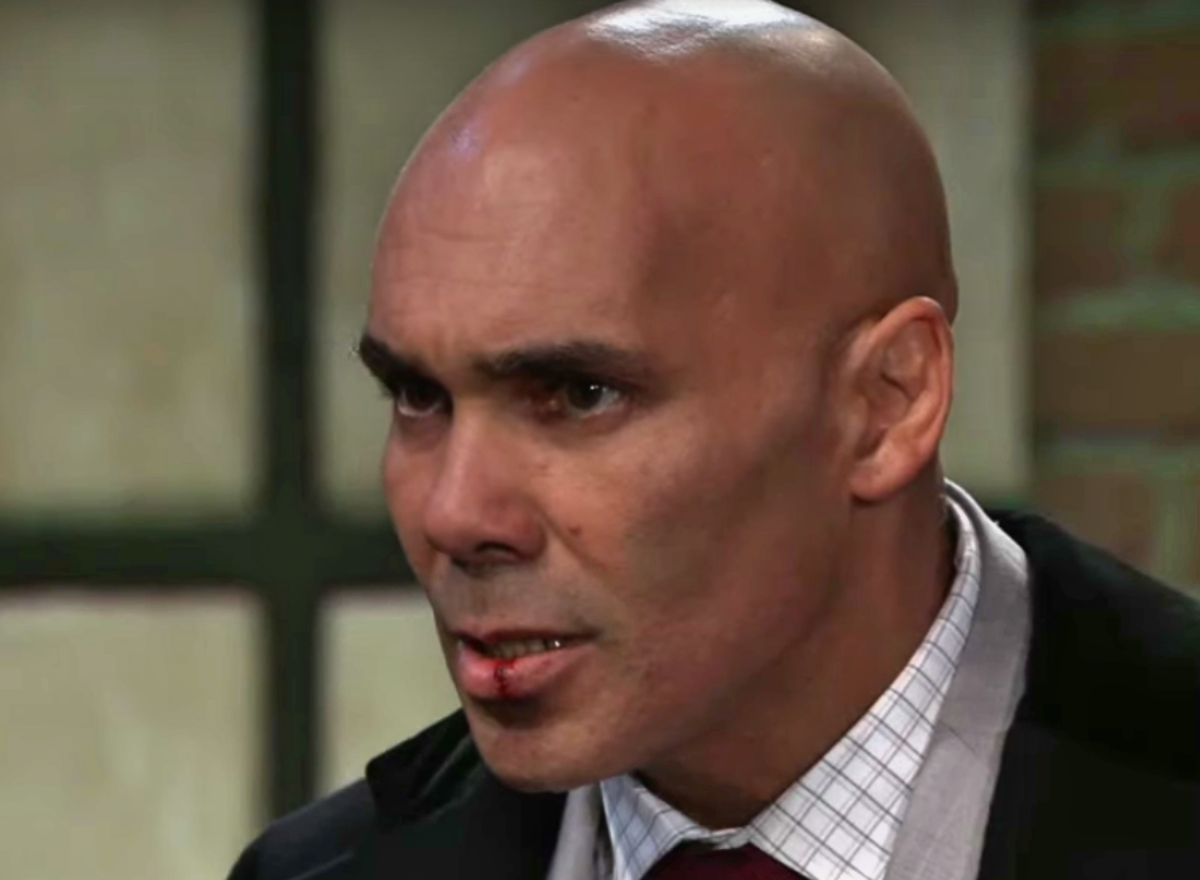 General Hospital’s Harrison Chase (Josh Swickard) opens wine for himself and Willow Tait (Katelyn MacMullen). Willow asks Chase to hold her. Willow is trying to decide what to do next. Chase tells Willow that Nelle Benson (Chloe Lanier) and Brad Cooper (Parry Shen) caused this mess. Willow thinks it would be confusing for Wiley to be around her right now. Willow doesn’t want to confuse or upset Wiley. Chase gets a text that there has been a kidnapping. Willow tells Chase to go, this is more important.

General Hospital’s Michael Corinthos (Chad Duell) is asleep on the couch. Sasha Gilmore (Sofia Mattsson) wakes Michael up. Michael tells Sasha that Wiley Cooper Jones (Theo and Erik Olson) doesn’t like sweet potatoes. Michael wants to talk to Sasha about what this means for them. Sasha is ok to take things as they come.

Sasha says Michael loves Wiley, she adores him they can take this one step at a time. Sasha goes to make a phone call. Willow shows up to visit Michael. Michael apologizes to Willow for not bringing Wiley to see her. Michael asks Willow to stay in Wiley’s life. Michael wants Willow to be like an honorary aunt to Wiley. Michael tells Willow she can still be herself with Wiley.

General Hospital’s Lucas Jones (Ryan Carnes) and Alexis Davis (Nancy Lee Grahn) are at the hospital. Lucas says work is the only thing that feels normal right now. Alexis apologizes for the situation with the baby. Alexis wants help with a divorce.

General Hospital’s Molly Lansing Davis (Haley Pullos) is holding the engagement ring that T.J. Ashford (Tajh Bellows) gave her. T.J. asks her to marry him. Molly says she is overwhelmed but doesn’t want to marry T.J. Molly had no idea that marriage was important to T.J., he asks if that changes her mind. Molly never wanted to get married. Molly doesn’t need a piece of paper to define their love. Molly doesn’t need a big party. T.J. is upset and leaves. Molly keeps trying to get T.J. to answer her calls.

Molly texts Alexis who comes back and joins her. Molly tells Alexis that T.J. walked out after she said no. Alexis blames herself for Molly’s feelings about marriage. Molly tells Alexis she has been a great role model for her. Alexis tries to reassure Molly.

Liz calls the cops, Jordan Ashford (Briana Nicole Henry) arrives and wants to know everything Taggert said and did before he left. Liz wants answers, Jordan doesn’t have them. Jordan says they need to follow police procedure. Jordan calls Chase and tells him to run a check on people associated with Cyrus Renault (Jeff Kober). Liz tells Jordan she called Jason to check into this.

General Hospital’s Trina Robinson (Sydney McKayla) and Cameron are being pushed down the stairs by the thugs holding them. Marcus Taggert (Real Andrews) tells Trina he is going to fix this. Taggert is surrounded by guards. Taggert tells them to let the kids go, he’s the one they want. The thugs refuse to turn the kids loose. Cameron gets loose and runs out of the building. Cameron falls and a thug is about to shoot him when Jason arrives and kills him. Cameron is hysterical, Jason needs him to calm down.

Taggert uses himself as a distraction for Curtis to get Trina out. Taggert is shot, Curtis drags Trina outside where Jason and Cameron join them. Jason gives Trina and Cameron orders to get in the car and stay there. Jason asks Curtis what the best way to proceed is. Jason and Curtis bust in as one thug starts to shoot Taggert again. Jason shoots the gun out of his hand. Cameron tries to calm Trina down as Jason and Curtis save Taggert. Trina blames herself for not realizing what was happening.

Trina jumps out of the car and heads back into the scene. Two of the thugs escape and Curtis goes after them. Jason stays with Taggert. Cameron fights with Trina until she gets back into the car. Cameron tells Trina she has to let Jason and Curtis take care of this. Cameron says this isn’t his first hostage situation. Trina tells Cameron she saw her dad get shot. Jason calls for an ambulance. Taggert makes Curtis promise to take care of Trina.