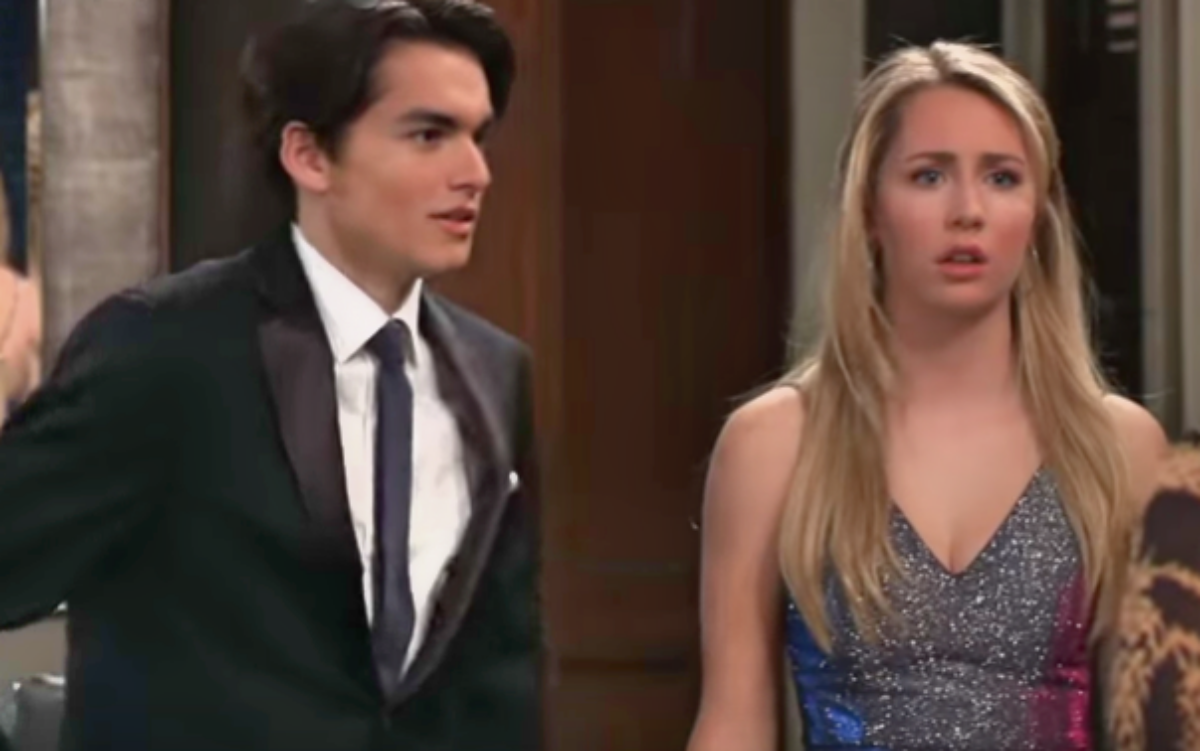 On “General Hospital,” viewers saw how devastated Josslyn (Eden McCoy) was when Oscar Nero (Garren Stitt) died. She struggled to move on but it looks like she’s getting her life back on track. The question now is if she’s ready to give her heart to someone once again?

Fans may recall that Josslyn planted a kiss on Dev. Unfortunately, he didn’t make a move on her. Instead, he turned her down out of respect for everything that her parents have done for him. What made Joss like him in the first place? The actress behind the character, Eden McCoy was kind to shed some light on the matter.

GH Spoilers: Eden McCoy Was Kind To Shed Some Light On The Matter

“He’s new and exciting and from an exotic foreign country, so he’s intriguing for Joss,” McCoy said.

“He also doesn’t come from wealth yet seems very worldly to her, and I think she’s drawn to how ‘street-smart’ he is. Dev could be really good for Josslyn, given that he obviously cares about her, he’s overcome adversity in his life, and he’s a survivor,” she continued.

There may be a spark between the two and they may make as a good couple but there are many things that fans don’t know about Dev. Not only that, the mystery behind him would certainly guarantee that Carly Corinthos (Laura Wright), Sonny Corinthos (Maurice Benard), and Jasper “Jax” Jacks (Ingo Rademacher) won’t let him be with Josslyn.

“I think they would have doubts about what kind of an influence Dev would be on Joss,” McCoy said.

After Dev’s rejection, Joss has become obsessed with her journaling. Because of that, she’s failing to notice that Cameron likes her, too.

McCoy said that “Cam is home for Joss.”

“He’s the one who has always been there, she knows everything about him, and she feels safe with him. They are there to pick each other up from the messes that their families create. I don’t think that will ever change. They’ll always be best friends,” she explained.

GH Spoilers: That Doesn’t Mean Cam Will Forever Be In Joss’s Friend Zone

“Joss was just beginning to feel more than friendship for Cam when she found out Oscar was terminally ill,” McCoy recalled the time when her character was fake dating Cam.

“So feelings were interrupted before she could even figure them out. I think Cam can definitely get out of the friend zone once something wakes Josslyn up to her own feelings about him,” she explained.

The young actress is having fun with her current storyline and the apparent love triangle that her character is currently involved in.

“It’s a really interesting dynamic, and everybody has a different relationship,” she said.