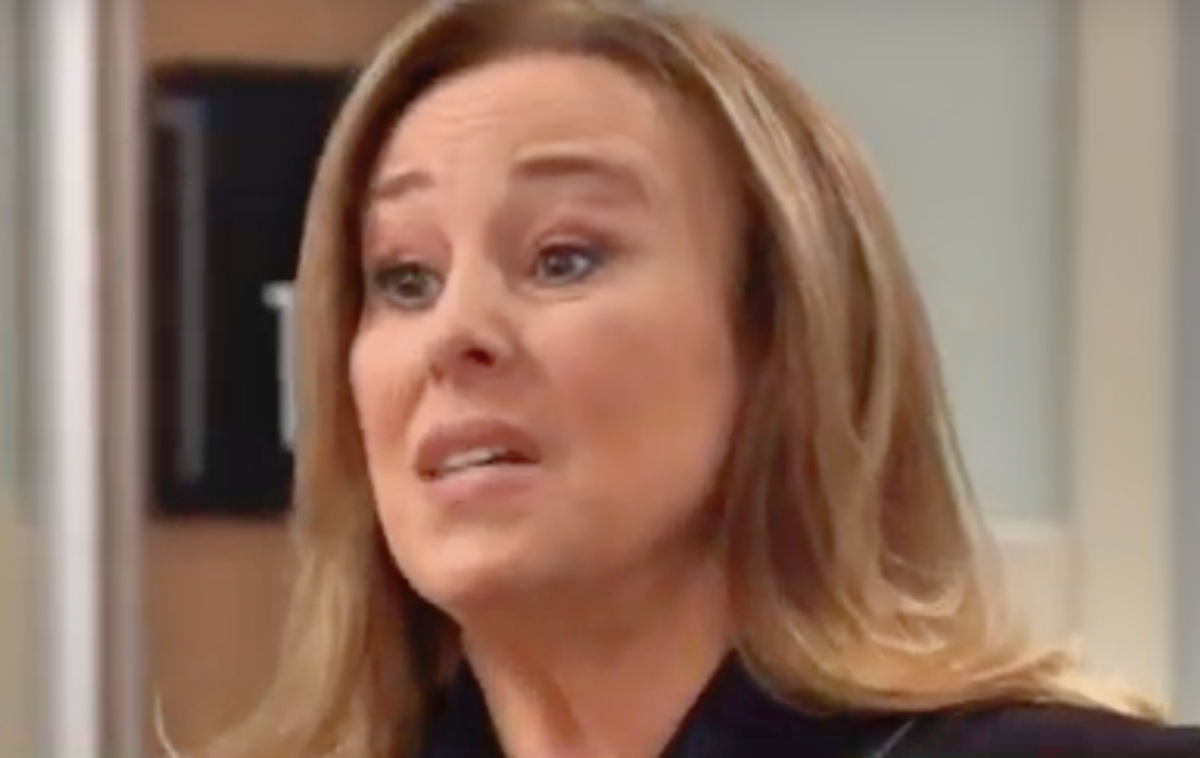 General Hospital (GH) spoilers for Monday, March 2, tease that Willow Tait (Katelyn MacMullen) will get some encouragement from Sasha Gilmore (Sofia Mattsson). GH fans know Michael Corinthos (Chad Duell) wants Willow to remain in Wiley Corinthos’ (Erik and Theo Olson) life. He feels like Willow’s caring nature would be beneficial to Wiley – and even to Michael himself.

However, Willow is a mess right now and isn’t sure she wants to bring that kind of confusion to Wiley. Kids are awfully good about picking up on things. Even so, Sasha will think Michael’s right. She’ll tell Willow that Wiley isn’t the only one who needs her. Sasha will feel like Wiley indeed needs Willow, who loves him dearly. Perhaps Sasha will think she could use the added help as well.

GH Spoilers: Willow Tait Will Get Some Encouragement From Sasha Gilmore

Sasha and Michael decided to just let things play out for the moment. They don’t need to make a big decision about their future since Michael’s already dealing with so much. Michael and Sasha love each other, so they intend to just go with the flow. Of course, that plan could change down the road – and General Hospital spoilers hint that it will.

In the meantime, let’s talk about the aftermath of that shocking shootout. Marcus Taggert (Real Andrews) just lost consciousness, but he’s a fighter. Tagger will be rushed to GH, where he’ll get the urgent care he needs. It appears Trina Robinson (Sydney Mikayla) will sit by her dad’s bedside and grow more hopeful when he awakens later.

Over with Jordan Ashford (Briana Nicole Henry), she’ll be both relieved and angry. Curtis Ashford (Donnell Turner) went behind Jordan’s back to be part of Taggert’s mission and could’ve been killed. Jordan will be glad Curtis is all right, but she’ll probably warn him to keep her in the loop next time!

As for Jason Morgan (Steve Burton), he’ll give Sonny Corinthos (Maurice Benard) updates on this whole ordeal and a startling connection. Jason will insist that Jordan and Taggert must be linked somehow, so you can bet he’ll do some investigating. General Hospital spoilers say Curtis will be on the hot seat in the week ahead, so stay tuned.

Until then, Laura Collins (Genie Francis) will decide enough is enough. Cameron Webber (William Lipton) almost died because of this escalating mob war, so Laura will do her best to shut it down. She’ll wind up at Pentonville for a confrontation with the man behind the violence, Cyrus Renault (Jeff Kober).

General Hospital spoilers say Laura will let Cyrus know she’s not messing around. She intends to deal with Cyrus by any means necessary. Laura’s next move will involve pushing for solitary confinement. Her thinking will be that if Cyrus can’t get orders to his men, it could bring this battle to a halt or at least slow it down long enough to figure something out.

Elsewhere, Elizabeth Baldwin (Rebecca Herbst) will try to make sense of why Taggert was the target. She won’t understand any of this, but she’ll be grateful that Cameron’s safe. Finally, Sonny will talk to Brando Corbin (Johnny Wactor) about protection and the difficulties that come with achieving it. This is a dangerous mess that’s only going to get messier!

General Hospital viewers will see plenty of excitement in Monday’s episode. We’ll keep you posted as other GH news emerges. Stick with the ABC soap and don’t forget to check back frequently for the latest General Hospital spoilers, updates and news.