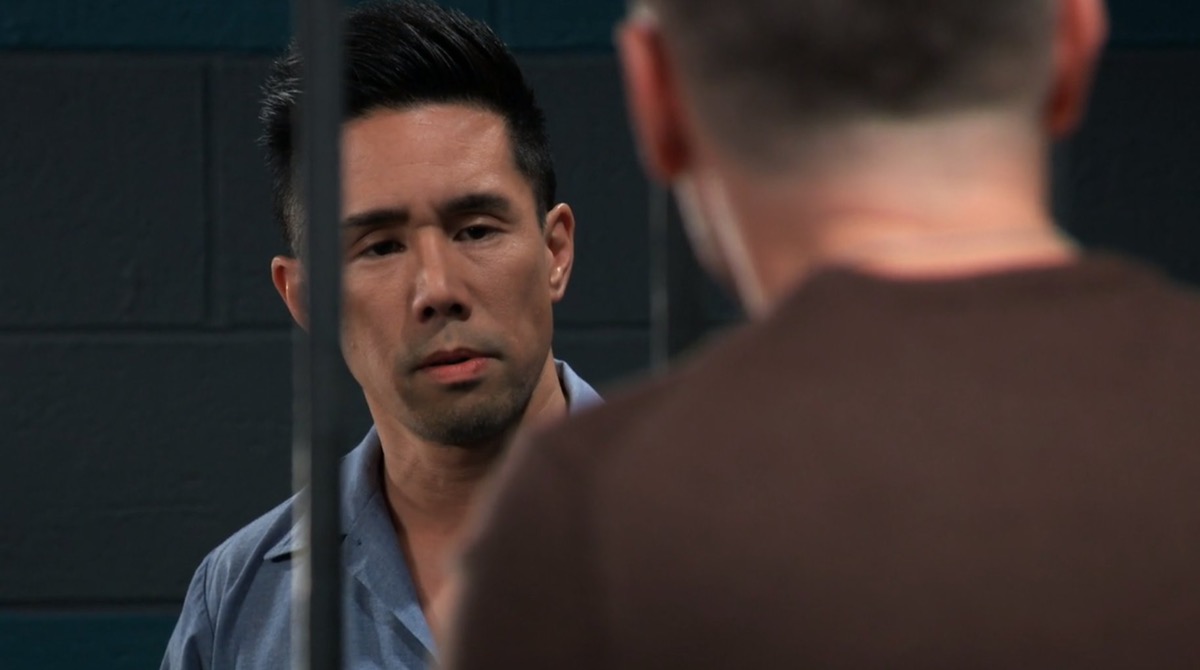 On “General Hospital,” the truth behind Wiley’s (Erik and Theo Olson) true identity has finally been unraveled and fans can’t wait to see what happens next. Viewers have been waiting for more than a year for this to happen and now they’re loving every second of it. But it’s not only the fans who are excited to watch what happens next. The actor who plays Brad Cooper, Parry Shen, is having a great time.

Viewers know very well that Brad played a huge role in this baby swap drama. Now that the truth is out, he’s facing the consequences of his actions and Shen is enjoying watching Brad get his comeuppance.

The actor shar*-ed a few hilarious posts showing his reactions to scenes where the truth about Wiley was being revealed.

In an Instagram post, Shen was standing in front of his TV, which displayed the scene where Lucas Jones (Ryan Carnes) started to recall Brad’s confession. Wearing a hoodie, Shen tried the Star Wars Jedi mind manipulation and said jokingly, “These are not the memories you are looking for, Lucas” while waving his hand in front of the TV screen.

The video was captioned, “When we last left off.. Lucas demonstrated his mind is immune to the ways of The Force.”

That not the only video he shared. He uploaded another clip where he was watching the next episode wherein Carly Corinthos (Laura Wright) took control of the situation following the revelation. While the scenes were playing, Shen started to move towards the door as when Carly said that he’d like to talk to his brother but didn’t care if others stay or leave the room. Shen stopped and moved back forward towards the screen when Carly said, “The only two people who cannot leave are Brad and Michael.”

The following week, Shen shared a short video, hinting what’s next for his character.

The daytime actor said, “Been shooting a lot this week at GH, so I can’t remember what exactly we’re doing today because they all kind of blend together. But usually, you can look at the wardrobe that is hanging by the door and get an idea of what’s happening.” Shen’s obviously not happy with what’s about to happen to his alter ego. And don’t forget to check back here regularly for all your General Hospital news, information and spoilers!