The Bold and the Beautiful Spoilers: Monday, March 2 – Katie’s Slip Makes Sally Suspicious – Sally Agrees To Move In With Wyatt 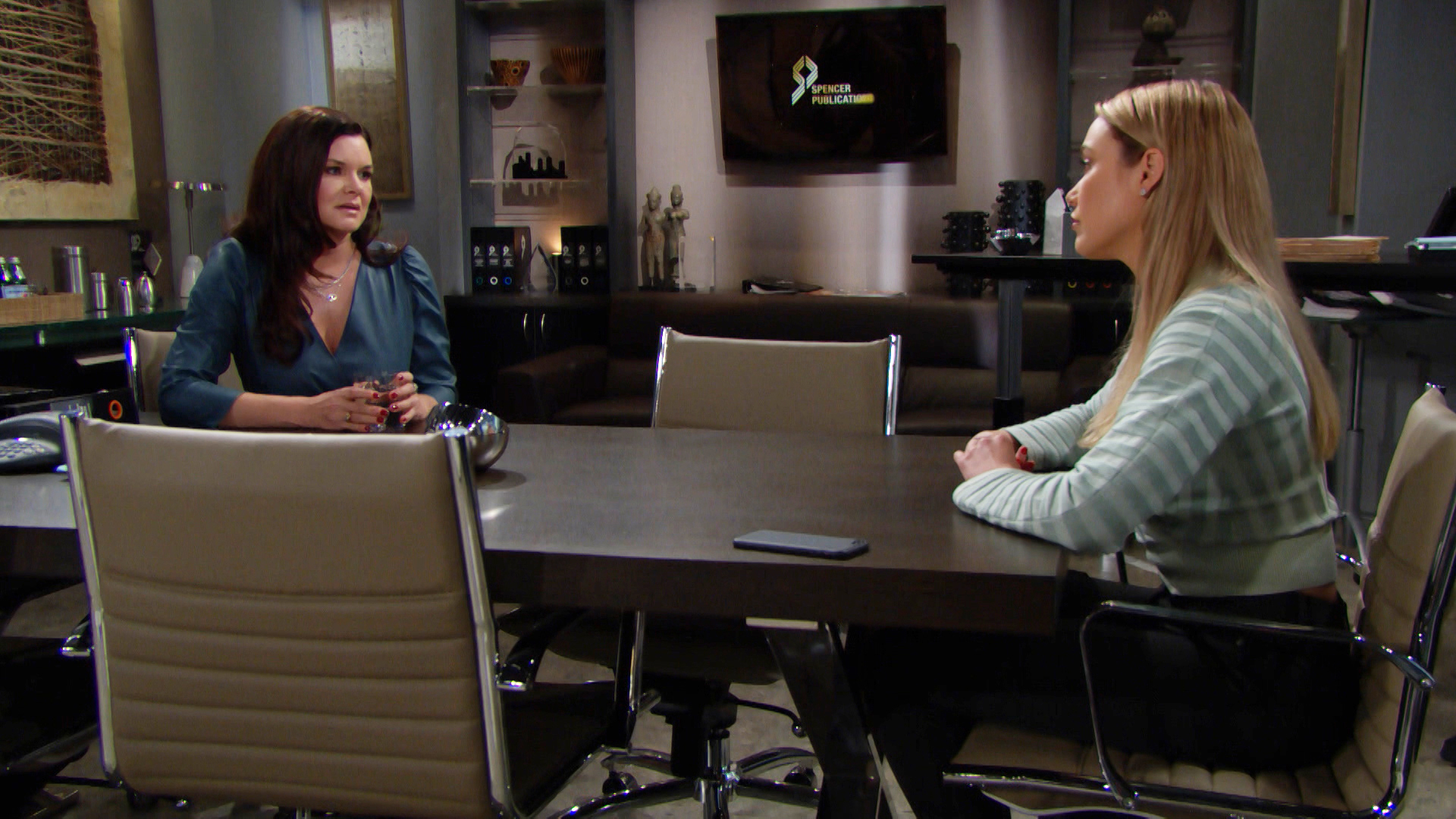 The Bold and the Beautiful (B&B) spoilers for Monday, March 2, tease that Katie Logan (Heather Tom) will cause Sally Spectra (Courtney Hope) to feel suspicious. As B&B viewers know, Sally is currently weighing her options. Wyatt Spencer (Darin Brooks) has just asked her to rekindle their relationship and move back in with him, and Sally thought the timing of his proposal was a bit odd, especially since he recently told her that he was leaving her for Flo Fulton (Katrina Bowden).

Well, now Wyatt is saying that he wants them to be together forever, which is something that Sally has longed for Wyatt to say to her for weeks now. But now she’s concerned that perhaps Katie might have told Wyatt about her terminal illness. As B&B viewers know, Sally is dying and has about a month left to live.

Of course, Katie did tell Wyatt about Sally’s illness, but Wyatt doesn’t want Sally to know that he knows about it. Wyatt wants to give Sally the support that she needs during this terrible time, and he doesn’t want her to think that he’s supporting her simply out of pity or because he feels obligated.

On Monday’s episode of the Bold and the Beautiful, Sally and Katie will continue their conversation in the Forrester Creations design office, and Katie will urge Sally to take Wyatt up on his proposal to move in with him. However, as they are talking, it seems that Katie will make a slip and say something that makes Sally think that she may have told Wyatt the truth about her illness.

Katie will probably have to cover her tracks pretty well to get out of this one, although it appears that she’ll manage to talk her way out of the situation, since B&B spoilers say that Sally will ultimately agree to Wyatt’s proposal. She’ll apparently do some thinking and realize that she wants to take Wyatt up on his offer to share their lives together.

Bold And The Beautiful Spoilers: Sally Spectra Will Move Back Into Wyatt Spencer’s Place

That means that B&B viewers should see Sally move back into the beach house soon. But from here, things might not be smooth sailing, for a couple reasons. For one, it seems that Sally will want to keep her illness a secret from Wyatt. That could end up being difficult to do, especially considering that she routinely experiences physical symptoms that are totally noticeable.

And Wyatt will want to keep the fact that he knows about Sally’s illness a secret as well. His hope is that Sally will eventually feel secure enough in their relationship to tell him the truth. But will Sally ever tell him the truth? As some point, her symptoms should become too severe for Wyatt not to notice, so we’ll see how that will all work out.

At any rate, it looks like Wyatt and Sally will be getting back together, which means that Wyatt and Flo will have to put their relationship on hold for the time being. Let’s hope that Sally soon discloses her illness to Wyatt, so that he can help make her final days as smooth as possible.