The Bold and the Beautiful Spoilers: Will Liam Forgive Steffy For Her Manipulation? 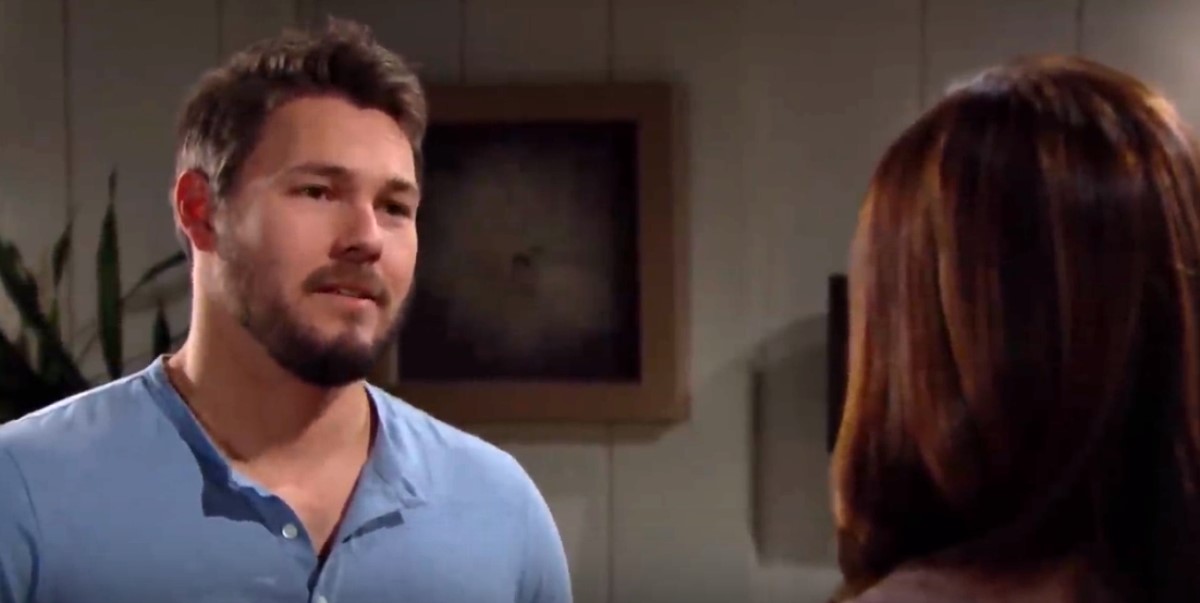 The Bold and the Beautiful spoilers indicate that Liam Spencer (Scott Clifton) will struggle with whether to forgive Steffy Forrester (Jacqueline MacInnes Wood) for her manipulation.

A few weeks ago, Hope Logan (Annika Noelle) caught her boyfriend Liam in a liplock with his ex-wife Steffy. Liam tried to explain what happened, but a distraught Hope broke up with him.

With him and Hope over, Liam has been spending more time with Steffy. The two often get together for play dates with their daughters, and it seems that the couple may be headed for reconciliation. However, Steffy’s keeping a big secret from Liam, one that will destroy their relationship.

The Bold and the Beautiful Spoilers: Friday, February 28 – Bill Shocks Flo With A Compliment – Sally Thinks Katie Spilled Her Secret

What Liam doesn’t know is that Steffy kissed him per Thomas Forrester’s (Matthew Atkinson) request. Thomas has been obsessed with trying to win Hope’s heart and is using everyone in his plan, including his sister. When Thomas learned that Hope was on her way to Steffy’s house, he told his sister to kiss Liam in front of Hope.

Steffy went along with Thomas’ request; however her guilt is starting to get the best of her.

She wants to confess the truth to Hope and Liam, but at the same time she doesn’t. She likes that she and Liam are once again growing closer. In her heart, she believes Liam is the only man for her and she doesn’t want to lose him again.

However, that could be what happens when the truth about Steffy and Liam’s kiss comes out.

Eventually the truth is going to be revealed, and the question on everyone’s mind is how this will affect him and Steffy.

The Bold and the Beautiful Spoilers: Zoe Welcomed By The Forrester Family – Is Thomas Worried About The Wedding? https://t.co/G74gtyd2ls pic.twitter.com/zatcAOsqGE

Of course Liam’s going to be angry that Thomas is still resorting to manipulation in order to get Hope. This will reaffirm his belief that Thomas hasn’t changed and is still obsessed with Hope.

He’ll be made at Thomas and also with Steffy, who went along with Thomas’ idea. Steffy claims that she loves and cares for Liam, but for her to do something like this unacceptable.

While Liam has every right to be angry with Steffy, he may surprise everyone and forgive her. Liam knows how dangerous Thomas can be, and Liam will believe that Steffy was in fear of her brother, and that’s why she went along with his request.

When the truth about the kiss is revealed, odds are it may lead to another reunion with Liam and Hope. Once again Steffy will be left heartbroken. Upon realizing that she and Liam will never be together again, she’ll decide it’s best to move on.