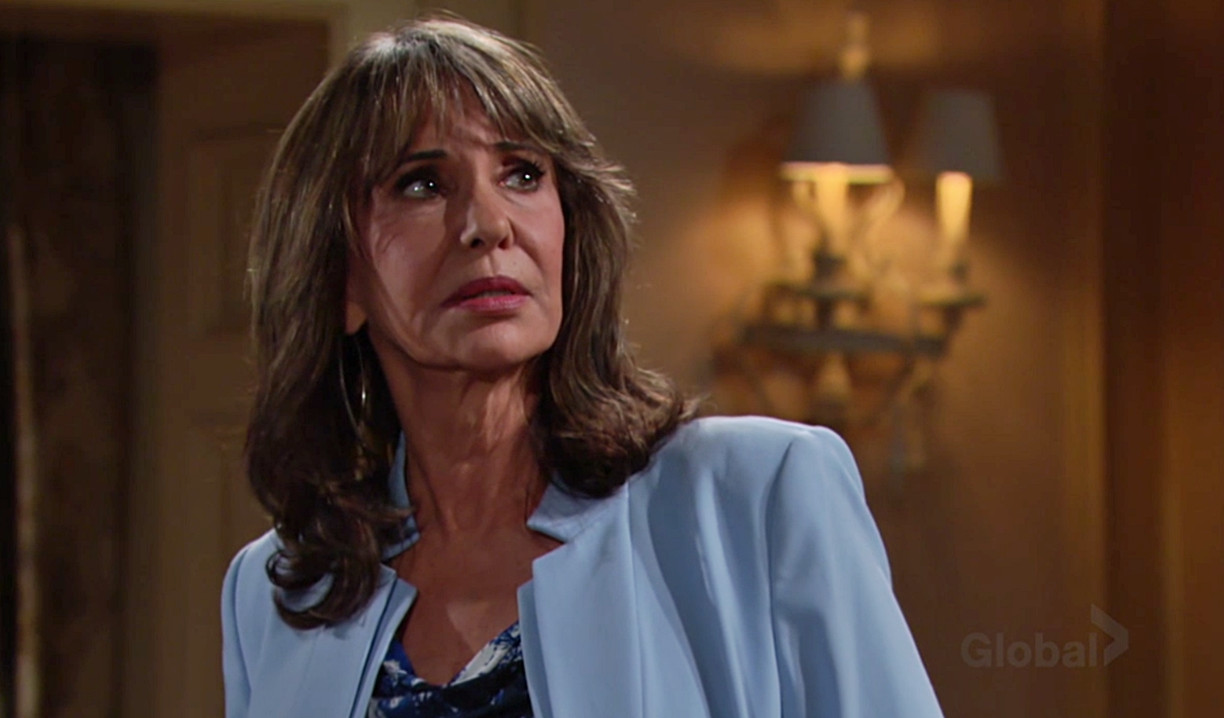 Jill Fenmore Atkinson (Jess Walton) doesn’t have a line on her estranged, fugitive husband, Colin Atkinson (Tristan Rogers), on ‘The Young and the Restless’. But she knows where her son, Billy Abbott (Jason Thompson), is and what direction to point him in.

The offer to head a new media division at Chancellor Industries is exactly what Billy needs. That role would allow him to channel his adventurous persona in a productive manner that could also be, as Jill said, profitable.

Pushing off his mother, Billy didn’t turn Jill flatly down. Instead, he wants time to digest all that he’s dealing with and has partially helped to create.

One encouraging element in Billy’s recent behavior is his recognition that ‘Villy’s‘ children must be taken care of. Tellingly, he’s fine with Johnny Abbott (Ryan and Holden Hare) and Katie Abbott (Sienna Mercuri) staying with Victor Newman (Eric Braeden) and Nikki Newman (Melody Thomas Scott) at the Ranch.

A recent clash with Victor, at the Newman family compound, caused Billy to initially revise his anticipated strategy. He was insisting on seeing his children, but thought better of it after a verbal bout with the ‘Moustache’.

One of Jill’s married names was Abbott. Hardcore fans recall the compelling arc that saw Walton’s character pursue John Abbott (Jerry Douglas) and eventually capture his heart. Billy followed, but has long believed that he’s nothing like his father. His assessment is wrong, as Thompson’s character has John’s compassion, devotion to his own children, and creative business flair.

Viewers are always glad to see Walton appear. This great actor, who assumed the role of Jill in 1987, is a true master of her craft.

Flashback scenes reminded longtime fans and informed newer viewers that Jill once had eyes for Victor and he for her as well. Those video images, shown in conjunction with the Newman Enterprises Fiftieth Anniversary celebration, underscored the depth of Walton’s Y&R career.

It appears that the latest crisis might cause Billy to veer out of his reckless streak. While not fully stabilized, he seems ready to abandon his self-serving pursuits in light of Vickie’s tenuous situation and the resulting needs of his children. While the deepest love of his life is in danger, Billy seems willing to at least maintain order and be available for his children’s needs.

Amanda continues insisting that her connection to him isn’t right and shouldn’t persist. But the flow of this plot suggests that they could remain paired. Jill doesn’t know the full details of her son’s newest, potential romantic link. But she’s sure to offer sage advice in this regard as soon as its revealed.