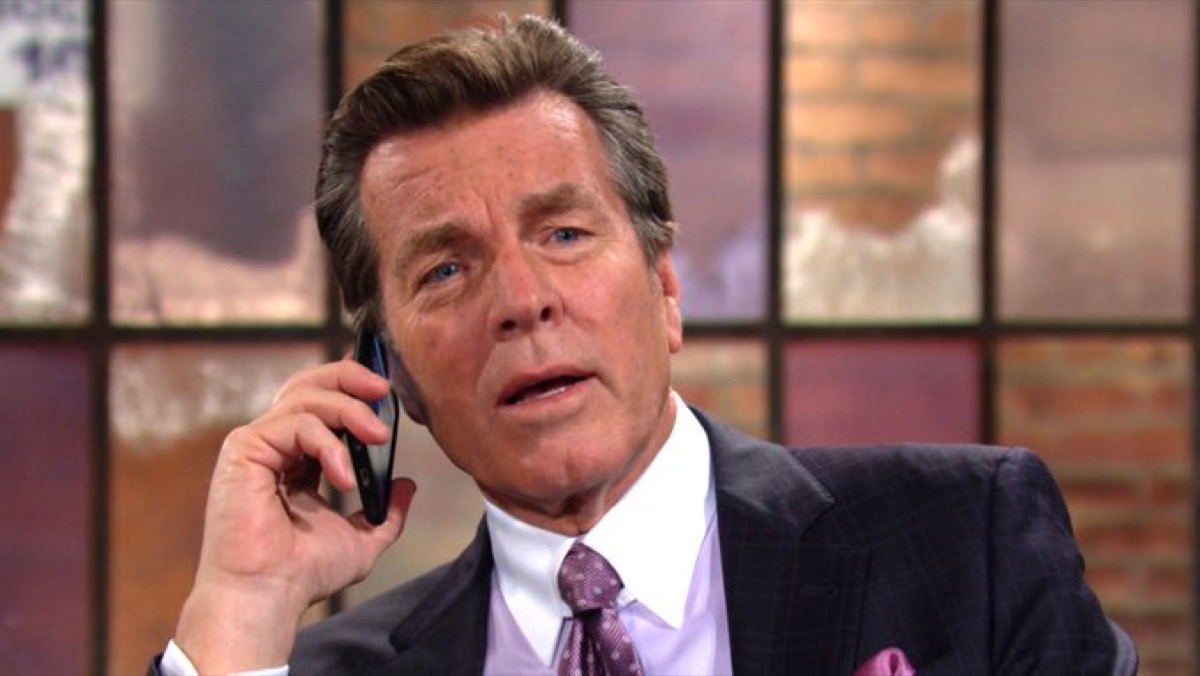 The Young and the Restless (Y&R) spoilers for Monday, March 2, tease that Nikki Newman (Melody Thomas Scott) will tell Victoria Newman (Amelia Heinle) at the hospital that the kids are staying at the ranch, and that Billy Abbott (Jason Thompson) has been visiting them every day.

As they talk, Paul Williams (Doug Davidson) will tell Victor Newman (Eric Braeden) out in the hall that he has an update on Ripley Turner (Christian Keyes). They’ll head in to talk with Nikki and Victoria, and Victoria will be stunned to hear that Ripley stabbed her thinking that she was Amanda Sinclair (Mishael Morgan). Victoria will say that she wants to go back to the ranch, and that she’s finished with Billy.

Next on Y&R, at Crimson Lights, Sharon Newman (Sharon Case) will talk briefly with Rey Rosales (Jordi Vilasuso) before he leaves. Meanwhile, out on the patio, Jack Abbott (Peter Bergman) will talk with Billy about Dina Mergeron’s (Marla Adams) decline. Billy will think that Jack’s trying to say that he’s needed and had better become more reliable. Jack will say that he’d never use Dina’s decline to insinuate such a thing to him.

Jack will thank Billy for talking with him about his feelings about Dina’s condition, and he’ll mention something about going to a meeting, which Billy will think was directed at him. Jack will then go inside and talk with Sharon, who will promptly get a hand cramp, then divulge that he has cancer. They’ll chat about that for a bit, then about Billy, whom Jack will say is isolating.

Next on Y&R, at Jabot, Kyle Abbott (Michael Mealor) and Summer Newman (Hunter King) will talk about their work/personal life balance a bit, then Summer will learn about Dina’s decline and she’ll be sorry to hear that. They’ll talk about Billy and Victoria as well, and their problems as well as Billy’s behavior later.

Later, Summer will talk with Theo Vanderway (Tyler Johnson) in the corridor, and they’ll do their familiar bickering about Kyle and Lola Rosales (Sasha Calle). Summer will observe that he must not have plans with Lola tonight, since he’s working late. They’ll continue going back and forth, and touch a bit on the Theo/Kyle rivalry. Theo will say that if Kyle tries to get rid of him, he’ll fight back, so perhaps Kyle should be worried.

Next on Y&R, Mariah Copeland (Camryn Grimes) will talk with Lindsay (Kirby Bliss Blanton) and Lola about the problems she’s having with Tessa Porter (Cait Fairbanks). Lola will hope that the two will work things out. Talk will turn to whether something’s going on between Tessa and Tanner Watts (Chase Coleman). Ultimately, Mariah will get upset by the conversation, and Lindsay will go home with her so that she’s not alone.

The Young and the Restless’ Spoilers: Phyllis Remains Greedy and Manipulative –Should Abby Should Follow Chelsea’s Lead? https://t.co/GN7lz9VGgg pic.twitter.com/PuajwPEQ39

Once at the apartment, Mariah will note that she may have to move out of the place soon, and she’ll start crying. Lindsay will hug her, and that will lead to a kiss. They’ll start kissing passionately and make love. Afterwards, Tessa will enter and demand to know what’s going on.

Young And The Restless Spoilers: Amanda Sinclair Gets Startling News About Ripley Turner

Next on Y&R, Amanda will fall asleep in her hotel room and end up having a nightmare that Ripley enters her room and threatens her. She’ll wake up screaming, as Rey is knocking on the door of her room. Amanda will learn that Ripley has been arrested and that he was on his way back to Genoa City in the possession of weapons.

Amanda will tell Rey that she would like to confront Ripley, but he’ll say that she can’t, as she’s a potential witness in the case against him. Later, Billy will arrive to talk, and he’ll learn about Ripley’s arrest as well. Amanda will be disturbed about the whole situation, and she’ll tell Billy to leave.

Finally, on Monday’s new episode of Y&R, Rey will come back to Crimson Lights to see Sharon. She’ll be too tired to drive and will start crying. Rey will decide to take her home.