Young and the Restless Spoilers: Kevin Helps Crack A Code 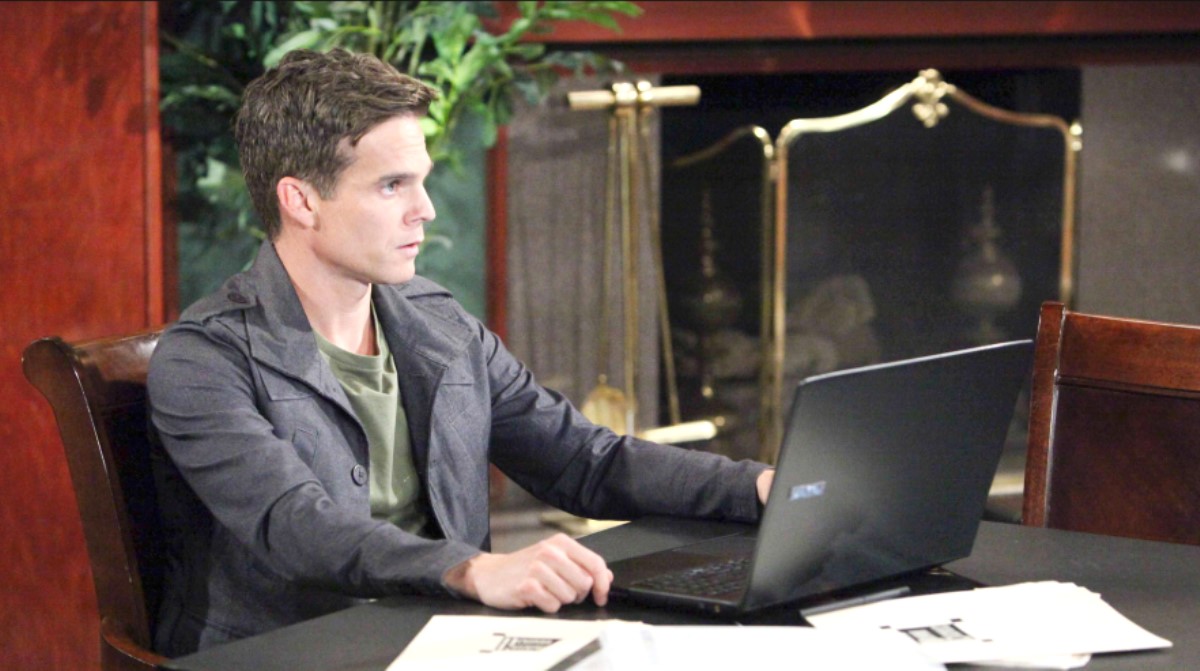 The Young and The Restless spoilers tease that Kevin Mitchell (Greg Rikaart) will help to crack a code in an upcoming episode of The Young And The Restless!

Chance Chancellor (Donny Boaz) gets a call from Devon Hamilton (Bryton James) to come over to Crimson Lights, where Devon has received a mysterious text from a blocked number that looks to Devon like it could contain some type of code.

Chance arrives and finds Devon. The two discuss Colin Atkinson (Tristan Rogers) and wonder if he is up to his old tricks again, sending an undecipherable message to mess with Devon’s head over his lost inheritance, that Colin even intercepted out of his own son Cane Ashby’s (Daniel Goddard) account that he had set up for his children with Devon’s sister, Lily Winters (Christel Khalil) That takes some kind of nerve, not to mention the man appears to have no scruples and no conscience! That is not surprising considering he shot and killed Cane’s twin Caleb Atkinson (Daniel Goddard)!

Chance sees what Devon sees, that there is definitely a pattern in the numbers in the text but his best guess is that they are latitudes and longitudes. Chance, as a former FBI agent has been trained to recognize codes and trained in deciphering them, but he can’t figure this one out – the numbers are too random. He happens to spot Kevin Mitchell (Greg Rikaart) at another table and calls him over to take a look at the code to ask him if he thinks he can help.

He explains that he and Devon think the text came from Colin Atkinson and if he can crack this code and figure out what it means, he may be helping to take the con man down for good! Kevin, like many other citizens of Genoa City, know exactly who Colin Atkinson is and what he does – other than his fathering Cane Ashby.

He will be more than happy to do anything that he can to bring that weasel down for good, and if possible help Devon get his money back – it would feel like a way to make up, albeit indirectly, for losing Chelsea Lawson’s (Melissa Claire Egan) money that he laundered and then couldn’t retrieve because the Feds were investigating the bank he used – that was what brought Simon Black (Jeffrey Vincent Parise) to town and caused all that trouble! Of course, he doesn’t tell Devon and Chance that he had laundered Chelsea’s money! He’s just thinking it to himself!

The Young and the Restless Spoilers Thursday February 27: Devon Gets His Money Back, Victoria Wakes Up, and Nikki's Warning For Billyhttps://t.co/LNGjHo4seq

Kevin gets his laptop and gets to work. He is a very good hacker in addition to being an IT person for the Genoa City Police Department, and it doesn’t take him very long to decipher the “code” which he immediately recognizes as a format for a bank account.

He has to break through some firewalls and then he has the answer for Chance and Devon; he can’t tell if it’s from Colin for sure, but he can tell them that the numbers are to an offshore bank account and that the bank account is under Devon’s name, and has a balance of $2,475 million!

Devon is stunned; this is the exact amount of money that he gave Cane, thinking that he really was the true heir to Katherine Chancellor’s (Jeanne Cooper) estate, but then Cane had found the money is taken out of the account he set up to hold it for his children! This is extremely helpful information for Chance and Devon!