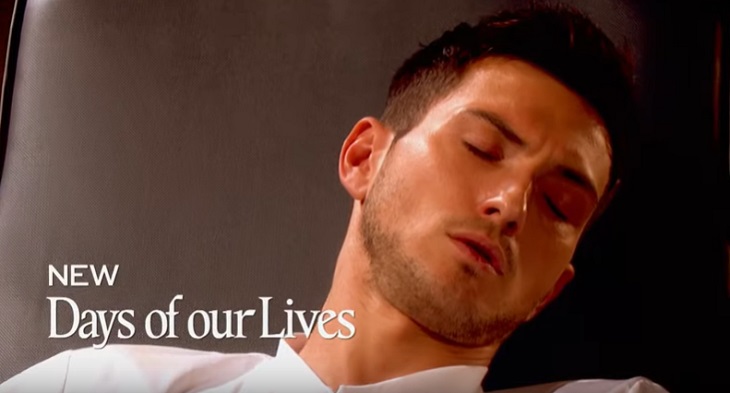 Days of Our Lives spoilers reveal Ben Weston (Robert Scott Wilson) will be executed next week — well, mostly executed. To find out what exactly that means, what the actor had to say about the storyline and what Ciara Brady (Victoria Konefal) does, keep reading.

DOOL spoilers reveal Ben is set to be executed. The type is lethal injection and there are three shots he will receive. He gets the first two and then fades out while having images of Ciara. He’s only half-conscious so he’s not sure if it’s all in his mind or if Ciara is really there. Actor Robert Scott Wilson explained what is going through Ben’s mind and heart in the latest issue of Soap Opera Digest.

“It’s really heart-wrenching. For Ben, his life didn’t truly begin until he had true love in it. He’s seeing everything Ciara brought into his life.”

Wilson explained that Ben tries to find a way to rationalize what is happening to him. He figures that the acts he committed as the Necktie Killer are coming back to haunt him. He believes that this is karma, even if he is innocent this time around.

While Ben prepares for his life to end, Ciara is busy trying to find a way to clear his name. As seen on Friday’s episode, she learns that baby David’s father’s name is Christian Maddox. As fans recently discovered, that is the real name of David’s nanny, who has been using the alias Evan Frears (Brock Kelly).

Days of Our Lives spoilers reveal Ciara and Will Horton (Chandler Massey) will end up saving Sonny Kiraikis (Freddie Smith). Evan holds Sonny by gunpoint and basically orders him to run away with him and baby David. Will and Ciara come across the scene just in time.

Days of Our Lives Spoilers: Saving a Salemite

The gun is taken away from Evan and Ciara literally drags him to the prison to face what his secret is doing to Ben. She presses the nanny’s face up to the glass so he can take a good, hard look at Ben dying for a murder he didn’t commit.

However, will it be enough for him to confess the truth in front of everyone? Will it get Ben out of dying or is it already too late?