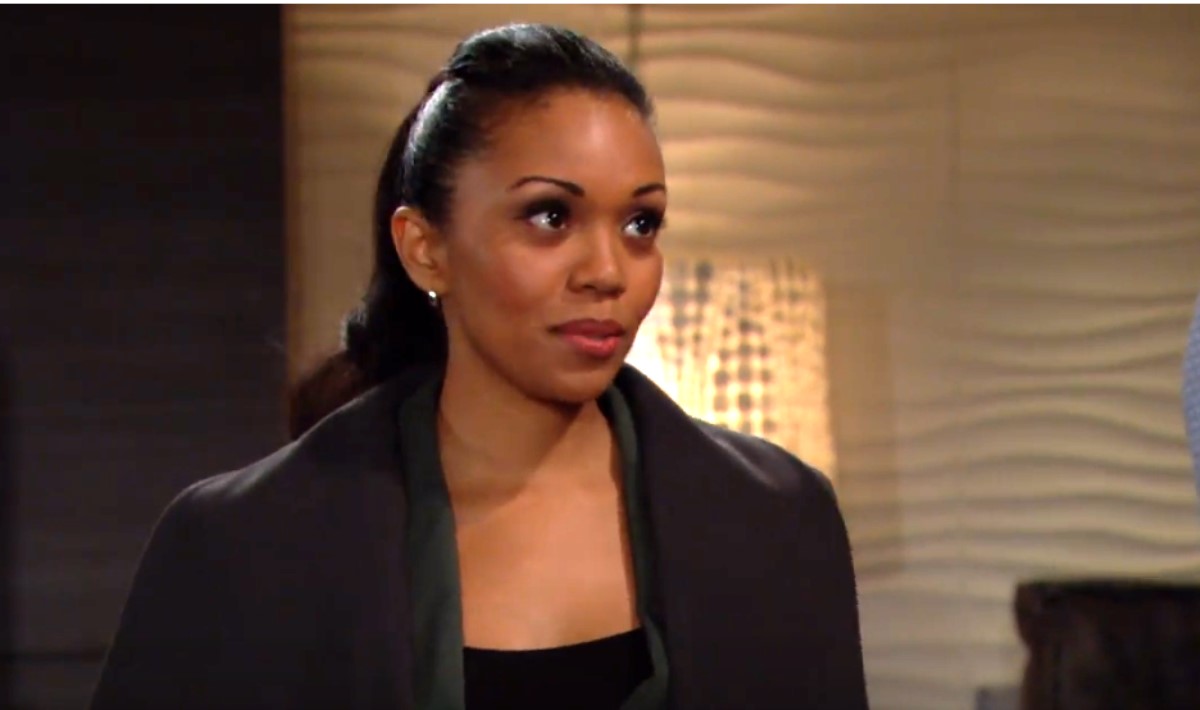 The Young and the Restless (Y&R) spoilers hint at Amanda Sinclair (Mishael Morgan) continuing to blame herself for Victoria Newman (Amelia Heinle) being in the hospital. Amanda has been blaming herself for the actions of her ex since she gave him the benefit of the doubt. She may continue to consider leaving town in order not to risk the lives of anyone else in town.

The Young and the Restless Spoilers- Amanda blames herself

After the party where Victoria was stabbed, Amanda began to blame herself for Victoria’s current condition. For her, she thinks that since she allowed him to be let out of police custody, that she is just as much as fault Ripley Turner (Christian Keyes). Not to mention the fact that she had led Ripley to the party by following behind Billy Abbot (Jason Thompson).

In response to her guilt, she has decided to stay away from Billy as she told Billy that she should have stayed away from him earlier. However, she does contemplate leaving town as she is talking with Nate Hastings (Sean Dominic). She tells Nate that as long as she is in town, then everyone around her is in danger of getting hurt by Ripley.

Nate tries to reassure her and tells her that she could not have known that he would do something like that. He tries to convince her to stay in town, and she decides to continue to stay at the Grand Phoenix Hotel.

Luckily for her, Abby Newman (Melissa Ordway) has gotten extra security to help protect the guest and Amanda from any attacks from Ripley just in case he decides to show his face around there. She reassures her that she is not to blame for his actions, and Abby tells her that she does not blame her for Victoria being in the hospital.

From what it seems like, there has been no sign of Ripley since he ditched the party, but since he knows that Amanda is still alive, he probably did not ditch town and is perhaps waiting for the perfect time to make contact with her again. However, with law enforcement and Victor Newman’s (Eric Braeden) guys looking for him, it is only a matter of time before he is caught and taken into custody.

What do you think? Do you think that Ripley will show back up in town? Do you think that Amanda will decide to leave to protect everyone, or will she stay now that she has friends in town? We’ll give you updates as Y&R news comes in. Stick with the CBS soap, and don’t forget to check CDL often for the latest Young and the Restless spoilers, updates, and news.