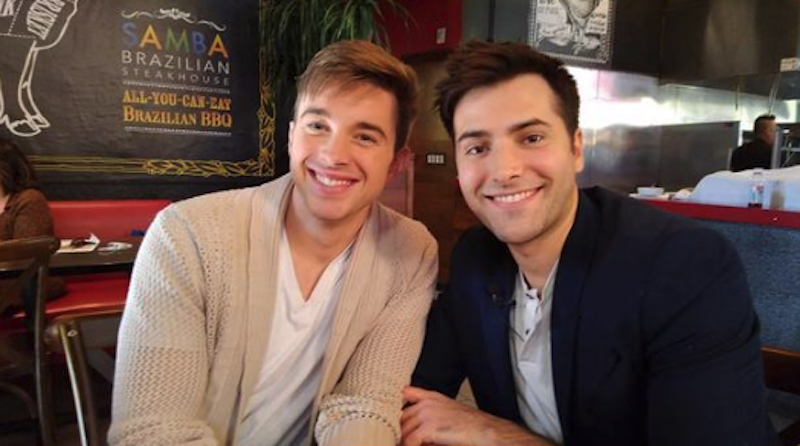 Days of Our Lives spoilers confirm Will Horton and Sonny Kiriakis, affectionately referred to as “Wilson” have been written out of the NBC soap opera. While many times actors are told that they will no longer be on a soap, this didn’t happen with Chandler Massey and Freddie Smith. Find out how they found out and what else they had to say about the situation.

DOOL spoilers reveal that it took a while before the network officially renewed the soap opera. In fact, there was a time when all the actors were released from their contracts. As fans recall, there was widespread panic due to one website pondering if cancellation was on the horizon. Of course, it was a question, not a statement, and perhaps the publication jumped the gun a bit.

Eventually, the soap was renewed. However, Freddie told Soap Opera Digest that he was perplexed why he only had scripts for six episodes. He talked to Chandler and the two decided to do some sleuthing.

After speaking with each other, Chandler and Freddie read the sixth script – which revealed “Wilson” was being written out. Then, they ended up talking to a producer. That is when it was stated that “it” (meaning writing off characters) is never an easy thing to do. That pretty much is how Chandler and Freddie found out. They weren’t taken aside, told their work was appreciated or that they might have them come back one day. They received none of that common courtesy or consideration.

Freddie had been portraying Sonny Kiriakis for about nine years and couldn’t even be told ahead of time what was happening. Were they ever going to tell him or just stop sending him scripts?

Chandler spoke on Freddie’s podcast, titled The Freddie & Alyssa Show. He talked about realizing his time on the soap was over.

“I was stunned. I mean, I didn’t even know what to say. I mean, it just seems like our story was so… our story was unfinished and just happened so abruptly. And to find out through reading the scripts was a little weird, too.”

Smith explained on the podcast that the conversation with the producer was awkward. However, they created that awkward atmosphere by not talking about it with them or calling to let them know. At first, his feelings were hurt. However, now that he has had time to process the entire situation, he is looking forward to the future.

Hopefully, we see both Will and Sonny back in Salem one day. They are both characters that will be greatly missed.