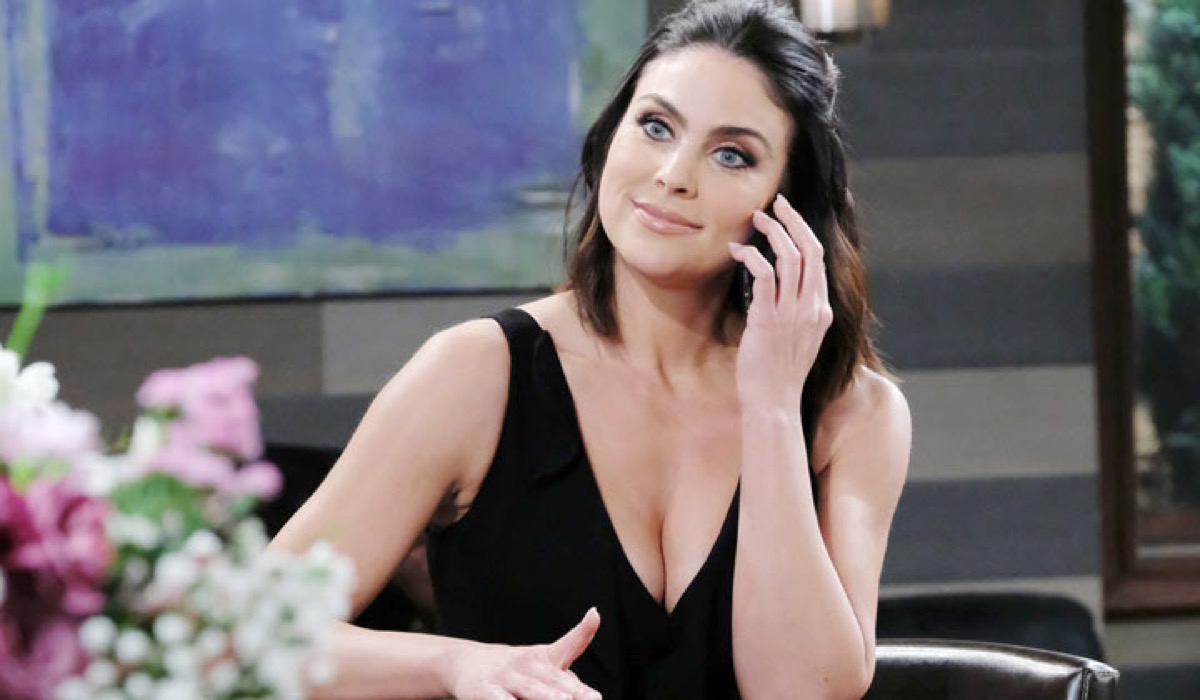 Days of our Lives spoilers have just dropped an epic bomb that a fan fave is set to return, which means that fans of Nadia Bjorlin (Chloe Lane) have much to celebrate.

Chloe Lane is not only coming back to DOOL, she reportedly is doing so with the guarantee of a contract.

We last saw the lovely lady last year after months of a virtually nonexistent story, certainly not one that was worthy of her talents. However, Nadia herself dropped a big hint when she said that the end didn’t seem like it was a forever thing—did she know something we didn’t?

At any rate, the news is out that Chloe aka Ghoul Girl will be back onscreen later in the year.

Days of Our Lives Spoilers: Stefano Forces Another To Kill For Him – Will Kate Die By Chad’s Hands?

Days Of Our Lives Spoilers – What Brings Chloe Back?

Sources have indicated that Bjorlin will begin filming next month. With DOOL’s complicated schedule, this means fans will likely see her in the fall. Sources are also reporting that the talented actress returns to DOOL with a contract, not a temporary filming schedule.

At this time we can only speculate about what wild and crazy event brings the strong-willed woman back to town.

There’s no word yet as to what will bring Chloe, who debuted in 1999, back to the canvas. Of course this good news comes on the heels of the departure of several high profile characters, including Galen Gering (Rafe), Chandler Massey (Will) and Freddie Smith (Sonny).

Days Of Our Lives Spoilers – Much Has Changed In Salem

Based on the way things last played out, Chloe will find Salem a different town, with big changes having occurred over the last year (some of which went missing from the screen).

For instance, Stefan DiMera (Brandon Barash) was killed in a gruesome case of mistaken identity, although he is reported to be returning. Still alive is his wife, Gabi DiMera (Camila Banus) and these three will have quite a lot to talk about, if not fight about.

Days Of Our Lives Spoilers – Can Chloe Handle Gabi’s Jealousy?

While Stefan eventually married Gabi, he also had feelings for Chloe. Gabi is a hot mess, having first been sent to jail for hijacking a pacemaker and now being released in order to save a baby’s life with her bone marrow.

Can she handle more drama in the form of her rival and ex? There’s only one to find out and that’s to tune in and see for yourself!

It looks like the action from February sweeps will continue to run through the coming months, and fans have much to anticipate with some characters exiting and some returning.

We’ll keep you posted as other Days news comes in. Stick with DOOL and don’t forget to check back often for the latest Days of Our Lives spoilers, updates and news.