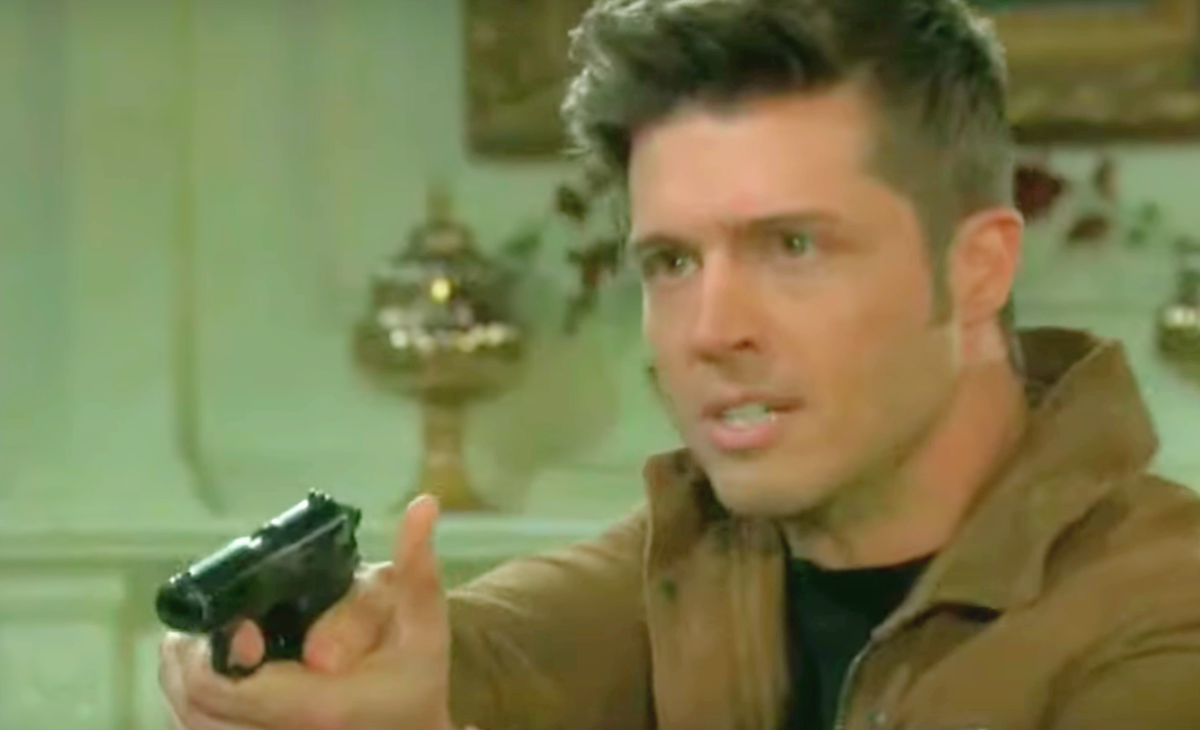 Days of Our Lives (DOOL) spoilers for Tuesday, March 3, tease that Ben Weston (Robert Scott Wilson) will take a trip down memory lane. As his lethal injection starts, Ben will reflect on his relationship with Ciara Brady (Victoria Konefal). He’ll have several significant flashbacks as he remembers their love story and tries to hold onto what matters.

Of course, Ciara has no intention of letting Ben die. She’s doing everything she can to stop Ben’s execution, but she needs Evan Frears aka Christian Maddox (Brock Kelly) to cooperate. In order to get that cooperation, Ciara will have to wrestle Evan’s gun away from him. Days spoilers say Ciara will get the job done in epic fashion and force Evan to return to Statesville with her.

Ciara’s goal will be to make Evan confess, but she’ll have to hurry up! Ben doesn’t have much time left, so Ciara will race there with Evan as fast as she can. Meanwhile, Kristen DiMera (Stacy Haiduk) will rip into Gabi Hernandez (Camila Banus). DOOL fans know Kristen and Lani Price (Sal Stowers) grew close during their time at the convent. Kristen hates that Gabi turned Lani’s life into such a train wreck, so she’ll really let her have it.

Unfortunately, Gabi was able to wiggle out of her punishment. As Mackenzie “Mickey” Horton’s only bone marrow match, Gabi managed to use that as leverage and score her freedom. Naturally, Days of Or Lives spoilers say Kristen will be disgusted. She’ll make it clear that it wasn’t right for Gabi to use an innocent baby as leverage, but she won’t realize she’s talking about her own daughter!

Days Of Our Lives Spoilers: Xander Kiriakis Will Bump Into A Familiar Face

Across town, Days of Our Lives spoilers say Xander Kiriakis (Paul Telfer) will bump into a familiar face. It turns out this won’t be a pleasant reunion! Dr. Raynor (Victoria Platt) knew about the baby swap, but Victor Kiriakis (John Aniston) paid her to keep her mouth shut and leave Salem. As you can imagine, Xander won’t be happy to find out Dr. Raynor has resurfaced.

Has Dr. Raynor had a change of heart about keeping quiet? Is she battling her conscience or does she just want more cash? Whatever the case, Xander will hope he can fix this before it becomes a bigger problem. He’ll do his best to make sure Dr. Raynor scrams, but she’ll indeed make major waves thanks to this return trip home.

It looks like some exciting scenes are on the way. We’ll give you updates as other Days news comes in. Stick with DOOL and don’t forget to check back often for the latest Days of Our Lives spoilers, updates and news.