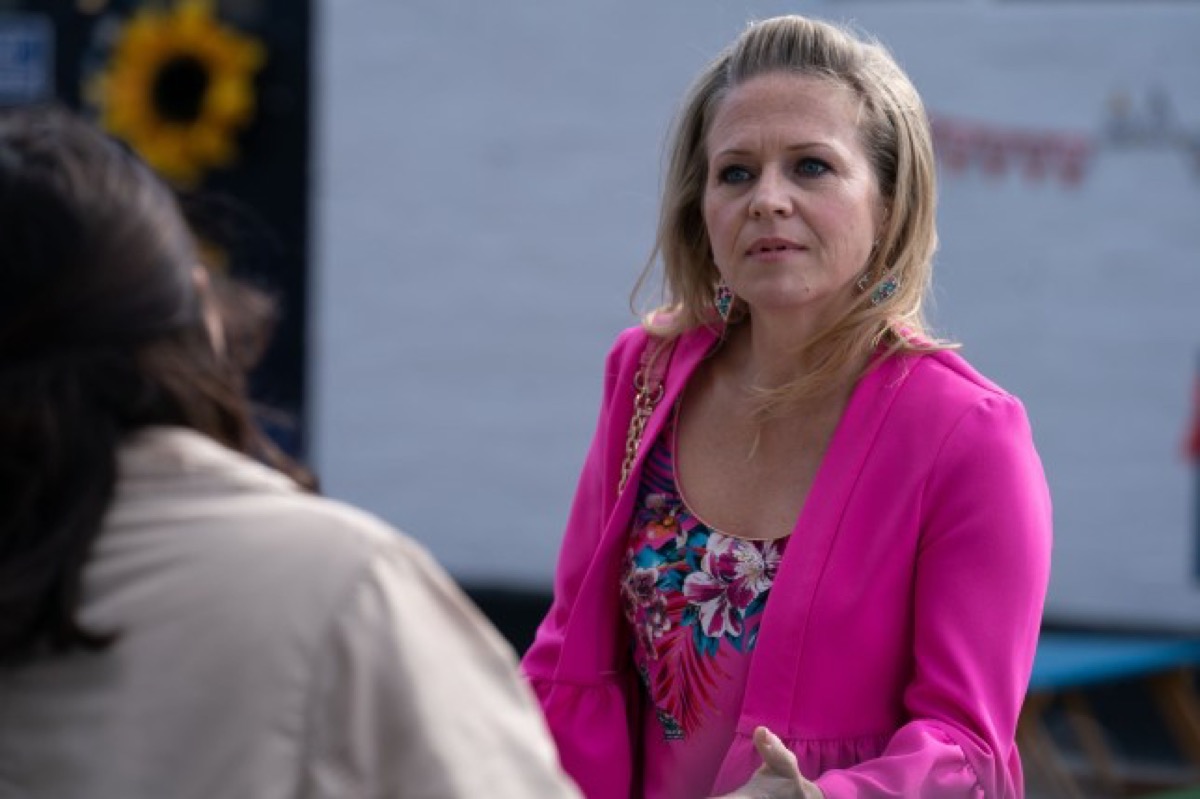 On “EastEnders,” Linda Carter (Kellie Bright) is finally ready to face her demons. She’s set to take a huge step in battling her alcoholism after she and Saul nearly drowned during the show’s 35th anniversary.

Viewers may recall that Linda and Mick Carter’s (Danny Dryer) marriage was on the brink of collapsing and the life of her son was put at risk because of her alcohol problem. Unfortunately, those incidents weren’t enough for her to admit that she has a problem.

EastEnders Spoilers: Mick Carter’s Lies Catch Up To Him – Linda’s Husband Headed Back To Prison?

When she got drunk while celebrating Queen Vic winning Pub of The Year on a party boat, she and Mick ended up almost drowning. The near death experience finally made her realize that she needs to deal with her addiction.

She starts to focus more on her family. The costume she made for Ollie (Harry Farr) helped her son win second prize in the school’s fancy dress competition. The good news placed the Linda and Mick’s relationship in good spirits, which encourages Linda to start dealing with alcoholism.

With the help of Tina Carter (Luisa Bradshaw), Linda starts getting rid of the bottles of alcohol she stashed away. She knows she has a long way ahead but with the help and support of her friends and loved ones, she believes she turn a new leaf.

“In terms of a challenge, it’s probably the current one and Linda’s alcoholism. It’s been so rewarding and I’ve loved every second of it, but it has been really challenging. It’s the hardest thing I’ve ever had to do on screen in anything. It was as terrifying as it was exciting,” Bright said.

The Bright admitted that she was both excited and terrified when she was working on the episodes.

“It was really exciting yesterday and quite epic. I’ve never done a day’s filming underwater before and it really felt like we’d achieved something,” she said.

“I was really glad I was doing it with Danny because you sort of hold on to each other in those moments because it’s a bit scary,” she continued. Plus, she can’t see without her glasses or contact lenses, which made the experience more terrifying.