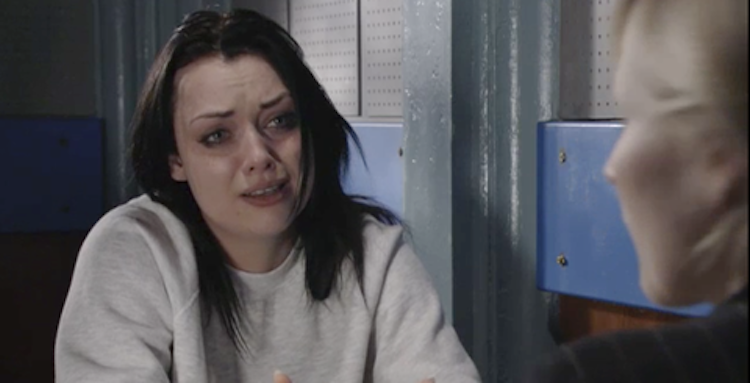 EastEnder Spoilers suggest the importance of the Stalking storyline involving Whitney Dean (Shona McGarty) and Leo King (Tom Wells) when it comes to reflecting on the stalking laws that been set into place. EastEnders is famous for touching on issues that can happen to normal people. This is also true for this storyline as stalking laws have been an issue since it can be hard to gather enough evidence to get law enforcement to take a victim seriously. This will breakdown how Whitley’s storyline is similar to how victims are treated.

Leo’s stalking reflects the classifications of stalking in both the UK. Leo has made unwanted advancements towards Whitley. Unwanted continuous phone calls would be considered as being stalker like behavior. The sending of flowers and approaching her in public as well as following her around would all follow under stalking according to the law in the UK. Since his behavior was consistent and made Whitley fearful and stressed out enough that her hair began to fall out, she would be well within her rights to explore her options and take legal actions.

An article published by Independent which will be included speaks to a victim who has a similar experience to Whitley. The victim talks about how she had to keep calling the cops every time he showed up and was eventually told to keep a diary and her messages. Like showed through Whitley this could be used as evidence against the stalker. Without those things the police can not act. In some cases, things can turn deadly, another victim was killed by her stalker after reporting it but saying she did not want him to be arrested. It was letter determined that the police should have made the decision to arrest him.

Victoria Charleston is apart of a British charity that helps victims called Suzy Lamplugh Trust. In 2017, Victoria stated that they often receive calls from victims saying that they are not being taken seriously by law enforcement. This is reflected through Whitley’s experience as well. No matter how much evidence she had, she was not taken seriously. Another problem is the harassment warnings that are given out, this was given to Leo when he was stalking Whitley. First the victim reports the stalking and then law enforcement decides if it is worth their time to issue the warning. Which means that law enforcement does not believe the victim or take them seriously they do not have to proceed any further. Which could lead to what Whitley experienced, which was Leo getting the warning way to late and no actions being taken against him.

It is important to know the steps that should be taken when stalking is going on and knowing the different avenues that can be taken. EastEnders showed the worst-case scenario, but it is not far fetched as some people are treated as a problem instead of the victim. If you want to learn more about Stalking laws it does depend on where you live, just search your location and stalking laws. If you live in the UK or would like to learn about the stalking laws or stories used in this article, see the links below.