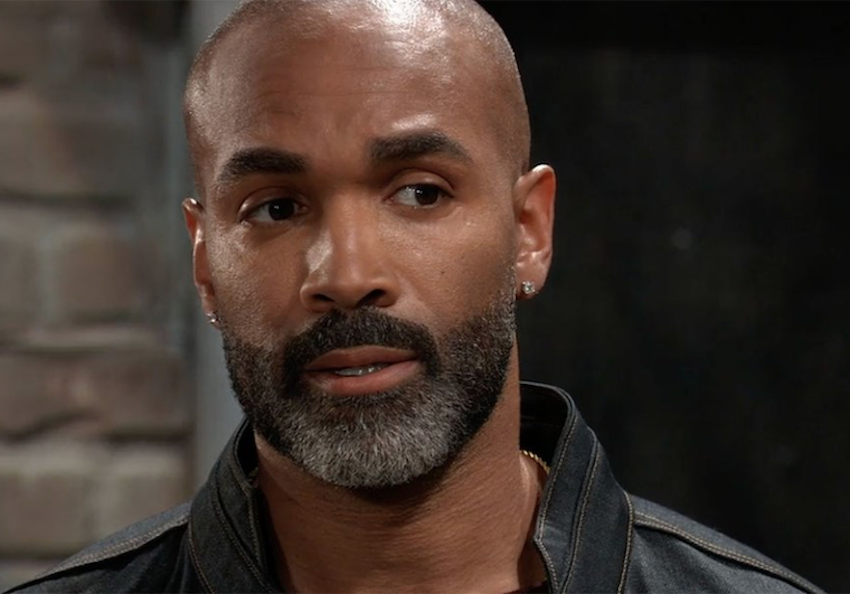 General Hospital spoilers tease that Curtis Ashford (Donnell Turner) may have been too reckless and is confronted about it in a sneak peek of Monday’s episode of General Hospital!

Elizabeth (Rebecca Herbst) and Franco Baldwin (Roger Howarth) walk into General Hospital to pick up Cameron Webber, (William Lipton) who viewers will recall was kidnapped, along with Trina Robinson (Sydney Mikayla) by an Uber driver who turned out to be one of Cyrus Renault’s (Jeff Kober) goons. They were trying to lure Trina’s father, retired Lieutenant Marcus Taggert (Reάl Andrews) into a trap – and a trap it was! Franco tries to calm Liz down, reminding her that Curtis Ashford (Donnell Turner) had said that Cameron wasn’t hurt. Liz says she knows that in her head but she can’t trust it in her heart until she sees him with her own eyes! She turns around quickly to look as she hears a voice say “Mom” and then sees Cameron coming towards her, followed by Jason Morgan (Steve Burton) and Trina. Liz says, “Cameron – thank God!” and they hug each other tightly as Franco observes.

Trina tells Jason she needs to find her dad, as head nurse Epiphany Johnson (Sonya Eddy) approaches. Jason tells her that Trina is Marcus Taggert’s daughter. Trina starts asking if her dad is – and Epiphany interrupts, telling her that they are stabilizing him and getting him prepped for surgery and tells her to follow her. As Trina and Jason go with Epiphany, Jordan Ashford (Briana Nicole Henry) enters. She spots her husband, Curtis at the far end of the nurses’ station talking to a doctor. She rushes towards him and worriedly asks him if he’s all right. He tells her he’s fine, but her buddy Taggert, not so much. Jordan says she knows – they had told her they were working on him, referring to General Hospital medical personnel.

Then she asks him what happened, and he tells her it was crazy. Jordan’s attitude starts moving towards anger as she tells him crazy is right! She becomes angrier and angrier at Curtis as she continues, telling him that he, Taggert, the kids, all could have died in that warehouse! Curtis tells her he knows, he knows, and he knows what she’s going to say – as she interrupts him again, telling him it’s not just the fact that she is his wife – she is also the Police Commissioner, and she should have been his first call! But no, he and Taggert cowboyed their way in there, guns blazing, all on their own! Then she tells him, “Dammit, Curtis, you could have been killed!” Of course she doesn’t know that Taggert didn’t want the police involved for a very good reason – if Renault’s goons had seen the police before Taggert got there, the teens would have already been dead!