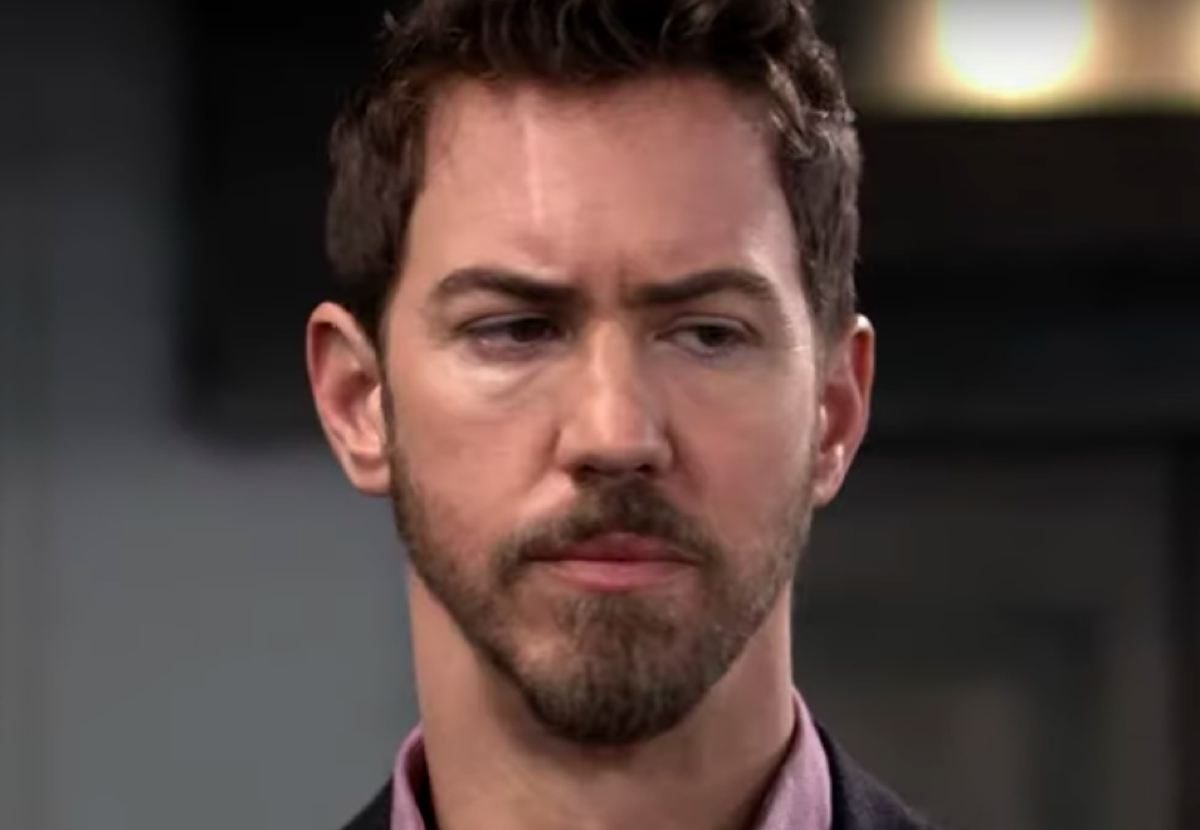 General Hospital (GH) spoilers for Tuesday, March 3, tease that Anna Devane (Finola Hughes) will have an awkward encounter with Hamilton Finn (Michael Easton). She’ll ask what he told Harrison Chase (Josh Swickard), so this is undoubtedly about Finn’s decision to move out with Violet Barnes (Jophielle Love). Anna may be hoping there’s a chance Finn will move back in soon, but there are still issues to be resolved.

Of course, Peter August (Wes Ramsey) is the reason for those issues. Finn and Anna just can’t get on the same page about him, but there’s still a lot of love left between them. Violet cares about Anna as well, so it looks like she’ll be part of the conversation on Tuesday. GH’s preview shows Violet saying, “Make her stay.” It appears she’ll hope Anna can join in on some fun with Daddy, but we’ll see how they handle this.

As for Peter, he’ll find himself battling more guilt than ever. Maxie Jones (Kirsten Storms) will contend that they either tell each other everything or they have no relationship. She’ll hope for full honesty, but she’ll get some half-truths instead.

General Hospital Spoilers: Nik and Ava’s Plan Backfires, Couple Falls In Love With Each Other?

General Hospital spoilers say Peter will only come clean about a portion of the story. He’ll admit that Robert Scorpio (Tristan Rogers), Sam McCall (Kelly Monaco) and Jason Morgan (Steve Burton) all think he’s a murderous monster. Peter will talk about the attempts on Andre Maddox (Anthony Montgomery) and Franco Baldwin’s (Roger Howarth) lives. He’ll confess that Robert and “JaSam” think he was behind those attempts as well as Drew Cain’s (Billy Miller) presumed death.

Once Maxie wraps her head around all this, she’ll assure Peter she’s on his side. Maxie won’t think Peter could do anything like that now – not this new and improved Peter! That’ll leave Peter in an even bigger bind. Maxie will want to clear Peter’s name, so he’ll realize he needs a new strategy. GH fans can expect Peter to seek a scapegoat for his crimes, but that could be a pretty tricky tactic to pull off.

General Hospital Spoilers: Micheal Corinthos Will Take A Step Back At ELQ

Over with Michael Corinthos (Chad Duell), he’ll think it’s time to take a step back at ELQ. Since Michael’s trying to adjust to fatherhood, he’ll need to take a leave of absence at ELQ. Ned Quartermaine (Wally Kurth) will be more than willing to pick up the slack, but he’ll also be working hard to solve a mystery. He still doesn’t know who’s behind the threat to the company, but he’ll rant at someone over the phone – someone he’s paying to deliver answers!

Ned won’t have those answers just yet, but General Hospital fans know Valentin Cassadine (James Patrick Stuart) is to blame. He’s scheming for a takeover, but Julian Jerome (William deVry) will soon complicate the plot. Brook Lynn Quartermaine (Amanda Setton) will make it crystal clear that she’s not bluffing and will sink Julian if she has to. She’ll force him to hold up his end of the bargain when it comes to Linc Brown (Dan Buran).

Julian will indeed rough Linc up down on the pier, which could make Linx rethink this whole plan. At some point on Tuesday, Linc will tell Valentin this isn’t what he signed up for. However, Valentin will warn Linc that they have a deal. He’ll expect Linc to see this through to the end, which means securing Brook Lynn’s shares.