The Bold and the Beautiful Spoilers: Thomas Moves Up Wedding To Zoe, Steffy Furious That Thomas Is Using Douglas 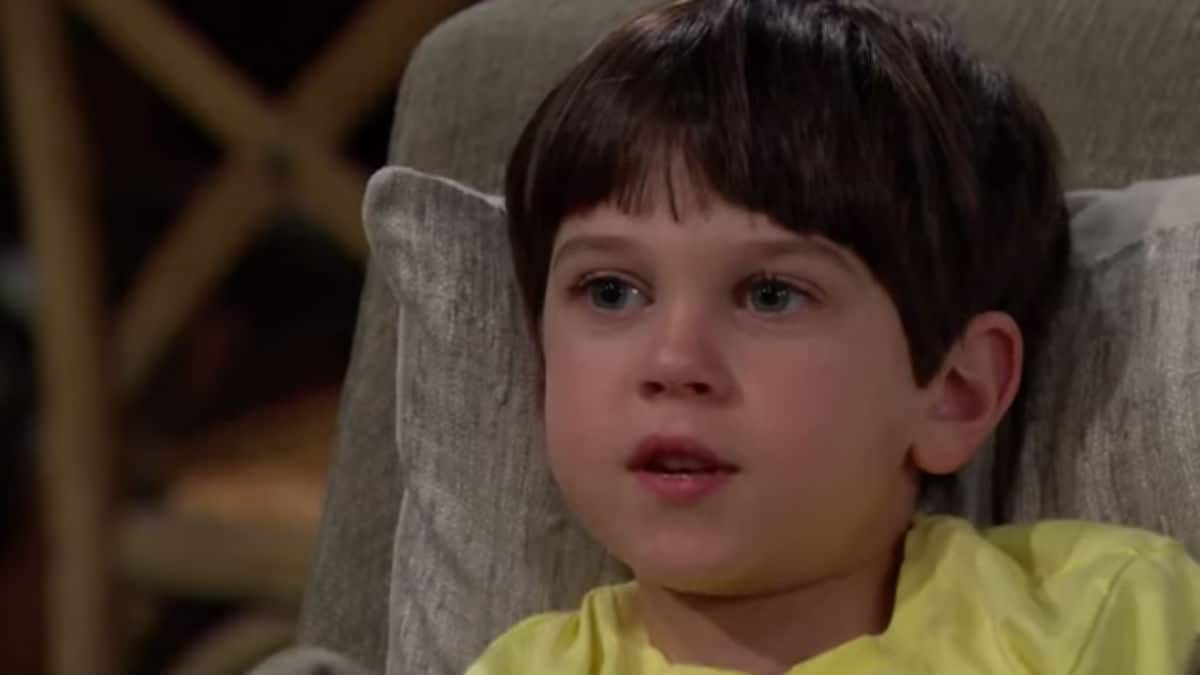 The Bold and the Beautiful promise for the week of March 2nd thru March 6th indicate that Thomas Forrester (Matthew Atkinson) moves forward with the next stage of his plan, while Steffy Forrester (Jacqueline MacInnes Wood) confronts Thomas about using Douglas Forrester (Henry Joseph Samiri).

Thomas moves up the wedding

Thomas’ plan to get Hope Logan (Annika Noelle) continues to move along. For the past few weeks, Thomas has been wining and dining Zoe Buckingham (Kiara Barnes) to spark Hope’s jealousy.

Last week, Thomas upped the ante when he proposed to Zoe. Their engagement stunned the Forrester family, who questioned Thomas’ feelings for Zoe.

Thomas has managed to convince everyone that he really loves Zoe, but fans know he’s still obsessed with Hope. This week Thomas is ready for the next stage in his plan.

He announces to Hope and Douglas that he and Zoe plan to marry right away.

When Thomas proposed to Zoe, Douglas was upset. Douglas was worried that with Thomas and Zoe together, Hope would no longer be part of his life. He expressed to Hope his wish that she and his daddy would be together.

While Hope understood Douglas’ concern, she told the boy that she and Thomas couldn’t be together.

This week after learning that Thomas and Zoe will be getting married soon, Douglas tells his father that he doesn’t want that.

As for Hope, she’s concerned about Douglas as well as her future in the boy’s life.

The Bold and the Beautiful Spoilers: Liam’s angry

Liam Spencer (Scott Clifton) has been angry with Thomas ever since he tried to keep the truth about baby Beth a secret.

Liam knows Thomas is obsessed with Hope and has tried to warn her many times. He’s vowed that he’s going to expose Thomas for his manipulations.

This week upon learning about Thomas’ wedding, Liam once again tries to convince Hope that Thomas is using Douglas and Zoe as part of a sick and twisted plan to get to her.

Bold And The Beautiful Spoilers And Recap Monday March 2: Katie Gets Cornered, Sally Moving In With Wyatthttps://t.co/wrEZK90ZHF

Liam isn’t the only one angry with Thomas, so is Steffy.

Steffy loves her brother and she was willing to give him a chance when he promised to change. However, she now realizes there’s no redeeming him.

Steffy has been working with Liam trying to expose Thomas. She knows that Thomas is using Zoe and Douglas, and this week she confronts him.

In a heated argument, Steffy admonishes Thomas for using his son in his sick plan to win Hope. She’s seen how upset Douglas is and the situation with Thomas and Zoe’s is hurting the boy. Steffy asks her brother if he plans to continue pushing his son until he begs Hope to stop the wedding.

Steffy loves her nephew and she doesn’t want to see him or anyone else hurt by Thomas’ manipulation.

But will Steffy be able to convince her brother to stop his plan.