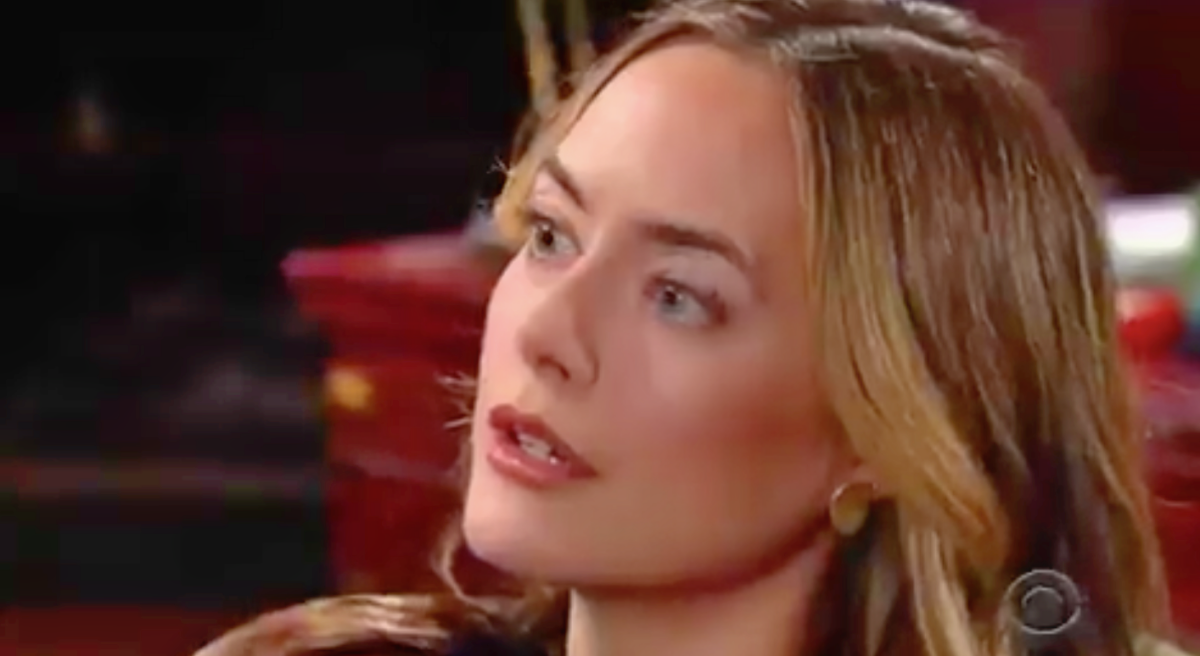 The Bold and the Beautiful spoilers for Tuesday, March 3, tease that Thomas Forrester (Matthew Atkinson) will cause more havoc in the lives of some of the people closest to him. As B&B viewers know, he’s been manipulating in order to get Hope Logan (Annika Noelle) for himself. It’s a long-range and pretty convoluted plan, but he proposed to Zoe Buckingham (Kiara Barnes) with the underlying goal of eventually getting Hope to be with him.

Thomas has been deliberately manipulating Douglas Forrester’s (Henry Joseph Samiri) feelings in the process. He specifically proposed to Zoe right in front of Douglas, which caused Douglas to freak out and run out of the room…just as Thomas wanted him to do. As B&B viewers now, Thomas wants to upset Douglas so that he’ll turn to Hope for comfort.

The Bold and the Beautiful Spoilers: Carter Tries To Talk Some Sense Into Zoe – Thinks She Can Do Better Than Thomas

The plan here is for Douglas to start working on Hope and begging her to be with Thomas. Thomas knows that Douglas absolutely does not want him with Zoe, and that when Douglas gets upset, that kicks in Hope’s maternal instincts to protect him. The overarching goal here is to manipulate Hope to “realize” that she needs to be with Thomas, not Zoe. It’s a super manipulative plan, and it all rests on upsetting Douglas.

The Bold and the Beautiful spoilers for Tuesday say that Thomas will decide to up the ante in his plan to upset Douglas and therefore affect Hope. Thomas will announce that he wants to marry Zoe immediately, and it appears that he will make this big announcement in front of Douglas, Hope, and Zoe.

Of course, this will cause another meltdown for Douglas. According to B&B spoilers, Douglas will exclaim that he doesn’t want the wedding to happen. Douglas will predictably turn to Hope for comfort, and Hope will reel from the news as well. In fact, she’ll probably end up having another talk with Thomas about the effect of his wedding plans on Douglas.

That will set the stage for Thomas to again remind Hope that his life is his own, and since she didn’t want him, she can’t stop him from being with someone who does. What Thomas really wants is for Hope to eventually realize that the best thing for Douglas is for Thomas to dump Zoe and be with her.

Meanwhile, on Tuesday’s new episode of B&B, it looks like Thomas will also spend some time with his friend Vinny Walker (Joe LoCicero). As B&B viewers know, Vinny is a good friend to Thomas, but he’s also pretty shocked by the way Thomas has been manipulating his own son. Vinny really seems to care about Douglas and doesn’t want to see him get hurt.

Well, as Vinny gets updates on what Thomas is doing with respect to the accelerated wedding plans, he’ll apparently freak out. He’ll realize that Thomas is moving up the wedding just to get a rise out of Douglas, and he won’t like it that Douglas’ feelings are being manipulated all for Thomas’ gain with Hope.

The Bold and the Beautiful spoilers say that Vinny will call out Thomas for what he’s doing with respect to Douglas, and how he’s using him as a means to an end to get Hope. However, something tells us that Thomas won’t be deterred from his scheme just because Vinny doesn’t like it, and ongoing B&B spoilers say that this accelerated wedding will get underway in the next several days.