The Young and the Restless Spoilers: Tuesday, March 3 – Mariah Denies Cheating On Tessa – Reed Visits Victoria – Adam To Be In Charge At Newman 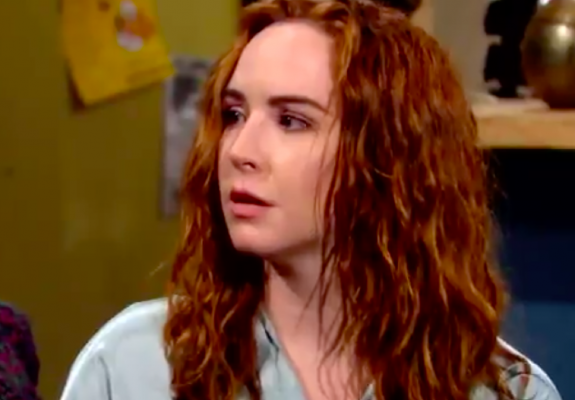 The Young and the Restless (Y&R) spoilers for Tuesday, March 3, tease that Mariah Copeland (Camryn Grimes) and Lindsay (Kirby Bliss Blanton) will be shocked to see Tessa Porter (Cait Fairbanks) standing at the door of the apartment.

Tessa will explain that she thought that she’d surprise Mariah. Mariah will gripe about Tanner Watts (Chase Coleman) being shirtless on the phone, and Tessa will insist that she didn’t sleep with Tanner.

Y&R Spoilers: Reed Hellstrom Surprises His Mother With A Visit

Next on Y&R, at the Newman ranch, Victoria Newman (Amelia Heinle) will be happy to see Reed Hellstrom (Tristan Lake Leabu), who will say that Nick Newman (Joshua Morrow) filled him in on what happened to his mom. He’ll wonder how Billy Abbott (Jason Thompson) let this happen after everything that went down with his father.

Later, Victor Newman (Eric Braeden) will let Nick know that he’s made a decision about the CEO spot at Newman Enterprises, and that Adam Newman (Mark Grossman) is the only option. Nick will wish him luck with that, while Nikki Newman (Melody Thomas Scott) wonders if Victor can trust Adam.

Meanwhile, Sharon Newman (Sharon Case) will be dealing with nausea at her home. She’ll be talking with Rey Rosales (Jordi Vilasuso) about her numbers and the possibility of her next chemo session getting canceled when Faith Newman (Alyvia Alyn Lind) arrives. Rey will head to work, and Sharon will battle more nausea, even getting sick at one point.

Mariah will then arrive and talk with Sharon privately. She’ll say that her life is a dumpster fire and that she lit the match. They’ll go through what happened with Tessa, and Sharon will offer advice, even saying that she knows how Mariah can fix this. While all this is going on, the ice storm outside will develop.

Next on Y&R, at the Grand Phoenix, Phyllis Summers (Michelle Stafford) will check in on Amanda Sinclair (Mishael Morgan) and will get updates on Ripley Turner’s (Christian Keyes) arrest. The women will talk about how Amanda’s coping with all of this, and Phyllis will reassure her friend.

Phyllis will then head to Nick’s house, where Nick will question Phyllis about their kiss at the Newman gala. He’ll be firm with her that this isn’t going to happen. Phyllis will tell him to get over himself, then ask for his help with expansion properties. Nick will surmise that she must have done something to make Abby Newman (Melissa Ordway) and Chelsea Lawson (Melissa Claire Egan) walk away from the hotel.

Phyllis will eventually leave, but as it turns out the ice storm will have gotten worse during the time she spent at Nick’s. She’ll return to the house saying there’s ice everywhere and that she’s not going anywhere tonight.

Next on Y&R, at Crimson Lights, Elena Dawson (Brytni Sarpy) will surprise Devon Hamilton (Bryton James) with a key to the New Hope medical clinic. She’ll be excited for him to see the clinic. Soon, Amanda will arrive and the three will talk about the situation with Ripley, as well as the fact that Devon got his money back from Colin Atkinson (Tristan Rogers).

Over at Society, Chelsea and Adam will talk. Adam will be wondering about whether Victor is really willing to let Newman Enterprises fall apart rather than putting him at the helm, and Chelsea will offer her support. Adam will then get a call from Victor asking him to come to the ranch.

Once there, Adam will learn about Victor’s decision to put him in charge for the time being, but he’ll wonder what he must do to prove his loyalty to Victor. Nikki and Chelsea will go to check on the kids so Victor and Adam can talk, and the storm outside will be raging. Victoria will join them, and Adam will remark that he supposed they’ll have all night to work out details.

Finally, on Tuesday’s new episode of Y&R, Elena will show Devon the New Hope clinic. Devon will be impressed with the whole thing. Soon, Nate Hastings (Sean Dominic) will arrive, announcing that the storm has gotten much worse and that they’re stuck there for the evening.