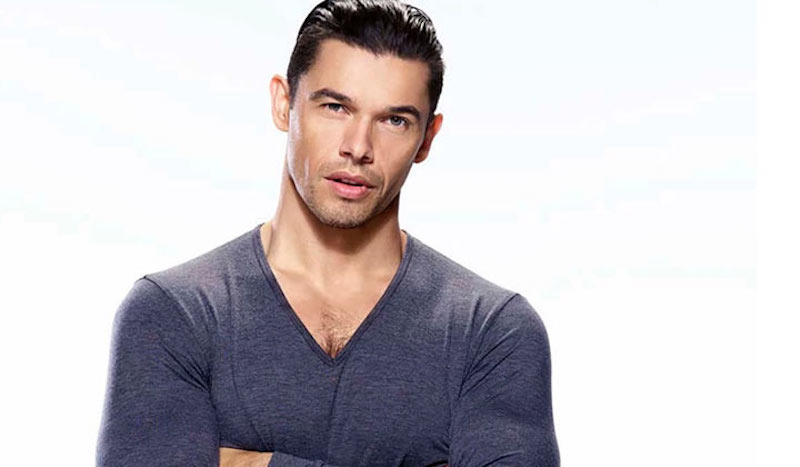 Paul Tefler, also known as Xander Kiriakis on “Days of Our Lives,” announced that the movie “Green Rush” was purchased by Lionsgate for distribution. The actor starred in the film and also served as its co-writer and producer.

The movie was described by MMA Junkie as a “dark, edge-of-the-seat thriller.” The story revolves around two brothers who own a cannabis farm at a time when the laws surrounding its distribution and sales remain unclear. The siblings end up getting betrayed and their farm will be robbed. The movie focuses on the events that happen in just a few hours.

“Green Rush” also stars Andre Fili and Urijah also served as a producer. It was created by Rick Lee, who’s known in the MMA sphere. The other individuals who worked behind the scenes to bring this movie to life include Danny Acosta, Misha Crosby, and Gerard Roxburgh.

Days of Our Lives Spoilers: Xander Gets Rattled

Days of Our Lives Spoilers Tuesday, March 3: Ciara And Will Work To Exonerate Ben – Ben’s Life With Ciara Flashes Before Him – Xander Is Upset https://t.co/DLISam0zMa pic.twitter.com/sWegaHsb3f

“Days of Our Lives” spoilers for the week of March 2 hint that Xander Kiriakis (Paul Telfer) will be flustered when he sees Dr. Raynor (Victoria Platt). Viewers may recall that Victor Kiriakis (John Aniston) already paid off Dr. Raynor in exchange for her silence about the baby switch and leave town. She’s supposed to be somewhere far away enjoying life. Unfortunately, she’s still in town and it seems like her presence will stir a lot of problems.

She’ll be causing trouble for Xander. Nicole Walker (Arianne Zucker) will overhear their tense conversation and she’ll assume that they are both keeping a huge secret.

Justin And Marlena Negotiates With Stefano

Stefano will have no clue that Justin is working with John Black (Drake Hogestyn), who’s come up with a plan to outsmart him. However, Justin and John’s plan won’t go the way they wanted in the end. Their botched scheme will lead to Marlena’s abduction.

Meanwhile, Evan Frears (Brock Kelly) will spill some shocking secrets to Sonny Kiriakis (Freddie Smith). Later, he’ll pull out a gun and hold Sonny at gunpoint. He’ll explain everything to Sonny and hope that the latter will understand.