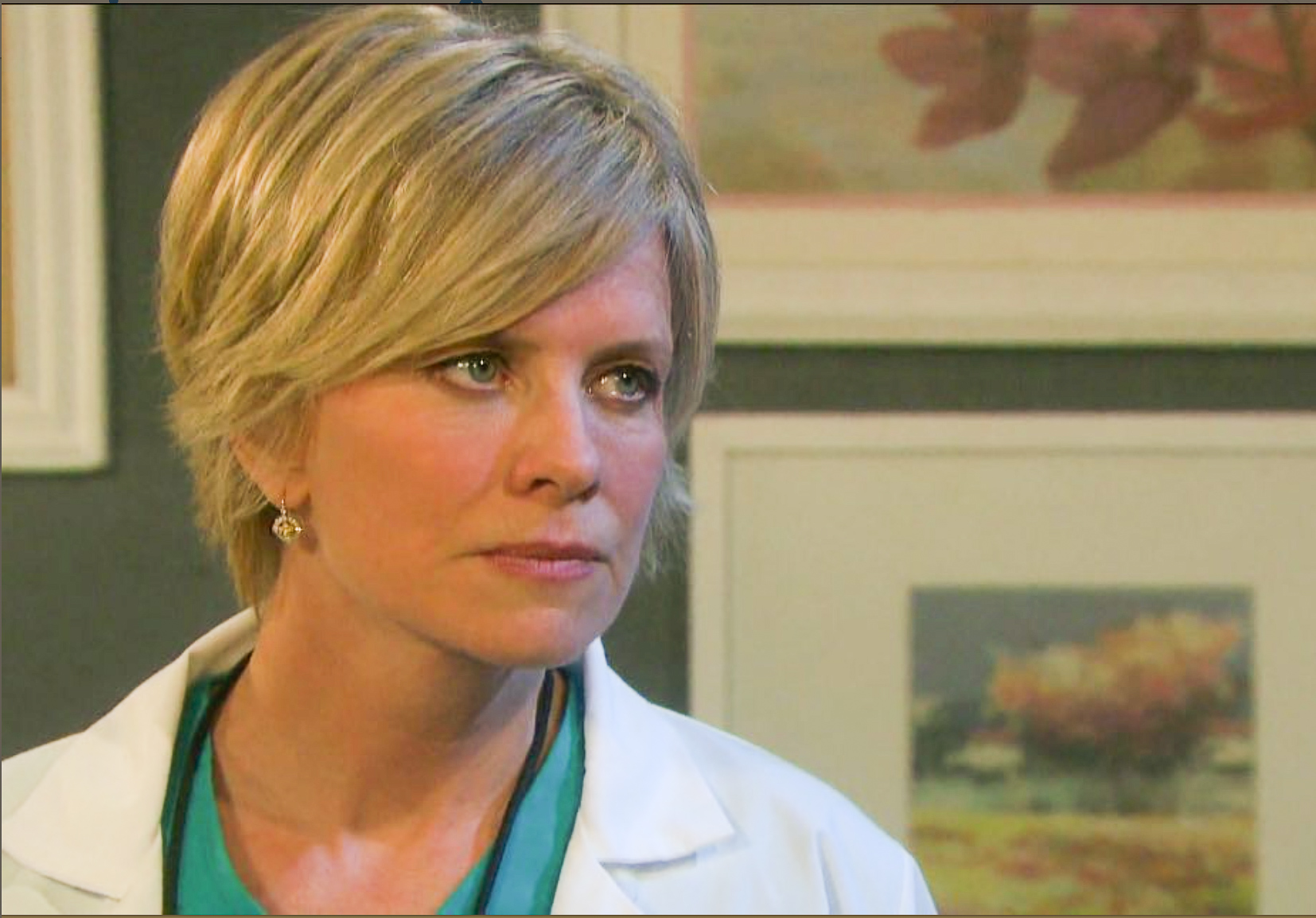 Days of Our Lives (DOOL) spoilers tease “Stefano” DiMera (Stephan Nichols) isn’t about to give up his quest for his Queen of the Night, Dr. Marlena Evans (Diedre Hall). “Stefao”, whose essence currently resides in Steve Johnson’s (also Stephen Nichols) body, has tasked Justin Kiriakis (Wally Kurth) with getting Marlena to him, in order to free Kayla Johnson (Mary Beth Evans) from captivity.

After “Stefano” was shot by Chad DiMera (Billy Flynn), he escaped and made a beeline to Kayla. Still pretending to be Steve, he got Kayla to patch him up and take him to a hiding place. While he recovered, he continued pretending to act like Steve until Kayla pushed him too far and revealed his “true” self. Eventually, he got the upper hand and now has Kayla as his prisoner. He contacted Justin and first made demands for money, 10 million dollars to be exact. Justin was able to acquire the money but then “Stefano” added a new demand. He demanded that Justin bring Marlena to him!

Marlena has no desire to become “Stefano’s” Queen of the Night, no matter whose body he is in. But she will want to do whatever she can to help Kayla. But would she give herself up as bait? She recently had Hattie Adams (Diedre Hall), her lookalike impersonate her to fool “Stefano” but that trick likely won’t work again and it would be asking a bit too much to ask her to do it again. He almost killed Hattie the last time. So Justin and Marlena, and likely John Black (Drake Hogestyn) will have to come up with another plan.

Days of Our Lives Spoilers: Kayla might free herself!

Kayla has already untied her bonds once and there is no reason to think that she can’t escape on her own. But “Stefano” will be watching closely, so she’ll have to be even more crafty. But if not, Justin and Marlena will come up with a new way to free Kayla. Let’s just hope it doesn’t require Marlena giving herself up to “Stefano”, although a showdown seems imminent. “Stefano’s” downfall is coming, but it will likely involve a confrontation with Marlena before all is said and done.

Will Kayla manage to escape on her own? Or will Justin and Marlena find a way to free Kayla without putting Marlena in danger? Only time will tell, so stay tuned to Days of Our Lives, weekdays on NBC. And check back right here for all your Days of Our Lives news, information and spoilers!