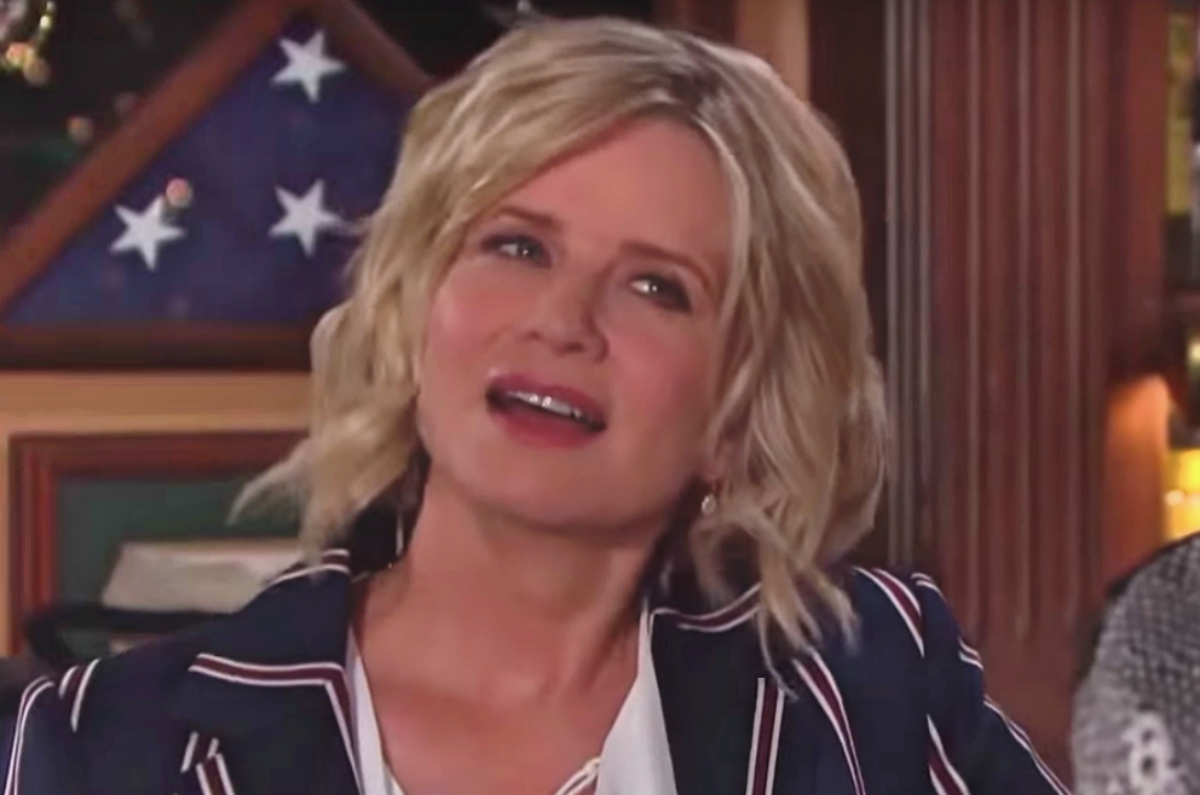 Days of Our Lives (DOOL) spoilers tease that Dr. Wilhelm Rolf (William Utay) revealed today that Stefano Dimera’s (Joe Mascolo) essence was transferred into Steve Johnson’s (Stephen Nichols) via a microchip he implanted. He told Kayla this information after she buttered him up by telling how brilliant he is. She even got him to show her his notes, so this will likely come into play in future episodes.

Rolf is nothing if not loyal to Stefano, no matter whose body he is in. He once took a cyanide pill in order to keep from giving too much information, although he got better. He won’t likely just give up his notes or provide any other assistance. So Kayla will likely insist that his notes be found and given to her. If anyone has a chance of making heads or tails of Rolf’s notes, it is Kayla.

DOOL Spoilers: Not Just Steve Johnson, But Hope Williams Too

Kayla’s ex-husband Steve isn’t the only one who could use her expertise. Princess Gina’s (Kristian Alfonso) consciousness was transferred into Hope Williams (also Kristian Alfonso) all thanks to Rolf. If they have any hope of saving Hope and Steve, it may come down to Kayla and Rolf’s notes if he won’t cooperate.

Princess Gina is already in custody but “Stefano” is currently very much on the loose. Currently, he has Kayla hostage and wants to trade her for 10 million dollars as well as Marlena Evans (Diedre Hall). But Stefano’s plan never really work in the end, so it will likely be thwarted before too long.

Days Of Our Lives Spoilers: Steve Johnson Will Likely Be Apprehended

But “Stefano’s” reign of terror won’t last forever, and he will likely be apprehended before too long. Even though Kayla is involved with Justin Kiriakis (Wally Kurth) now, Steve is the love of her life and she will likely do whatever she has to make sure Steve, as well as Hope, are brought back. It may not be easy, but if anyone can bring them back, it’s Kayla.

Will “Stefano” be captured soon? Is it possible for Steve and Hope to come back after Rolf’s procedures? DO his notes hold the key to bringing them back and will Kayla be able to decipher them? Anything can happen, so stay tuned to Days of Our Lives airing weekdays on NBC. And don’t forget to check back here regularly for all your Days of Our Lives news, information and spoilers!