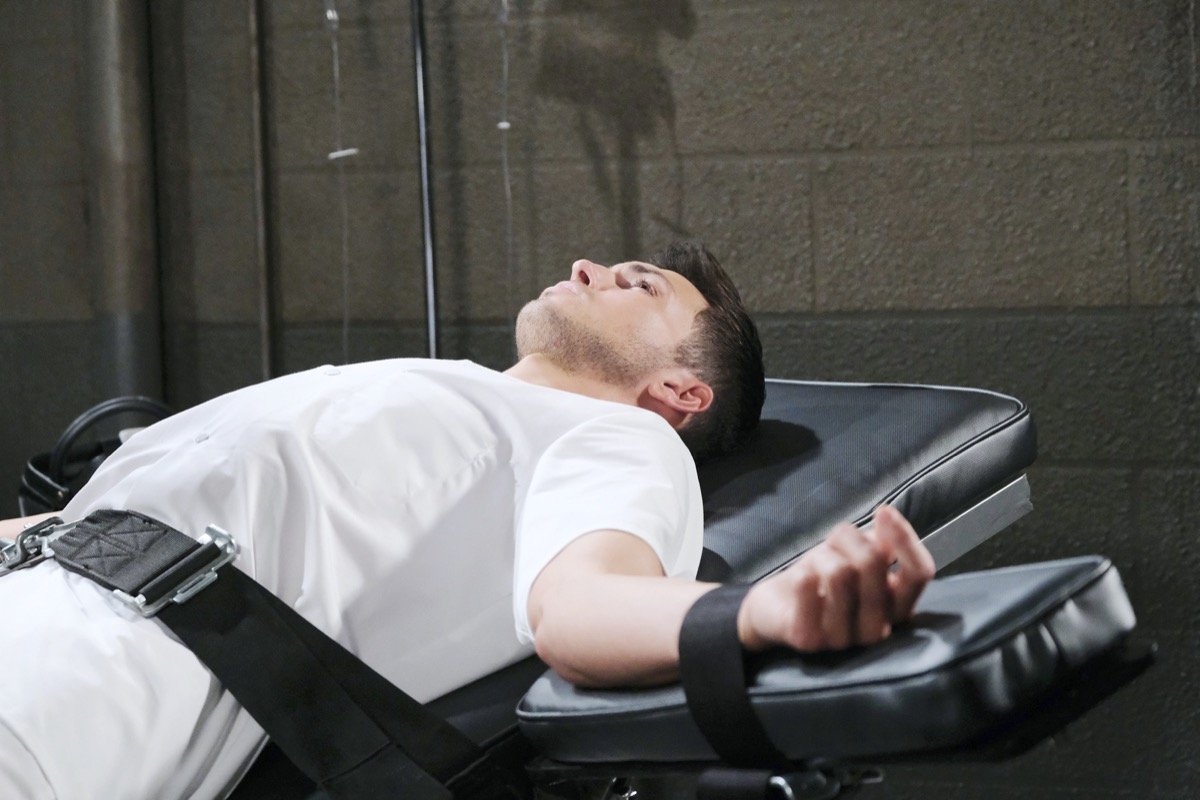 DOOL Spoilers: Nicole Walker Will Be Hot On Xander Kiriakis’

Nicole’s already been dealing with some concerns about Xander and Victor Kiriakis’ (John Aniston) secrets. She thought it was weird for them to be so hung up on getting Tate Black (Colin and Kyle Schroeder) tested. Now that Xander’s having intense conversations with Dr. Raynor, it’ll give Nicole one more reason to suspect something’s up.

Days of Our Lives spoilers say Nicole will get a step closer to cracking the baby swap case, but she won’t quite get there just yet. At Statesville, Ciara Brady (Victoria Konefal) will pry a confession out of Evan Frears aka Christian Maddox (Brock Kelly). She’ll shove Evan up against the glass and demand that he stop Ben Weston’s (Robert Scott Wilson) execution with the truth.

Days Of Our Lives Spoilers: Nicole Walker Will Get A Step Closer To Cracking the Baby Swap Case

DOOL fans can expect Evan to blurt out that he killed Jordan Ridgeway (Chrishell Stause). As a result, Marlena Evans (Deidre Hall) will convince the warden to halt the lethal injection process. Unfortunately, Ben’s heart will still stop thanks to the drugs he’s been given. After Ben flatlines, Ciara will desperately beg her true love to come back to her – and luckily, he will.

Other Days of Our Lives, news and updates spoilers say Rafe Hernandez (Galen Gering) will hope to find David Ridgeway (Caleb and Kyler Ends). Evan kidnapped David, but he hasn’t revealed where the kid’s stashed or who’s helping him. That’s where Rafe will come in on Wednesday. He’ll confront Evan and hope he can ensure David’s safe return ASAP.

DOOL Spoilers: “Evan Frears” Won’t Cough Up Too Many Details

Evan probably won’t cough up too many details, but Days spoilers say those are coming next week. Until then, Maggie Kiriakis (Suzanne Rogers) will face a guilty conscience. She’ll struggle to just go out and enjoy a meal with Victor like she normally would. Maggie’s out on bail, but that won’t seem right to her. She’ll be eager to get the show on the road and start doing time for killing Adrienne Kiriakis (Judi Evans).

Days spoilers say Victor will try to talk Maggie out of pleading guilty, but it seems she’ll stand her ground. Maggie intends to suffer the consequences for her actions, so we’ll see how things turn out for her. As other DOOL news emerges, be sure to check back for updates. There’ll be plenty of Days of Our Lives spoilers to pass along.