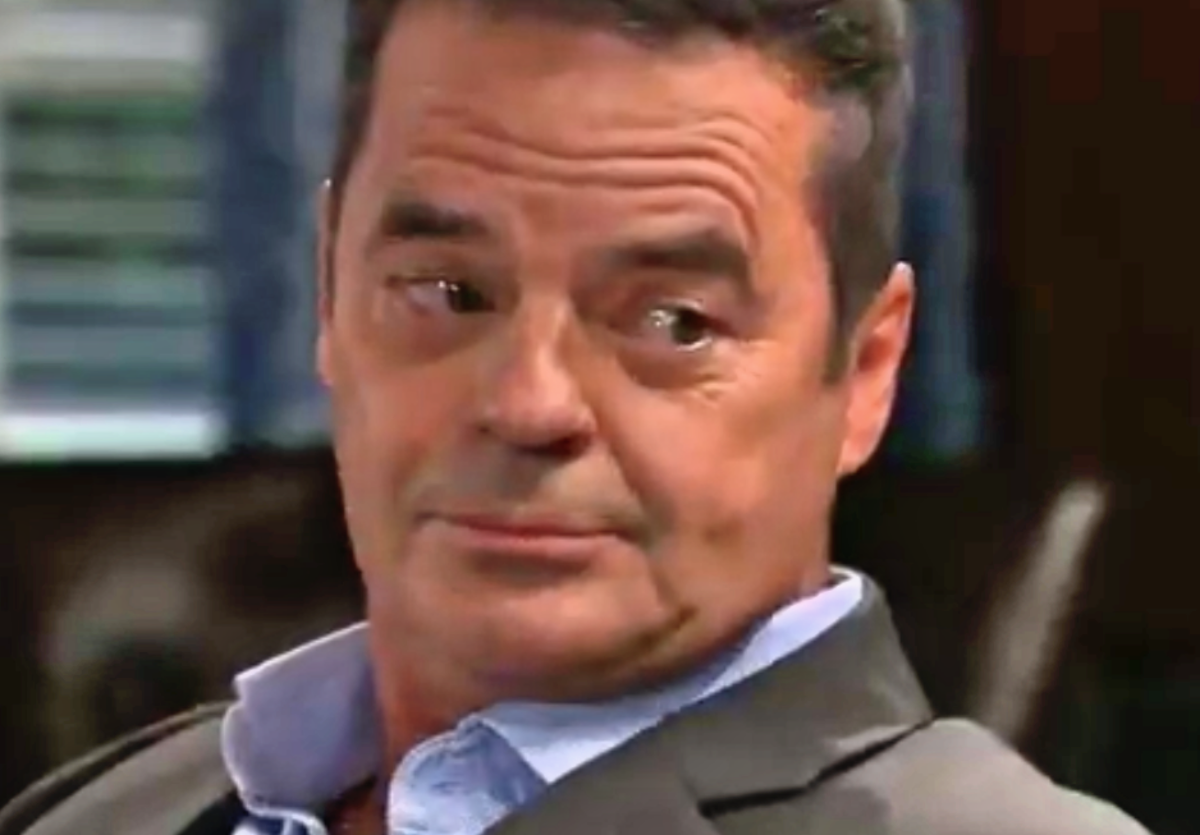 Ned comes in and demands Brook go to work at ELQ. Ned tells Brook she is avoiding her problem. Brook thinks her producer is coming around. Ned asks if the producer has had a change of heart. Ned refuses to clean up another mess. Michael tries to convince Brook that Ned is just worried about her. Brook wishes Michael happiness with Wiley. Michael says he and Wiley can make up for the lost time. Michael feels bad for Lucas Jones (Ryan Carnes) or Willow Tait (Katelyn MacMullen). Michael tells Ned he needs to take a leave of absence from ELQ and asks him to fill in. Olivia and Ned try to talk Michael out of this.

Michael only needs a month. Ned calls a meeting to try to handle things at ELQ. Ned says they need more seasoned leadership. Ned plans to make his takeover permanent. Brook calls to check on Lucas. Michael calls Diane Miller (Carolyn Hennesy) to ask about changing his son’s last name. Diane suggests Wiley Quartermaine-Corinthos. Michael asks how soon they can get the baby’s name changed. Diane tells Michael they have to wait to see what Nell does. Diane says Nelle is a very big part of their son’s life right now.

General Hospital’s Julian meets with Linc Brown (Dan Buran) on the docks. Julian talks about how people can fall into the water out there and no one would hear their cries. Julian mentions Brook and tells him that contract is about to change. Julian starts pushing the guy around. Linc claims to care about Brook. Julian doesn’t know much about the music industry. Brook doesn’t want to make music for Linc. Julian tells Linc that Brook wants to be free now.

Julian promises to make things difficult for Linc if he doesn’t release Brook from her contract. Valentin Cassadine (James Patrick Stuart) interrupts Julian’s shakedown of Linc. Valentin tells Linc if Brook got Julian to come after him, she’s desperate. Julian tells Brook she’s on her own from here on out. Brook threatens to tell Lucas everything. Julian says Brook is bluffing. Julian asks Brook what she is going to tell Lucas.

Julian tries to intimidate Brook. Brook says Sonny will take her word for what Julian did. Julian tells Brook, either way, Lucas loses someone else. Julian doesn’t think Brook wants his blood on her hands. Valentin wants Linc to make a move on Brook now. Linc tells Brook he will let her out of her contract for her shares in ELQ.

General Hospital’s Maxie Jones (Kirsten Storms) tells Peter August (Wes Ramsey) she turned down lunch with Damien Spinelli (Bradford Anderson) to avoid questions about him. Peter tells Maxie that Anna Devane (Finola Hughes) and Hamilton Finn (Michael Easton) are having issues because of him. Peter tells Maxie she needs to know what is being said about him. Peter says Jason Morgan’s (Steve Burton) love for Sam McCall (Kelly Monaco) made him search for someone to blame.

Peter goes on to say that this all comes down to love. Peter asks Maxie if she believes him. Maxie kisses Peter and asks how he didn’t tell her this before. Maxie says they tell each other everything or they have no relationship. Maxie tells Peter no one can come between them except them. Liesl Obrecht (Kathleen Gati) arrives and says there is no place like home. Liesl has brought back gifts for Maxie and the baby.

Liesl talks about how she has found peace. Maxie gets a message to call Nina Reeves (Cynthia Watros). Liesl says she had to step away from his father to stay in Maxie and her grandson’s life. Liesl offers to be there to listen to Peter if he needs to talk. Maxie asks what she missed while she was gone. Peter and Liesl tell Maxie they have become closer.

General Hospital’s Finn has Violet Barnes (Jophielle Love) at the park for a skating lesson when Anna approaches. Violet asks if Anna is going to join them. Finn goes to get hot chocolate so Violet can talk to Anna. Violet tells Anna she misses her. Violet uses her stuffed animals to try to get Finn and Anna to make up. Violet goes to her lesson leaving Finn and Anna alone. Anna tells Finn they can fix their relationship. Violet skates by Finn and Anna and calls to them. Finn talks about confiding in his brother.

Finn tells Anna that he told Harrison Chase (Josh Swickard) that he moved out because he doesn’t trust Peter. Anna wants to know if Finn’s doubts are worth them ending their relationship over. Finn cannot take the same risk on Peter that Anna can. Violet asks if they can go back to Anna’s now. Anna helps Violet with her coat. Finn tells Violet to say goodbye to Anna so they can go. Finn and Violet walk away.

General Hospital Spoilers: Alexis Davis Has A Heart To Heart With Valentin Cassadine

General Hospital’s Alexis Davis (Nancy Lee Grahn) and Valentin discuss his legal problems. Valentin vows to keep everything including the Cassadine name. Valentin plans to gain redemption. Alexis tells Valentin he needs to start respecting himself. Alexis says both of them were on the outside looking in. Valentin tells Alexis how much alike they are.