The Bold and the Beautiful Spoilers: Wednesday, March 4 – Hope Turns To Liam After A Conflict With Thomas – Steffy Overhears A Disturbing Conversation 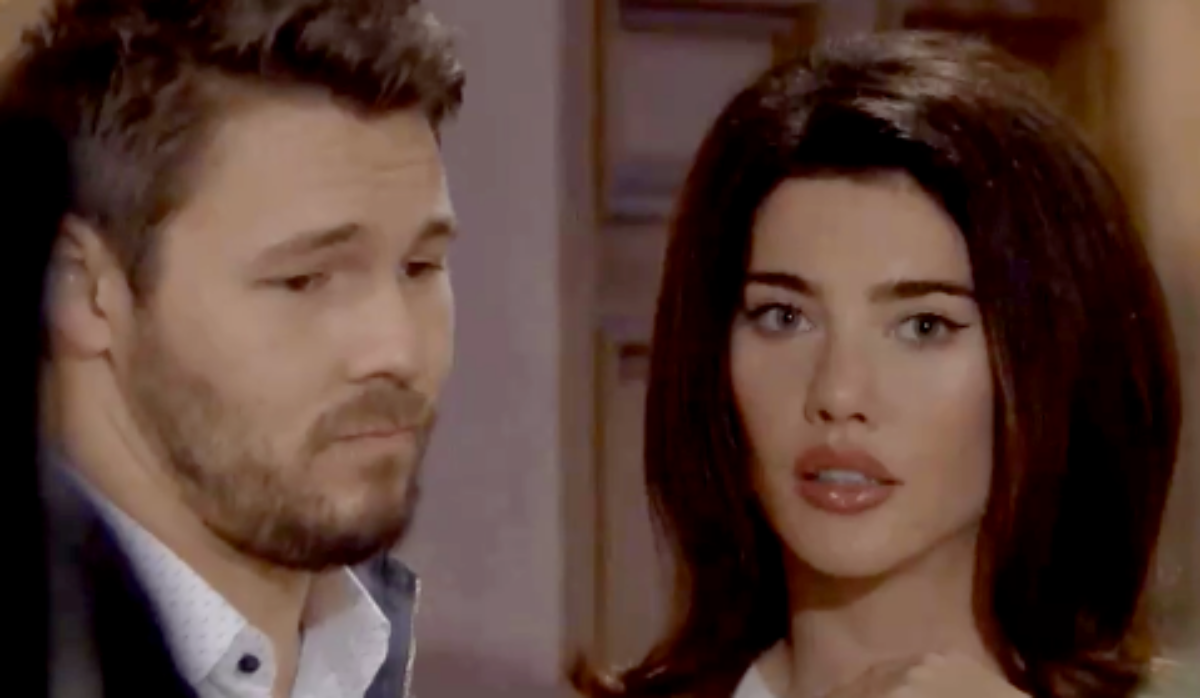 The Bold and the Beautiful spoilers for Wednesday, March 4, tease that Hope Logan (Annika Noelle) will find herself having to comfort Douglas Forrester (Henry Joseph Samiri) once again. As B&B viewers know, Thomas Forrester (Matthew Atkinson) has just ambushed Douglas with the news that he and Zoe Buckingham (Kiara Barnes) are getting married right away, and Douglas is horrified by the whole thing.

On Wednesday’s episode of B&B, it looks like Hope will blast Thomas for his decision to move things along with Zoe quickly when Douglas clearly isn’t ready for it. Of course, Thomas planned the whole scene just to get Douglas to freak out, so that Hope would be in the position of needing to comfort him and make things right.

It appears that Hope and Thomas will get into it, but knowing Thomas, he’ll likely stick to his plan, which is to point out to Hope that she didn’t want him, so he has every right to go find happiness with Zoe or anyone else of his choosing. Well, according to the Bold and the Beautiful spoilers, Hope will go from her conflict with Thomas straight to Liam Spencer (Scott Clifton) for assistance.

Of course, Hope knows that Liam also cares about Douglas, so it seems that she’ll go to him with the news about Thomas’ desire to marry Zoe right away and the effect that it’s having on Douglas. As B&B viewers can imagine, Liam is going to see Thomas’ actions for what it really is – a deliberate scheme to provoke Douglas to get to Hope.

We’ll see what Hope and Liam’s conversation brings on Wednesday’s episode, but it looks like Liam will try desperately to get Hope to see that Thomas is trying to manipulate her, and that he’s using Douglas to do it. But will Hope start to buy what Liam is selling at this point? Up until now, she’s been hesitant to believe that Thomas is still obsessed with her, so we’ll see.

Meanwhile, on Wednesday’s new episode of B&B, Steffy Forrester (Jacqueline MacInnes Wood) will overhear a disturbing conversation that’s not meant for her ears, and she’ll wind up feeling completely gutted. It appears that she might overhear Thomas talking with Vinny Walker (Joe LoCicero), and she’ll be horrified by Thomas’ words.

The Bold and the Beautiful Spoilers: Is Steffy Keeping Thomas’s Secret Worth It? https://t.co/yN4kNpZqpa pic.twitter.com/Z0OIvaKiHp

The Bold and the Beautiful spoilers say that Steffy will realize after hearing Thomas that he’s still manipulating to get Hope, and worse, she’ll hear that her kiss with Liam on the cliff was orchestrated by Thomas with the specific intent of driving a wedge between Hope and Liam. It seems that she’ll be livid that she managed to get swept up in Thomas’ big scheme.

Of course, B&B viewers know that Steffy has long resisted the idea that Thomas is still obsessed with Hope. She and Liam have gone back and forth about the possibility, and she’s consistently defended her brother, but now she’ll be forced to realize that Liam was right, and that Thomas is still scheming.