The Young and the Restless Spoilers: Nick Sets Phyllis Straight – “Phick” Is NOT Happening! 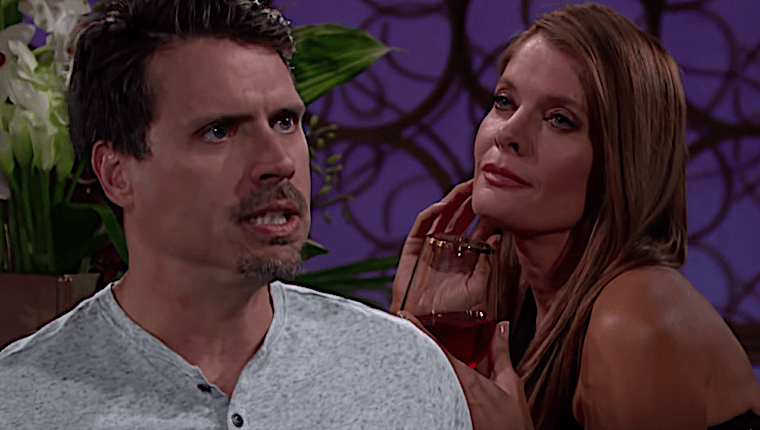 Viewers of The Young and The Restless will recall that Phyllis attempted to be testing the waters of a revived romance when she suddenly kissed Nick on the lips at the Newman gala. Then the attack on Victoria Newman (Amelia Heinle) happened, and Phyllis was kind and supportive of all the Newmans, focusing on Nick, which he was grateful for. However, after Victoria comes to and the family and Nate Hastings (Sean Dominic) is confident she can come home for the remainder of her recovery, Phyllis drops in at Nick’s house with takeout and suggests they have a meal together.

Y&R Spoilers: Nick Newman Becomes Suspicious That This Is More Than A Friendly Meal

However, Nick becomes suspicious of Phyllis’ intentions and that this is more than a friendly meal. They do have a cat and mouse thing going on with each other and enjoy flirting with and teasing each other, but Nick suspects that she is trying for more. So he kind of intimates it to her without actually coming out and saying it. He starts with asking why she kissed him at the Newman gala; he’s actually brought up the subject a couple of times since and she’s always just brushed it off. He flat out asks her what’s up with the kiss – it’s not because he’s dying to know, but he notices that the more he asks about it the more uncomfortable she seems to become – so he’s not going to let it drop until he gets an answer. She finally tells him it was just spur of the moment and didn’t mean anything other than affection.

The Young and the Restless: Nick Newman Sets Phyllis Straight

Nick then sets Phyllis straight that another romantic relationship between them is not happening – it never worked before and he doesn’t think it will work now. He says that, but hasn’t completely closed the door on the idea because she intrigues him and he finds her irresistibly sexy, but all their previous marriages – and there have been a few – have always failed and never ended well.

Phyllis then switches gears and she confesses that she does have an ulterior motive for her visit – she reveals that she is now back to being full owner of The Grand Phoenix, and she’s thinking of expanding the brand, and wants to ask Nick about some of the properties that she took over from Adam Newman (Matthew Atkinson) and gave back to Nick.

Nick doesn’t believe her – there is a lot of history between them and he knows her very, very well. However, when she put her mouth on him and kissed him they both still felt something and the old feelings of being hot for each other were still there. Phyllis starts to go home, but there is an ice storm going on outside and it’s gotten worse – she doesn’t feel safe driving on the roads at night. Phyllis asks Nick to crank up the fireplace because she’s staying overnight – however, there is a chance that they won’t need the fireplace to keep the place fiery hot!